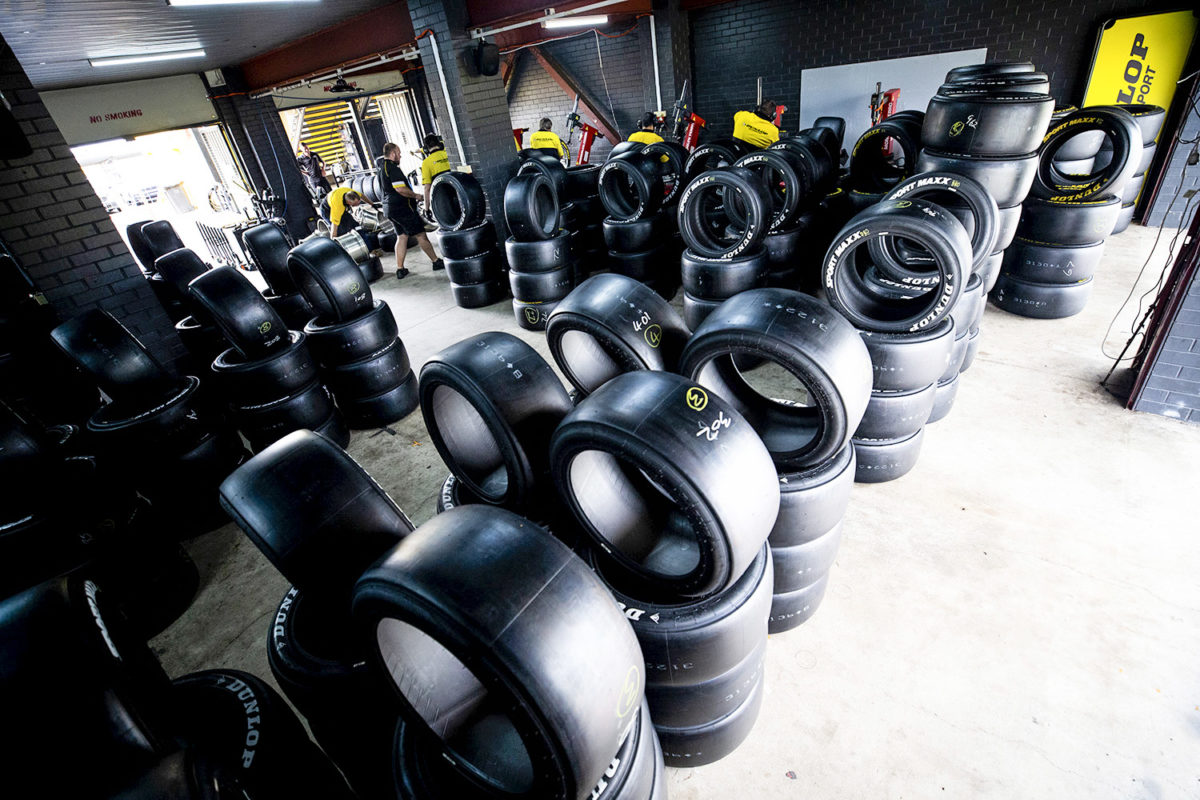 The tyre allocation for the 2022 Repco Supercars Championship has been revealed.

After its debut last year, the use of the super soft tyre has been expanded from two events to five.

Furthermore, as reported earlier today, that compound will be a step softer this year than it was in 2021, as well as being identified by blue sidewall markings going forward.

As was ultimately the case at the penultimate event of last year, the Beaurepaires Sydney SuperNight will feature a multi-step gap in compounds, specifically 28 hard tyres per car and eight super softs, across a pair of what will be 300km races.

It was that format, then for encounters of 250km length, which led to an intriguing, night-time contest in Race 29 of the 2021 season, when late spots of rain further spiced up proceedings.

A key difference between then and now, however, will be the stipulation this March of three compulsory pit stops in each race instead of two when the field was last at Sydney Motorsport Park in November.

The NTI Townsville 500, Event 7 of the season, is also mixed-compound, with each driver given 24 hard tyres and eight super softs.

Marbles are a common concern at the Reid Park Street Circuit, although it should be noted that the super softs apparently do not wear out in such a fashion.

Albert Park is a mixture of the hard and soft compound, Mount Panorama and Pukekohe will necessarily see hard tyres only, and the rest of the racing will be run on softs.

As before, competitors will typically be obliged to hand back two sets of ‘event marked’ (ie new for the event) tyres and their pre-marked rubber for each car before the first qualifying session of an event.

For the Dunlop Super2 Series, every round will see each driver allocated eight new hard tyres, as was the case in 2021.

One notable change to Supercars’ tyre regulations for 2022 is that competitors will now be allowed to have wet tyres rotated on a wheel at an event.

Rule D17.3.2.1 of the Operations Manual states, “Unless prior approval of the HoM, [head of motorsport] it is not permitted to turn, rotate or remove a Dry Control Tyre from a wheel and/or refit a Dry Control Tyre to a wheel for the duration of the Event.”

Last year, that rule contained no specific reference to a wet or dry tyre, with the change having the effect of allowing teams to balance their use of relatively scarce wets if need be.

Tickford Racing used tyre turning to masterful effect at Hidden Valley in 2014, when Mark Winterbottom was able to fend off Shane van Gisbergen for victory despite stretching two sets of softs across three stints of racing, although that is no longer allowed.

The season-opener takes place at Sydney Motorsport Park on March 4-6.