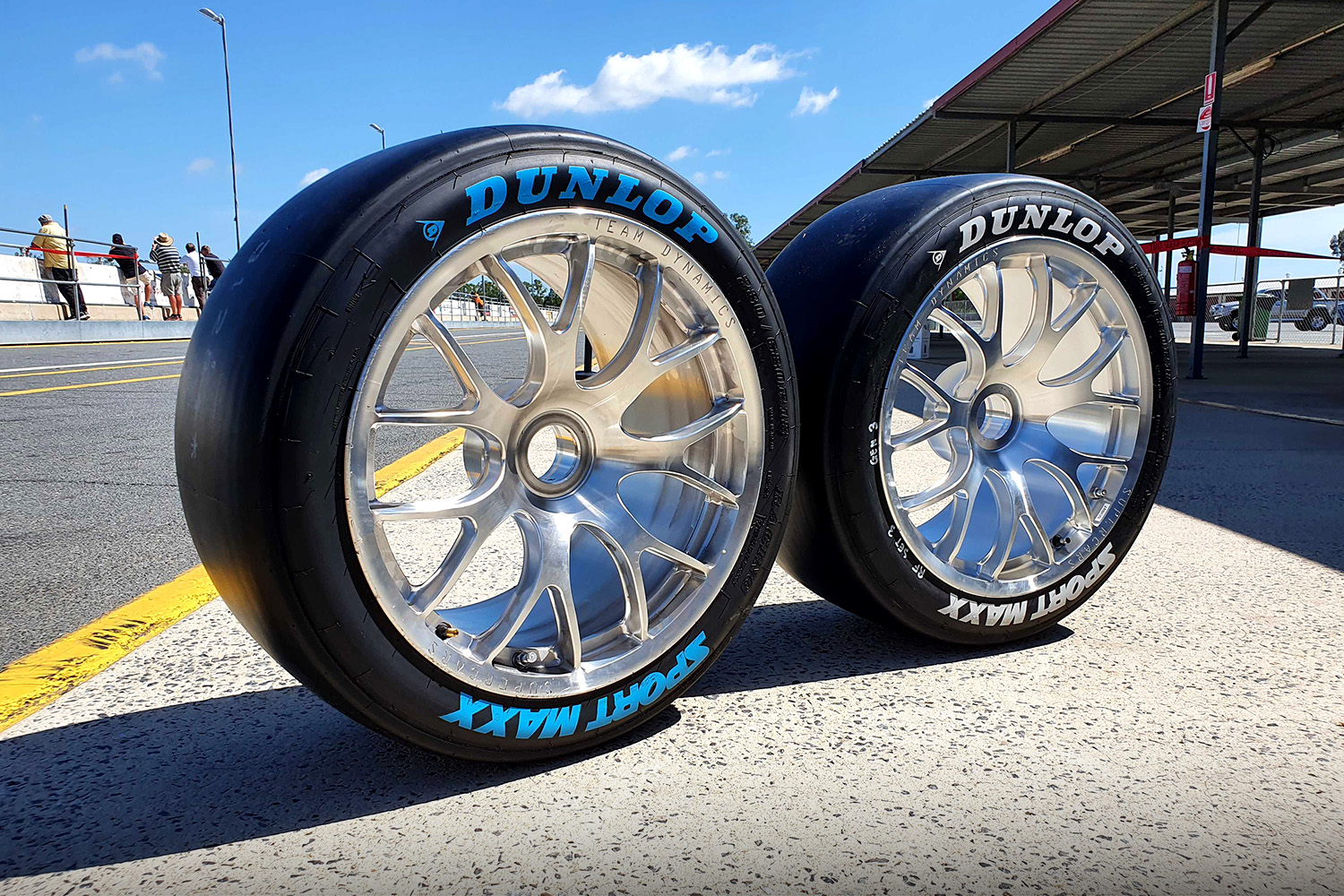 Dunlop’s new “sky blue” super soft next to the soft

Supercars and control supplier Dunlop has revealed a new super soft compound tyre the championship will use in 2022.

Supercars had hoped to debut the super soft tyre last year with the blue lettering; however, COVID-19 complications in Italy where the logos are made precluded that from happening.

The 2022 super soft tyre compound is another step softer than the 2021 version, which debuted last year at Hidden Valley Raceway and returned at Sydney Motorsport Park.

The new super soft tyre will be tested for the first time today at Queensland Raceway as part of Gen3 prototype running.

The first competitive outing at a Supercars event will be this year’s season-opener at Sydney Motorsport Park on March 4-6.

“We’ve given it a bit of a tweak after the Darwin running last year and what we saw at SMP, we knew that it just needed a little bit more of the additives to make it a bit softer,” said Dunlop Motorsport operations manager Kevin Fitzsimons.

“So we’ve done that. We’ll back-to-back them over the next couple of days and then roll into the race season this year.

“There’s multiple chemicals that go into the makeup of the compound and a bit more of this and a bit less of that softens the tyre up, increases the wear rate.

“Silica that’s in road tyres gives you wet weather performance and long-lasting tyres. This particular tyre we don’t want it to last long, so it needs less of that and more rapid wearing stuff.”

Testing of the new super soft compound will also prove beneficial for Supercars and Dunlop towards the development of its new tyres for 2023 when Gen3 is introduced.

“We’ve already seen with the two days we’ve already done that the [Gen3] cars wear the tyres significantly still like the old [Gen2] car did, not quite as fast,” Fitzsimons explained.

“We’re almost resigned to the fact now that we’ll probably never see the current hard tyre on the Gen3 car. They’re lighter, have less downforce, less horsepower but not by much.

“It’s just that type of thing. We’re hoping we can get away with that. There’s a development plan in place to try some different compounds and come up with a tyre that’s racey and gives us a good event when we hit the road next year.”

Gen3 prototype testing will see Shane van Gisbergen and Will Brown share the Chevrolet Camaro while James Courtney and Tim Slade will split themselves between the Ford Mustang.