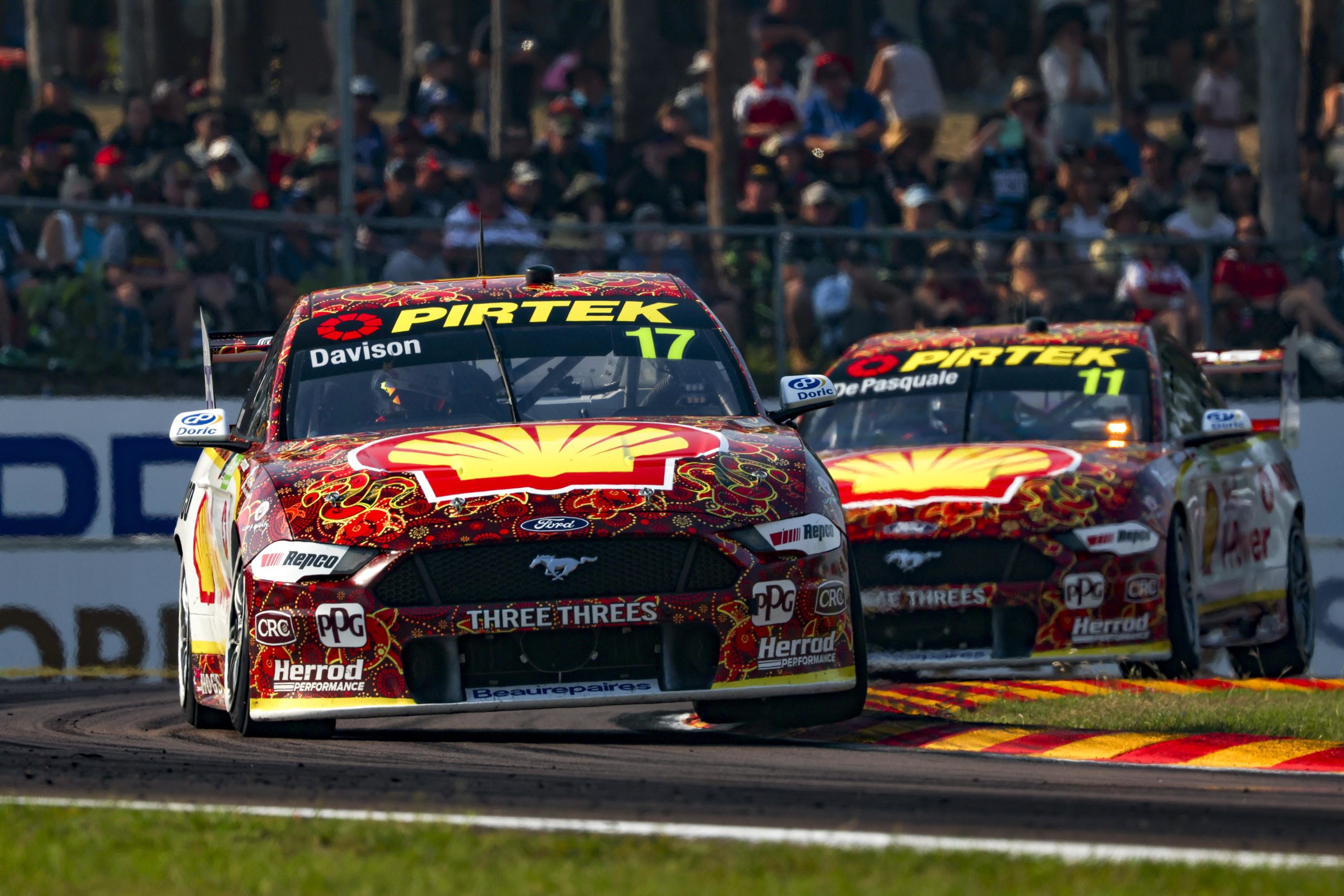 Supercars has mandated that all teams carry an indigenous-themed livery at the Darwin Triple Crown later this year.

Last year the category confirmed plans to designate its annual event at Hidden Valley Raceway the official indigenous round.

Supercars and its teams will work with local artists to design liveries in the spirit of the event, celebrating Aboriginal culture.

The new rule (E1.9.2) of Supercars’ Operations Manual reads, “For the Official Supercars Indigenous Event (Merlin Darwin Triple Crown), it is compulsory for each Car to have a designated Indigenous themed livery.

“Each Team must submit a complete colour graphic illustration representing the proposed design and colour scheme that the Team intends to use on the Car thirty (30) days prior to the Event for cultural approval / appropriateness.”

Sandown hosted ‘retro round’ from 2016 to 2019, an event that encouraged teams to celebrate the category’s history.

That saw some of the championship’s most iconic liveries revived with a modern twist.

In years past, some teams have carried culturally-inspired liveries in Darwin of their own volition.

In 2016, Craig Lowndes carried a livery designed by local student Daniel Thomson with a scheme inspired by his family’s love of fishing.

Other noteworthy designs have been run by Garry Rogers Motorsport in 2017 and 2018 as well as Dick Johnson Racing last year.