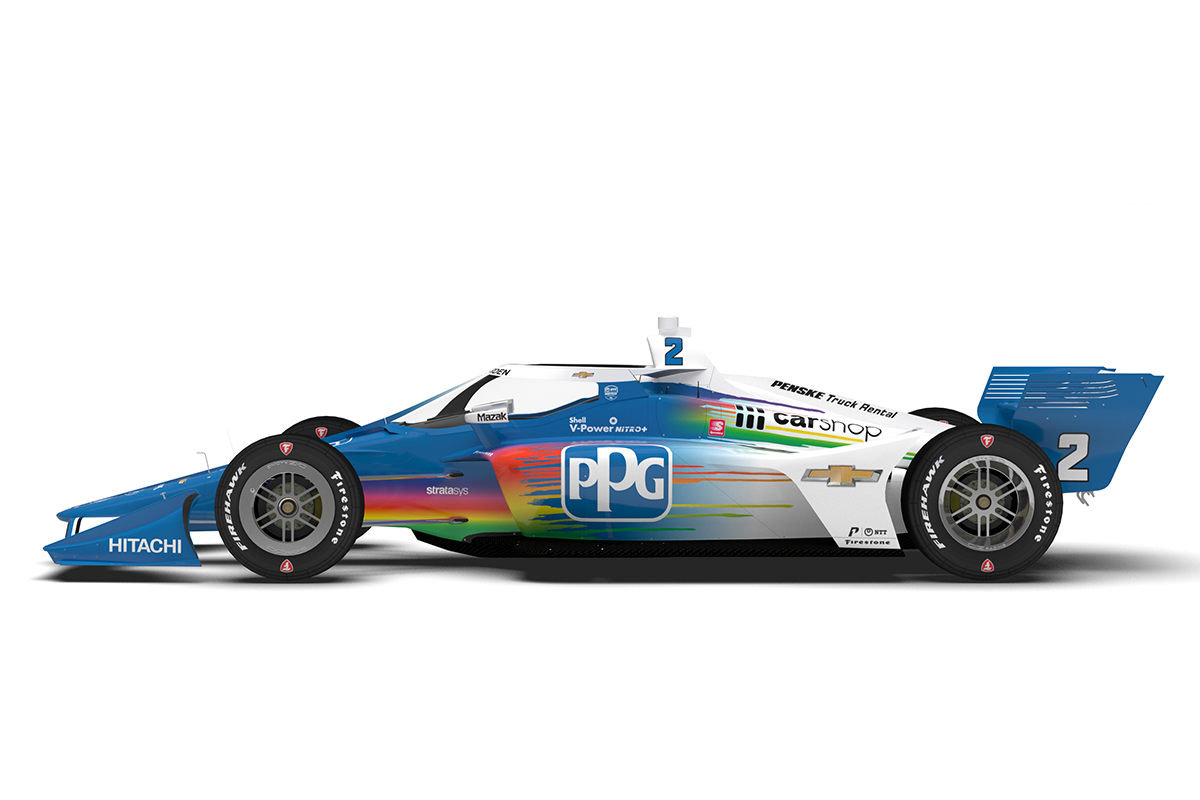 The #2 of Josef Newgarden in PPG colours

PPG has announced it will sponsor Team Penske’s Josef Newgarden in the forthcoming IndyCar Series campaign.

However, this year, the resplendent rainbow livery will switch from the #3 entry to the #2 of two-time series winner Newgarden.

“For nearly 40 years, PPG and Team Penske have teamed up on the track to ensure our race cars not only look incredible with PPG paints, coatings and specialty materials, our partnership also helps us maintain the highest standards of performance,” said team boss Roger Penske.

“The collaboration between PPG and Team Penske represents one of the longest partnerships in motorsports, and we look forward to building on that success together in the future.”

Newgarden will carry the bright colour scheme in eight of the 17 races in 2022.

The American has previously raced with PPG backing, campaigning a blue and white livery in 2019.

“I am excited about the upcoming IndyCar Series season and once again representing PPG on our No. 2 Chevrolet for Team Penske,” said Newgarden.

“The PPG car is one of the coolest-looking cars in the paddock and is always a fan favourite.

“I can’t wait to get the season started and to show off the No. 2 PPG Chevrolet’s incredible profile.”

Three liveries have already been confirmed for McLaughlin, who will run with backing from Dex Imaging at St Petersburg, Pennzoil at the Indianapolis 500, and Sonsio at Road America.

The opening race of the 2022 IndyCar Series takes place on the streets of St Petersburg on February 27 (local time).