Formula 1 return to Las Vegas ‘as good as done’

Formula 1 return to Las Vegas ‘as good as done’ 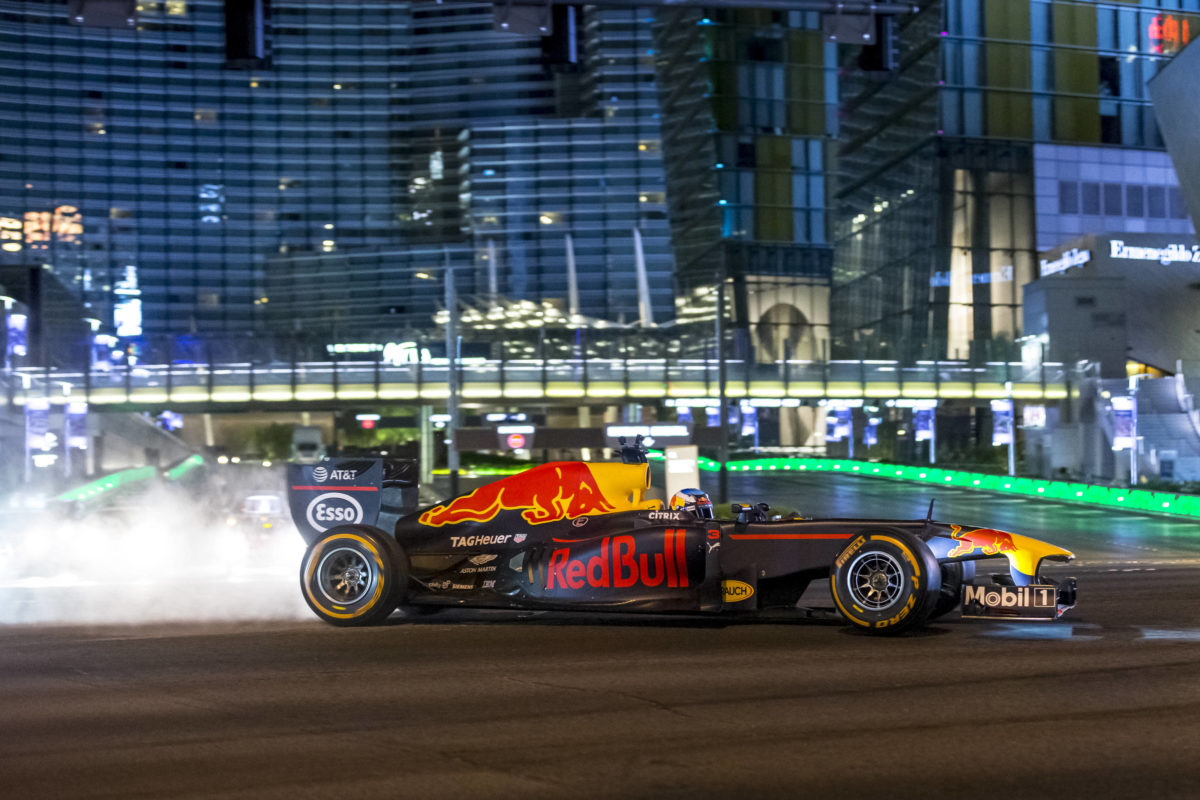 Red Bull performed a demonstration in Las Vegas in 2018

Formula 1 is on the brink of adding a third race in the United States with Las Vegas seemingly set to join the calendar.

Rumours linking Sin City with a berth on the F1 schedule have circulated for some time, with a contingent from the state of Nevada meeting with the sport’s CEO Stefano Domenicali over the United States Grand Prix weekend.

Reports now suggest a deal for F1 to return to Vegas for the first time since 1982 is ‘imminent’.

British website Pitpass has cited sources claiming that the deal is “as good as done,” with the circuit layout set to incorporate a section of the Strip.

Furthermore, a number of casinos are said to be contributing towards the hosting fee.

F1 has twice visited Las Vegas, utilising an uninspiring circuit around the Caesars Palace car park in 1981 and 1982, the former won by Australian Alan Jones.

The city has occasionally been touted as a future venue since, with former F1 boss Bernie Ecclestone claiming to “have a contract” for such an event as far back as 2016.

It’s been suggested a new event could appear as soon as 2023, which would make for three grands prix in the United States.

Miami is set to host Formula 1 for the first time in May, while the Circuit of The Americas will again host the USGP in October.

“The obvious wish list is, you know, New York would be great, Las Vegas would be great; any of the big markets,” he said at last year’s US Grand Prix.

“I hope the third race happens.

“I think this race here in Austin is yet to be secured, I’d like to see that happen [and] I think it will happen.

“Miami, I think, will be the hottest ticket in Formula 1 next year.

Bobby Epstein, promoter of the Circuit of The Americas event, is also open to the concept.

“We’re a lot closer to Mexico City than Vegas would be to Miami,” he observed last October.

“I think if Vegas and Miami came in May and Mexico City and Austin come in the fall, that could be a great complement in helping it grow.

“I don’t know if Vegas, Austin, Mexico City is as great a platform as splitting the four races into a two.”

Along with the United States, F1 also visits Montreal in Canada, and has done since the event moved from Mosport Park for 1978.

It was absent from the 2009 calendar, as it has been since 2019 owing to the pandemic, but is slated to return in June, a week after the Azerbaijan Grand Prix.

The 2022 season kicks off with the Bahrain Grand Prix on March 20, with six days of pre-season testing starting from February 23.