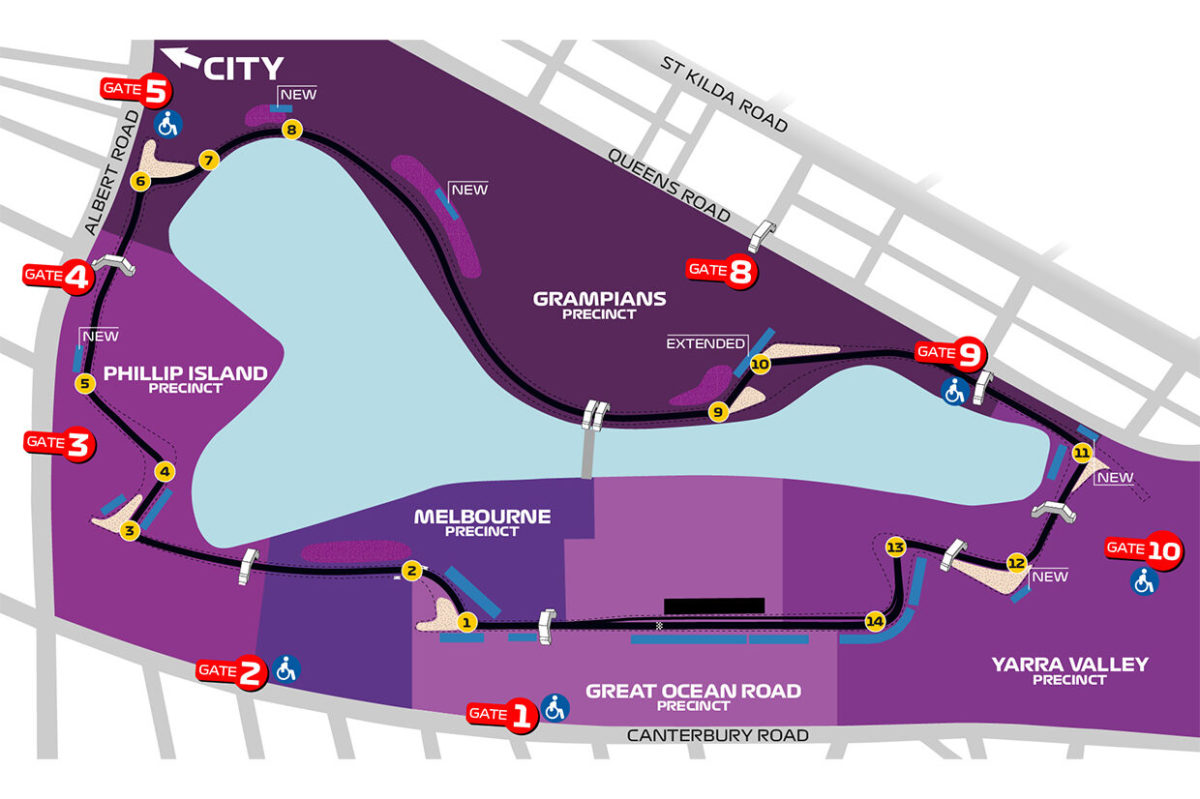 Organisers of the Formula 1 Heineken Australian Grand Prix have announced that five brand-new grandstands will be built for the 2022 event.

Among the new stands is one located at the site of the ‘high-speed zone’ which has been created as a result of the removal of the Turn 9/Turn 10 chicane on Lakeside Drive.

The other four will be constructed at Turn 5, Turn 8, Turn 11, and Turn 12, while the Waite grandstand will be expanded.

Australian Grand Prix Corporation general manager of marketing and experiences, Arthur Gillion, said, “We’re blown away by the incredible enthusiasm ahead of the Formula 1 Heineken Australian Grand Prix 2022 – this year’s event is on track to be the best Melbourne has ever seen and we cannot wait to welcome crowds back to Albert Park.

Additional grandstand tickets will go on sale on Tuesday, February 8 at 10:00 AEDT.

This year’s Australian Grand Prix is set to be the first to have been run in its entirety since 2019, after the 2020 event was cancelled just hours before the first Formula 1 practice session was supposed to get underway.

The elimination of the Lakeside Drive chicane is part of a suite of changes to the circuit, with reprofiling also of what is now Turn 11 (formerly Turn 13), where one of those new grandstands will be located, in a bid to promote overtaking.

Multiple other corners have been widened and/or undergone camber modifications, the track has been entirely resurfaced, and pit lane has been widened since the last F1 race at Albert Park.

The 2022 Australian Grand Prix kicks off on April 7, when the Repco Supercars Championship first takes to the track, before Formula 1 practice begins on the following day.