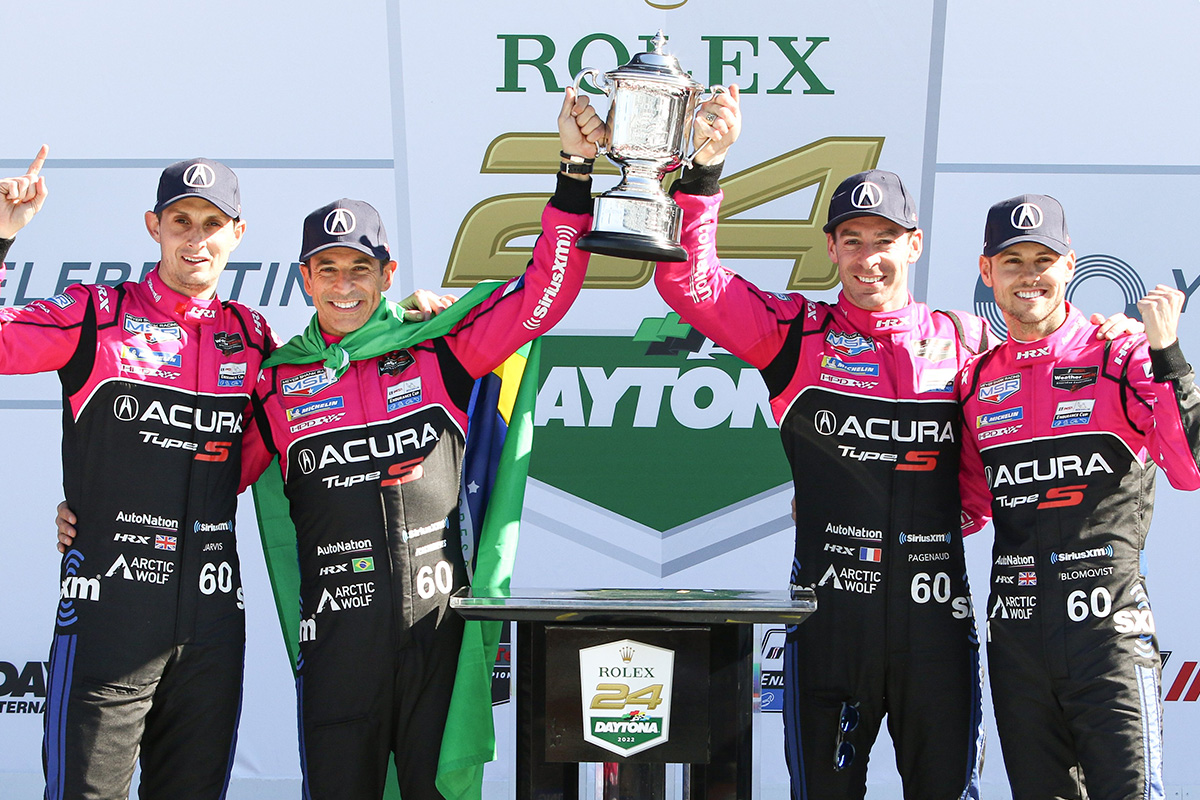 WTR’s Ricky Taylor, Filipe Albuquerque and Alexander Rossi were denied a fourth-straight triumph in the #10 and had to settle for second in the IMSA SportsCar Championship opener.

Four-time Indianapolis winner Castroneves won out for MSR in a captivating final few hours of the race which saw all four leading DPis have a chance to run at the front.

The two Acuras driven respectively by Castroneves and Taylor led the field back to green with 30 minutes to go after the #5 and #31 Cadillacs which had been in contention topped up on fuel.

Castroneves was able to successfully hold off Taylor in the closing stages, as the pair gave Acura a one-two result.

Matt Campbell stood on the top step of the podium at Daytona with his Pfaff Motorsports crew emerging victorious in GTD Pro. 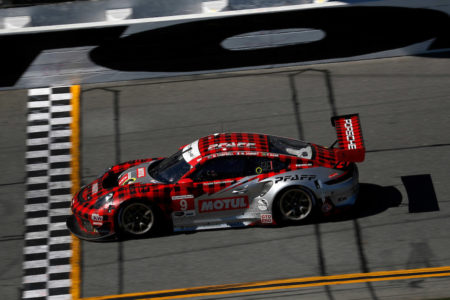 The #9 Porsche 911 GT3-R of Campbell, Mathieu Jaminet, and Felipe Nasr and the #2 KCMG Porsche entry came to blows on the last lap, deciding the result after a hotly contested race.

Jaminet and Laurens Vanthoor in the KCMG car touched at the Le Mans Chicane, sending Vanthoor into the grass, while Jaminet took the chequered flag.

Vanthoor fell to third in all the final lap chaos as the #62 Risi Competizione Ferrari came through for second.

Australian James Allen was not classified in his G-Drive Racing By APR entry.

While Kenny Habul’s SunEnergy1 Racing Mercedes was taken out in a multi-car wreck, the James Davison and Scott Andrews Mercedes finished on the GTD podium with a result of third in class.