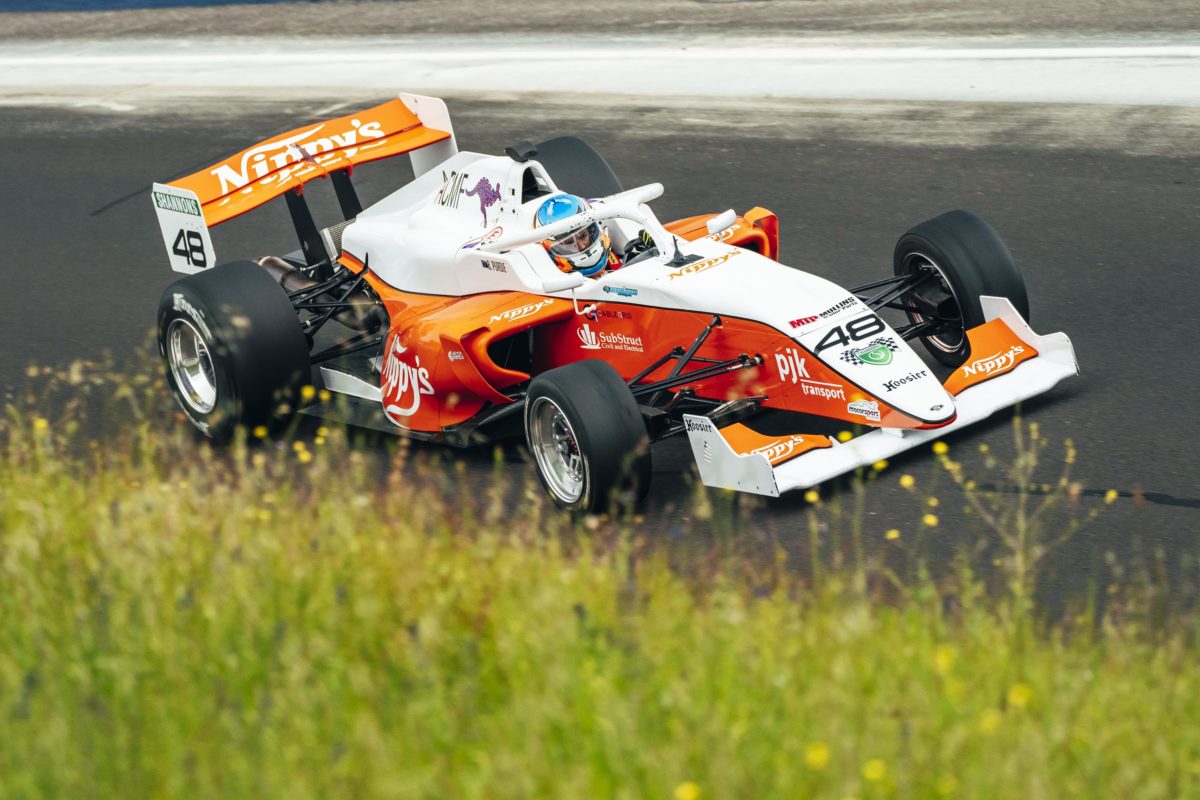 88 Racing has locked in its first driver for the 2022 S5000 Australian Driver’s Championship.

Young South Australian Blake Purdie will drive Car #48 for the duration of the season, with Car #88 set to fielded on a part-time basis this year.

Purdie debuted in S5000 with last year’s two Tasman Series rounds, qualifying seventh and ninth before picking up a best finish of fourth, at Mount Panorama.

The 17-year-old’s car will have backing from Nippy’s and ACMFinance.com.

“It’s exciting to be locked in for the full season of S5000 racing with 88 Racing,” said Purdie.

“I’m really looking forward to racing with Albert and the team again.

“We had a really good experience in the Tasman Series and showed that I would be competitive in such a close field, so that gives me a lot of confidence going into the season.

“The cars are awesome to drive and the racing is really competitive so it’s going to be a great challenge.

“It’s exciting to have an iconic South Australian company like Nippy’s on board this year and to carry their famous brand and orange colours on the car.”

The Albert Callegher-owned team became a winning operation last year at Phillip Island courtesy of Cooper Webster, who has linked with Versa Motorsport for 2022.

88 Racing continues its expansion efforts this year, notwithstanding the setbacks caused by the COVID-19 pandemic.

Callegher remarked, “We’re pleased to have Blake on board for the full season as we push towards success in the S5000 Australian Drivers’ Championship.

“Blake showed what he was capable of during his impressive performances during the Tasman Series late last year, so it will be great to build on that momentum heading into the Gold Star season this year.

“Car #88 will be doing selected races and continue introducing new drivers to the category in 2022.

“We have been hampered by the ongoing travel restrictions thanks to the pandemic, with two lost overseas opportunities an unfortunate outcome of that.

“We were talking to two local drivers who have been unable to procure a reasonable budget in time for the season start; many businesses are simply being cautious until confidence is restored in the marketplace.

“With the positive news by the state government around the guarantee that the Australian Grand Prix will occur, this statement reinforces we are getting back to business and will help us put the right people in Car #88 this year.”

Albert Park and the Formula 1 Australian Grand Prix represents Round 3 of the S5000 season, with the opener to take place at Symmons Plains on February 11-13 as part of AWC Race Tasmania.