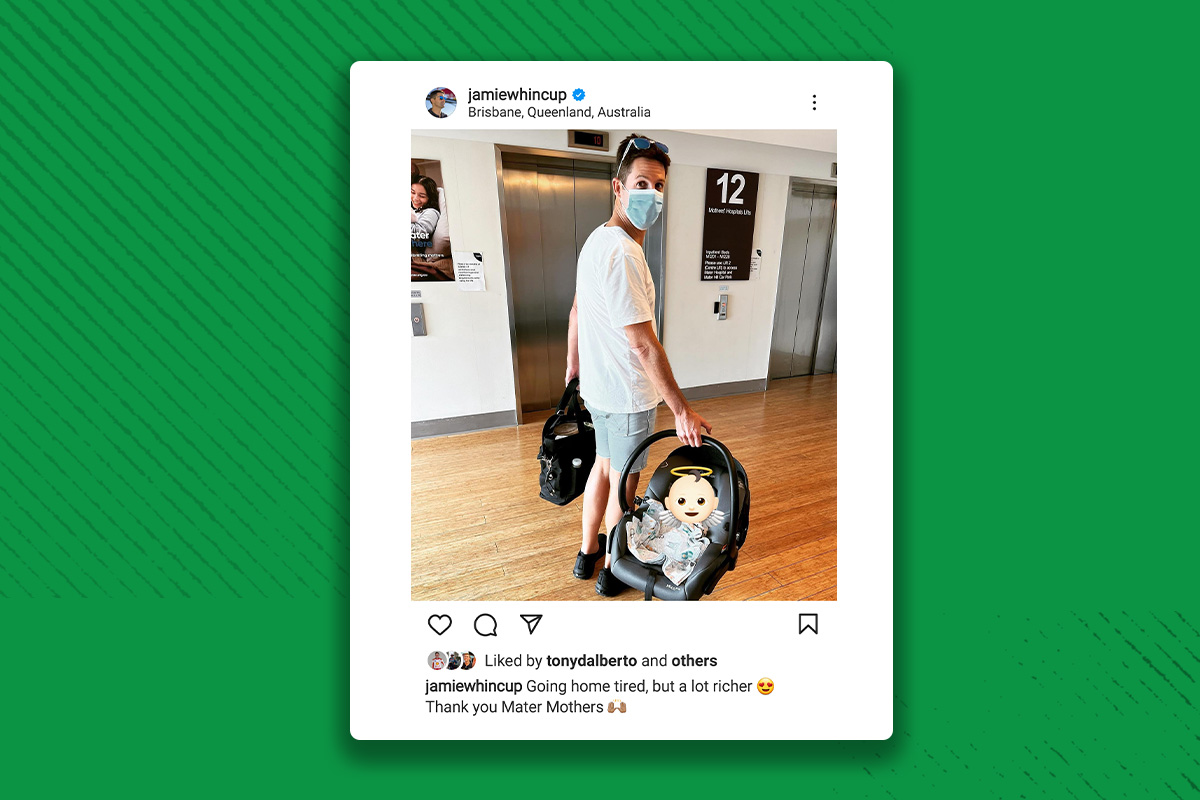 “Going home tired, but a lot richer,” he wrote.

Whincup will be busier than ever in 2022, the arrival of his first child coming in the first year of his new role as managing director at Triple Eight.

The 38-year-old has stepped away from full-time driving, but is expected to compete in the Bathurst 1000 later this year.

Whincup also has business interests outside his race team, running a car wash and cafe on the Gold Coast and another car wash in Brisbane.

He revealed in October last year that his firstborn was on the way, declaring that the time was right for him.

“I think I always in the back of my mind wanted kids, but the timing was never right,” said Whincup on the Seven Network’s 7th Gear.

“If the timing is right, it’s probably now. Very, very excited to be announcing a first child in February.

“I’m actually thankful I don’t have to qualify two weeks later. I don’t know how all these guys have done it; had kids and raced at the same time.

“They’re probably a bit more intelligent or a bit smarter than I am. I can only do one thing at a time.

“Finish up at the end of this year, start a family at the start of next year. The timing couldn’t be more perfect.”