Westbrook leads at halfway in Daytona

Westbrook leads at halfway in Daytona 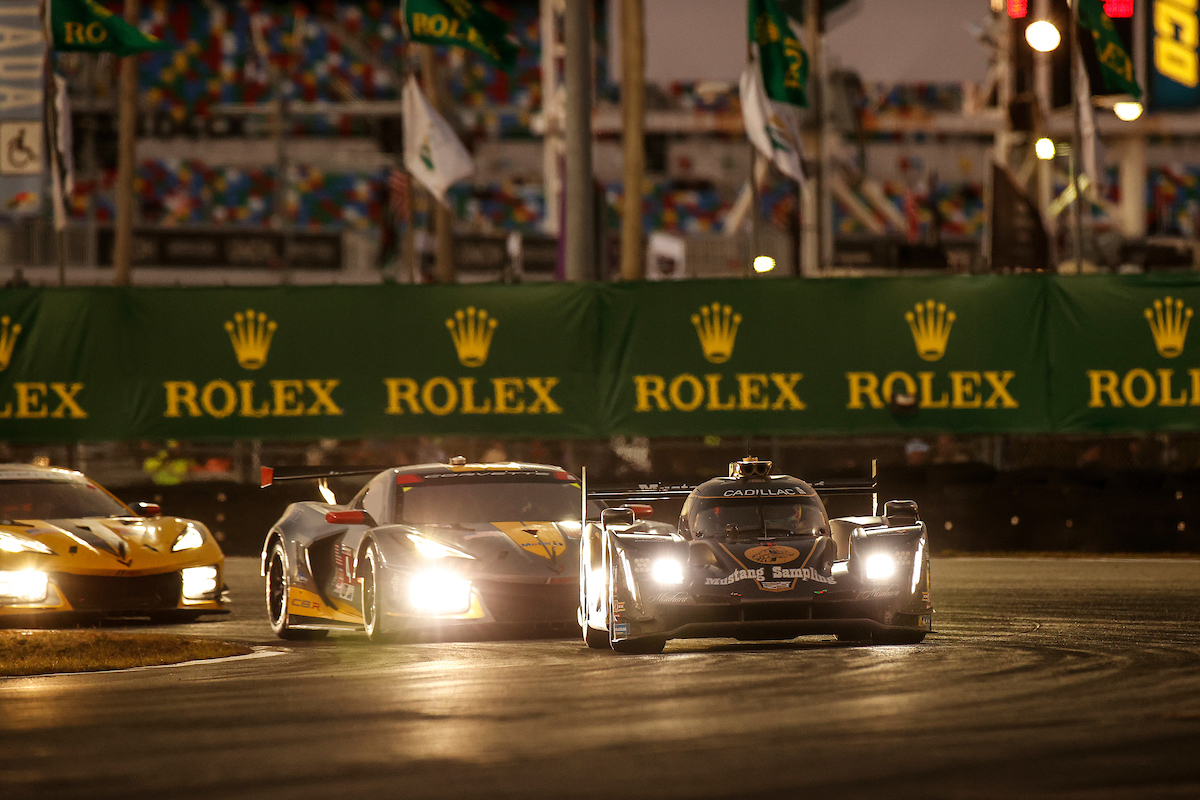 All seven DPi entries remain firmly in contention and on the lead lap at the halfway point of the Rolex 24 At Daytona.

Richard Westbrook in the #5 JDC Miller MotorSports Cadillac DPi-V.R led proceedings at the 12th-hour mark, albeit not by much thanks to a Safety Car not long before halfway.

That bunched the field up, putting the #60 Meyer Shank Racing with Curb-Agajanian Acura DPi of Helio Castroneves in the picture.

Behind the Brazilian in third was Mike Rockenfeller behind the wheel of the #48 Ally Cadillac.

By the 12th hour, all seven DPi entries had led the race.

The #02 Cadillac Racing entry struck trouble on several occasions. In an awkward race restart, Alex Lynn picked up a puncture and suddenly veered into the pits.

He was subsequently penalised for the incident, deemed to have not followed race restart procedure properly.

That gave Ricky Taylor in the #10 Konica Minolta Acura ARX-05 the lead ahead of the other Acura, the #60, driven then by Tom Blomqvist.

After a Safety Car restart, Blomqvist swept around #10 driver Alexander Rossi who had taken over from Taylor in the pit stop sequence.

However, the #60 would lose out to the #10 during the subsequent pit stops.

A series of Safety Car periods allowed the #02 to get back onto the lead lap and fight through the field after its earlier dramas.

In the hour leading up to the halfway point, Earl Bamber put the #02 into the lead with a pass around the outside of Castroneves in the #60.

However, he would cede top spot to the #60 in the pit stop sequence shortly before the most recent Safety Car intervention before the 12th hour.

Bamber traded seats with team-mate Marcus Ericsson in the recent round of pit stops, who then spun the #31 Whelen Engineering Racing Cadillac at the International Horseshoe.

That resulted in a pit lane drive-through penalty for the #02, dropping it to the tail end of the DPi field.

Castroneves would also cop a penalty for speeding in the pit lane.

The #10 briefly went to the lead, but pitted under Safety Car, allowing the #5 of Westbrook to take the lead ahead of the #60.

Scott Dixon, who led at the six-hour mark, found his #01 Cadillac Racing entry in fourth as the race hit the midway mark.

Australia’s James Allen still remains in contention in the #69 G-Drive Racing By APR car, his co-driver Luca Ghiotto holding down fifth in LMP2 at the halfway point.

The #36 Andretti Autosport entry finds itself fifth in class and two laps off the lead of the #74 Riley Motorsports car.

Cameron Shields is out of LMP3 contention after the #26 Muehlner Motorsports America entry stopped several times on track. That included an incident in which it lost a wheel in the International Horseshoe.

Matt Campbell in the #9 Pfaff Motorsports Porsche 911 GT3 R enjoyed a spell at the head his class, although much like the DPi division, the GTD Pro positions have chopped and changed.

The SunEnergy1 Mercedes-AMG of Kenny Habul has been retired after its crash around the six-hour mark.