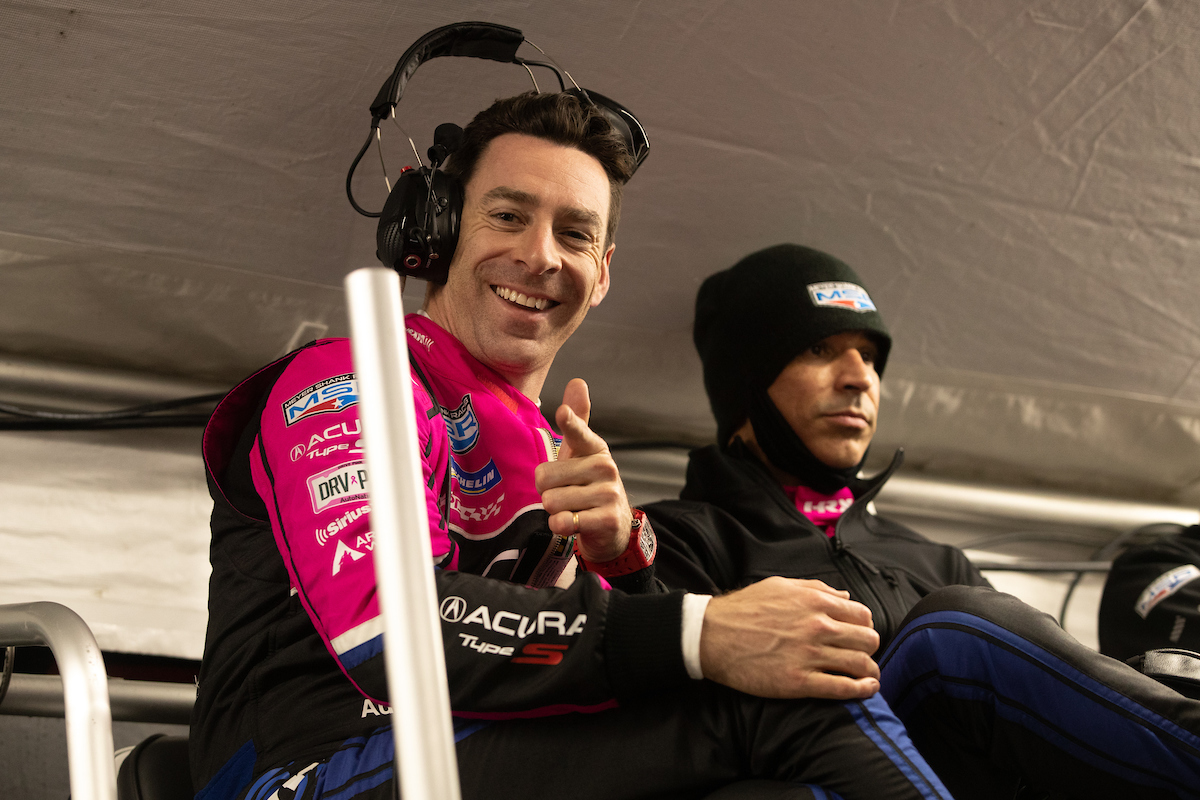 Simon Pagenaud believes he and Meyer Shank Racing team-mate Helio Castroneves are underdogs for this year’s IndyCar Series title despite their experience.

The pair have long been linked, having been stable-mates at Team Penske from 2015 to 2020.

That win berthed a full-timer return for Castroneves, who hasn’t raced in that capacity since 2017.

With Team Penske downscaling to three cars for 2022 – fielding Will Power, Scott McLaughlin, and Josef Newgarden – Pagenaud was left to find himself a drive.

Ultimately, that has seen him end up at the Ohio-based squad alongside Castroneves.

“Well, first of all, it’s a familiar face, right? Helio, we’ve been friends since 2009 I think,” the Frenchman explained.

“I just enjoy working with him because he’s very true to himself.

“He brings such a good feel to the team. Everybody knows that. He’s always in a good mood, even on bad days. It has a lot of positive effects on everybody.

“Personally, I admire his way of going about life. He’s taught me that.

“Sometimes it’s easy to go down the drain and go to the negative side. When you have Helio by your side, it’s quite difficult to do.

“That to me is a big advantage to any team when Helio is in it. Personally, the good thing about us is where we are in our career, there’s really no ego to each other.

“We want to beat each other for sure, but we want to bring the team up together.

“There’s really an interesting dynamic between the two of us wanting to make Meyer Shank Racing the best team we can make it in the next few years.

“It’s a great challenge for us. I think we both embrace it.”

Meyer Shank Racing have been bonafide top 10 contenders in years past.

With Jack Harvey, they joined the series in 2017 to contest the Indianapolis 500.

A part-time campaign would come in 2018 and 2019, Harvey bringing the team its first podium in only its 12 race at the Indianapolis Motor Speedway road course.

In 2020, the team went full-time campaigning Harvey. Then, in 2021, Castroneves joined the team as a part-timer.

Despite a strong showing in 2021, highlighted by that Indianapolis 500 win, Pagenaud is keeping coy about their chances.

“Can we run for the championship? Well, it’s early to say,” said Pagenaud.

“We’ve only had one day of testing. I believe we’re going to be the dark horses. I hope we will be. That’s certainly the goal.

“I think we have the ingredients. Obviously, the recipe needs to come together, right?

“The first year I think we need to wait and see how it goes. Certainly, it’s the goal for the next years after that, to go for the championship. They’ve obviously won Indy, so why not?”

The opening round of the IndyCar Series takes place on the streets of St Petersburg on February 27 (local time).