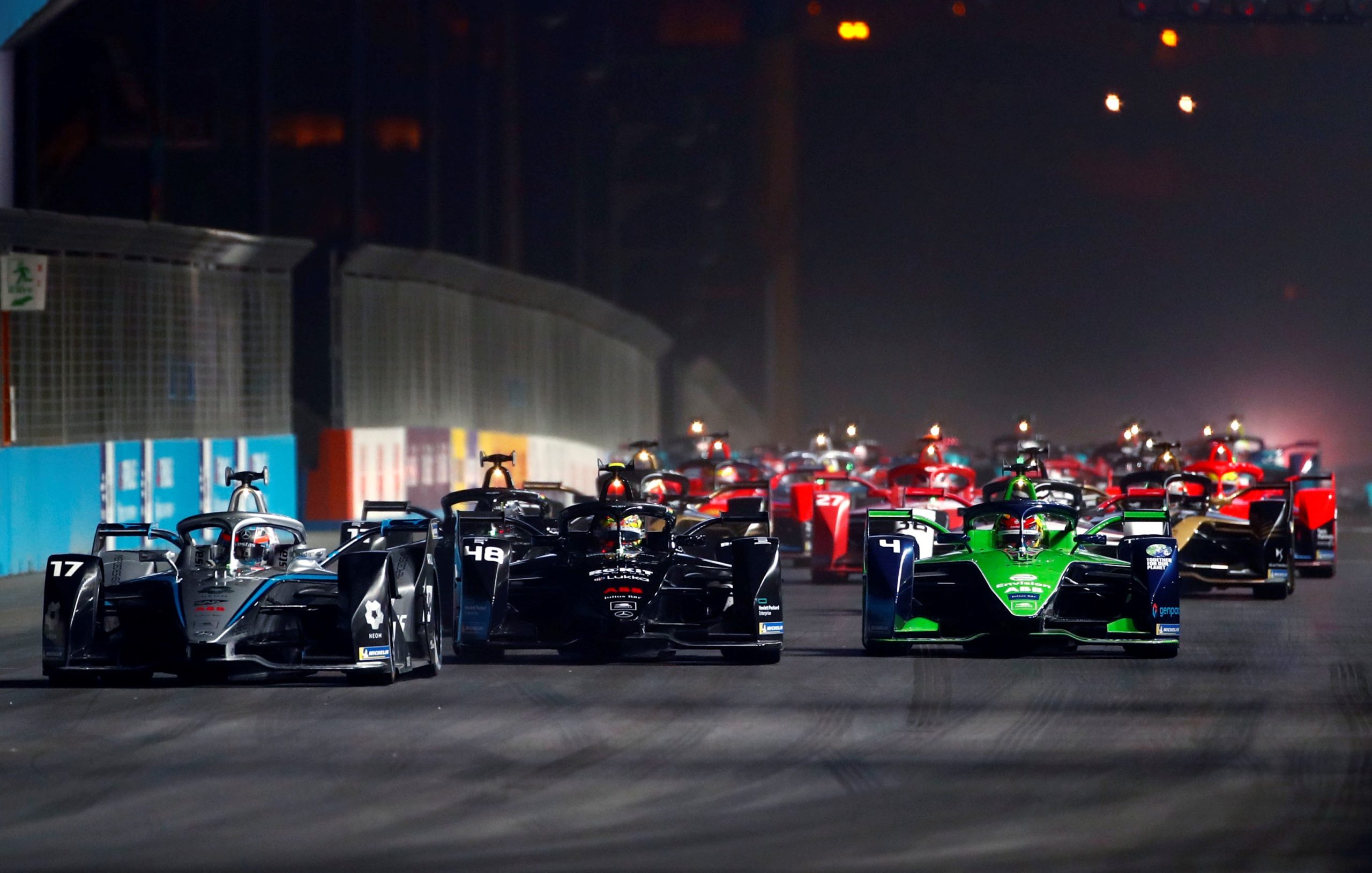 Venturi Racing’s Edoardo Mortara has brought home victory in the second round of the FIA Formula E World Championship in Saudi Arabia.

After Mercedes dominated the opening Diriyah E-Prix in which Nyck de Vries led team-mate Stoffel Vandoorne, it was Mortara who triumphed at the second time of asking.

Initially, it was de Vries who led the opening portion of the race from Mortara and Frijns.

Through the Attack Mode sequence, di Grassi climbed to second to mount an attack on de Vries. That saw them collide at the chicane.

Behind them, Frijns and Mortara had a similar incident. Di Grassi would overcome de Vries while Mortara made his way by Frijns.

A call to take his Attack Mode later didn’t pay dividends for de Vries who wound up battling to maintain fourth.

Contact between he and Andre Lotterer of Porsche resulted in the Dutch driver ceding several places, eventually finishing 10th.

Late in the piece, Frijn passed di Grassi for third, though a Safety Car at the death would put paid to his assault on Mortara who crossed the line under yellow.

It marked a bounce-back for the Swiss driver who was only sixth in the season’s opening race.

“I would rather have been frustrated in quali then win the race, then the opposite so that’s fully fine,” said Mortara.

“What a day – especially after the mistake that I made in qualification yesterday.

“I am very glad to bring this win for the team. A one-three finish is amazing.

“It was a very strategic race, very difficult for the nerves because I didn’t have a lot of energy but neither did my colleagues around me.

“They were playing strategy, trying to attack me and make me consume, so I tried to keep my head cool and it worked.”

Third placed di Grassi said he was perplexed by a relative lack of energy to second placed Frijns in the closing stages.

“I managed with Attack Mode to go all the way to P1, passing Nyck, and then we were in a very conservative strategy,” di Grassi explained.

“I had more energy than Robin, he went for the move so I didn’t really understand what was going on at that moment, and then straight after there was a Safety Car.

“We were caught by surprise, but the car was mega and it shows we are here to win.

“We are super competitive, this one-three was not just mine and Edo’s but the whole team’s job so thank you everybody for trusting me to be part of the team – and congratulations.”

Mortara leads on 33 points while De Vries is second on 29 points and Vandoorne third on 28 points.