Dixon leads for Cadillac after six hours at Daytona

Dixon leads for Cadillac after six hours at Daytona 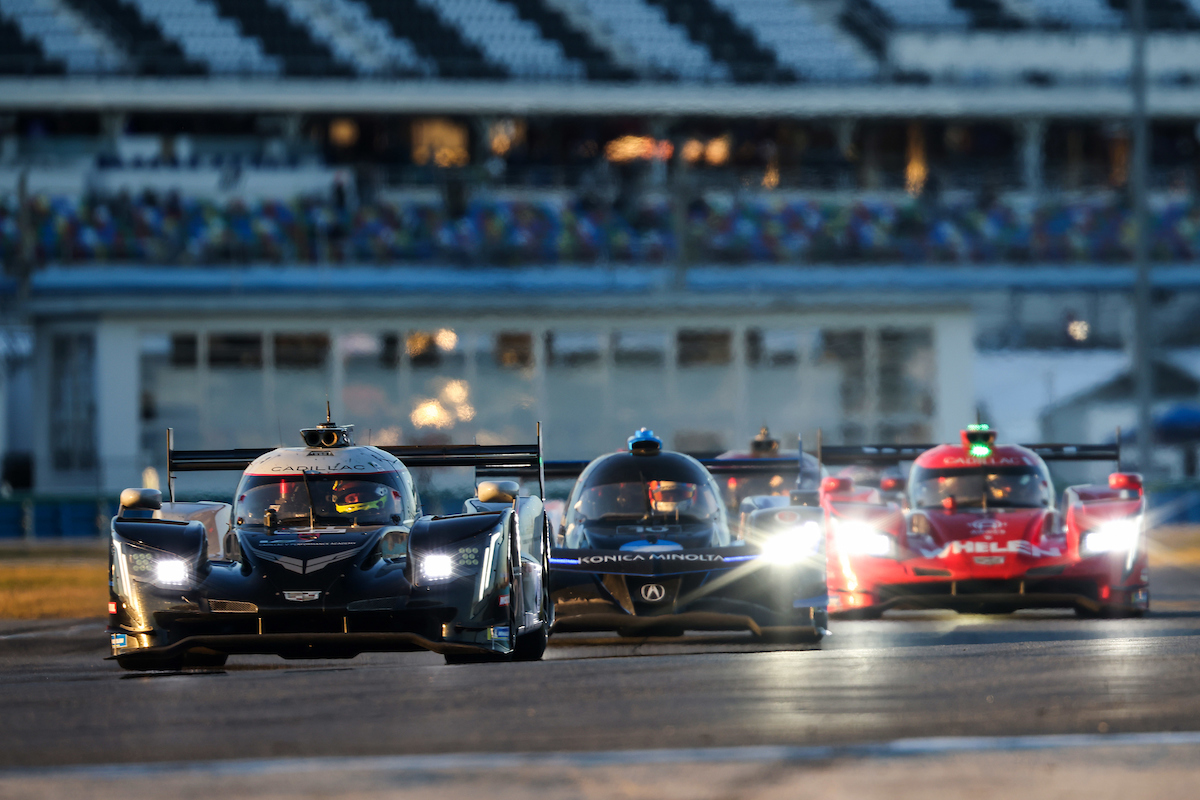 Having recently completed a round of pit stops, Scott Dixon stayed behind the wheel of the race-leading #01 Cadillac DPi-V.R he shares with Sebastien Bourdais, Renger van der Zande, and Alex Palou.

Dixon was flying out front and built a 10-second advantage before a caution nullified that lead at the end of the sixth hour.

The race has seen four caution periods so far, with an incident-filled opening quarter to the IMSA SportsCar Championship season-opener.

Most notably, the #75 SunEnergy1 Mercedes-AMG GT3 Evo of Kenny Habul was eliminated in a multi-car accident after three hours, bringing out the third full-course yellow period.

Driven by Habul at the time, the Australian was amongst a group of GTD cars exiting Turn 7 back onto the speedway as they came together.

Also caught up was the #23 Heart of Racing Team Aston Martin Vantage GT3, which then copped a swipe from the #6 Muehlner Motorsports LMP3 car as it tried to avoid the incident.

It came after a short burst of green flag racing following the second caution, brought on by a heavy impact for Kyle Washington in a GTD Porsche 911 GT3 R.

The race’s first caution came at the end of the opening hour when the #18 Era Motorsport LMP2 entry found the fence at Turn 6, necessitating lengthy barrier repairs.

Kamui Kobayashi led the first hour of racing in the #48 Ally Cadillac Racing DPi, with some opportune overtakes early in the piece.

The overall lead battle featured a handful of DPi competitors, including the #10 Konica Minolta entry, #01 Cadillac, and the #60 Acura, in addition to the #48 entry. 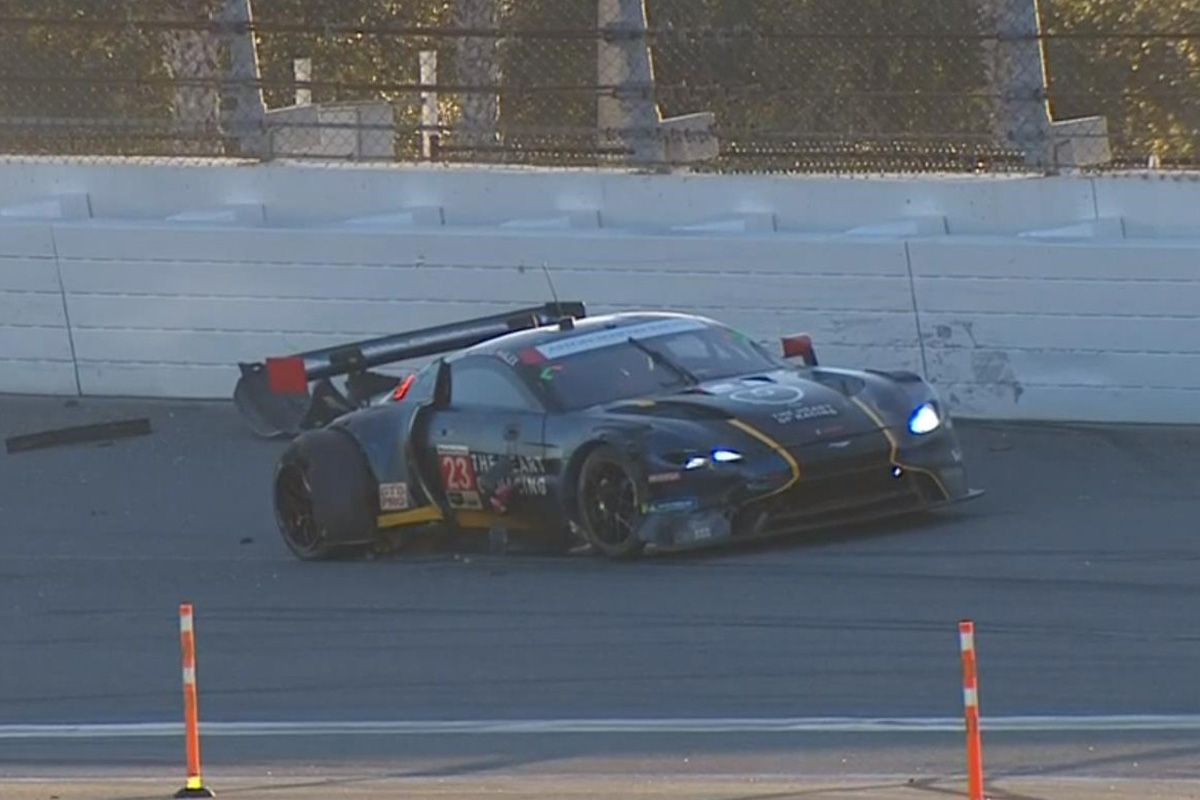 Van der Zande found his way to the front in the #01 Cadillac, as those around him hit trouble.

Jose Maria Lopez, who took over from Kobayashi in the #48 Cadillac, lost ground when he ran off the road after a pit stop, while Helio Castroneves suffered a puncture aboard the #60 Acura.

Pole-sitters Wayne Taylor Racing dropped two laps down with a puncture on the #10 Konica Minolta Acura in the hands of Will Stevens.

This series of dramas jumbled up the DPi order, with the #31 Whelen Engineering Racing Cadillac, #5 JDC-Miller MotorSports Cadillac, and #02 Cadillac Racing entry rising up the leaderboard.

In GTD Pro, the KCMG Porsche 911 GT3-R took over the lead from the Risi Competizione Ferrari 488 GT3 after a lengthy duel in the fifth hour.

Mercedes-AMG’s Winward Racing moved into the GTD lead after four hours courtesy of Mikael Grenier’s overtake on the Lamborghini of Sandy Mitchell, however, the Mercedes made a pit stop under the most recent caution.

This promoted the #27 Aston Martin into the race lead in class, with the Winward Mercedes off-kilter in the pit stop sequence.

The race’s fourth caution came at the close of the sixth hour when a GTD Porsche nosed into the wall on the in-field section.