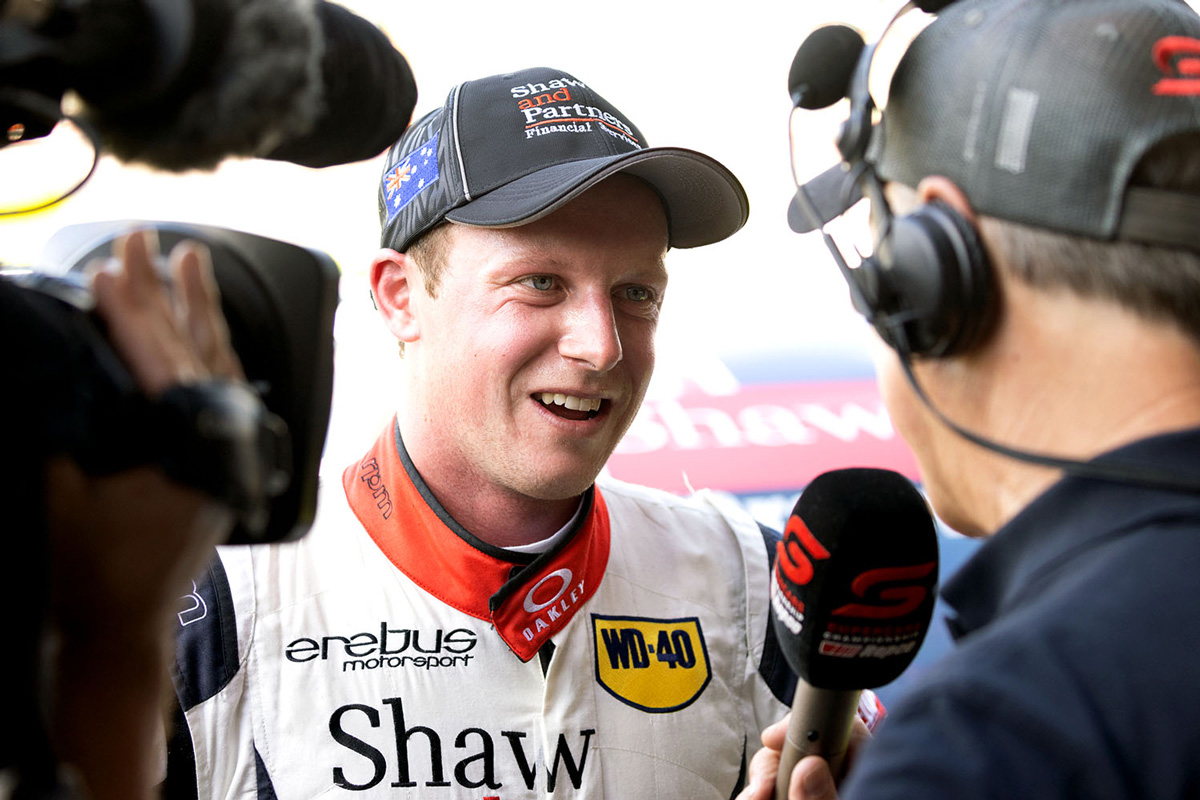 Adderton has relationships with a number of drivers, including Brodie Kostecki, James Courtney, Macauley Jones, Richie Stanaway and Greg Murphy.

Will Brown this year becomes the latest addition to that list, as Boost ups its backing at Erebus Motorsport to cover both its Holden Supercars.

“We’re super excited about Will and Brodie,” Adderton told Speedcafe.com.

“Even when we didn’t sponsor him through this last year, Will would always come up, say hi, always get out of the car and talk to us.

“Even though he wasn’t a Boost-backed driver, he felt to me like he was a Boost ambassador the whole time. So that’s what I said to the boys, it was a natural fit to get Will to join us.

“He’s on brand along with Brodie, it’s a great team, so we’re super excited about having them both there.”

Brown and Kostecki each exceeded expectations in their first full Supercars Championship seasons last year, winding up eighth and ninth respectively in the standings with six podiums between them (including a race win for Brown).

That form has many intrigued to see what might be possible in year two.

“I really think that this is going to be a year for those two drivers to come out,” Adderton continued.

“I think at the end of the day, they were rookies, they were learning how the team works, I’m super excited about what we saw towards the end of the season and it’s going to be ‘take no prisoners’ from those two.

“And I know from our perspective as a sponsor, we want that.

“We want you to go for the win, we want you to work your backside off and not just sit back and say eighth and ninth, top 10, is acceptable; we want to win. I think they want to win even more than I do.

“It’s going to be a great championship as long as the new owners of Supercars get it together.”

Brown’s first event sporting Boost branding will be at Sydney Motorsport Park on March 4-6, which has replaced Newcastle as the 2022 Supercars season-opener.