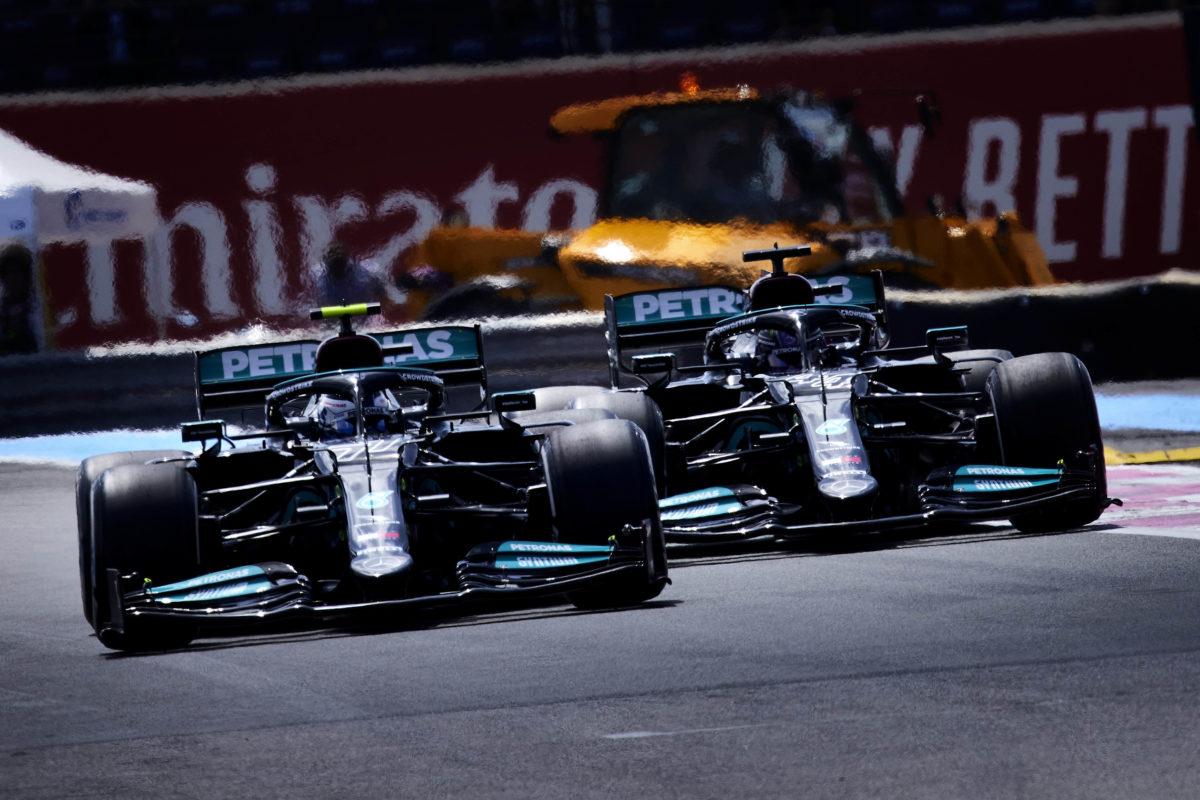 Rules changes set to be introduced as part of this year’s Formula 1 season are the biggest in the sport’s history, according to Mercedes’ James Allison.

The coming season will feature cars visibly different from their predecessors as designs grapple with more prescriptive regulations and a new aerodynamic philosophy.

Cars will be simpler externally, with much of their downforce generated under the floor rather than using complex wings in the air stream.

For Allison, who has more than three decades of experience in F1, it represents the greatest regulatory shift the sport has seen.

“I’ve been working in the sport for over 30 years, and they dwarf anything else I’ve ever seen.

“I suspect if I were to dig out Wikipedia and go through every season of the sport that there’s ever been, there would be nothing to match the scale of the change that comes with 2022.”

Allison’s opinion comes not only because of the enormity of the new rulebook, which runs almost double with the 2021 regulations did, but that very little from the previous generation cars will carry over.

“That has meant that we’ve had to reinvent the car, tip to toe,” he said.

“And even the engine, one of the things that is less touched by the regulations, even there the power unit has to be prepared so that it can be frozen for three years, all the goodness that you can possibly pack into it has to be packed into it now or forever hold your peace.”

The new challenge has left the Brit to suggest some teams will simply get it wrong and be left in the wilderness throughout 2022.

However, he also views it as an opportunity for Mercedes to demonstrate that it didn’t simply luck into success under the old formula.

“It has been incredibly hard, incredibly hard, very, very challenging, and long, to get our heads around this, and to try to figure out what the best responses to these regulations, and where the opportunity is to be found in order to put a car on the track, in a few short weeks from now, that gives us a chance of being competitive right from the beginning,” he suggested.

“This new rule set has been quite a long time in the making. It was first proposed as a set of objectives way, way back in 2017.”

Along with allow cars to race one another more closely owing to the reduced aerodynamic wake left by cars, Allison suggests another aim of the regulations is to condense the field and reduce costs – a move which goes hand in hand with the financial regulations introduced in 2021.

“So instead of the two to three seconds that divide the front from the back today, they hope for a much closer grid, often suggested that maybe compressing it all into one second would be a more exciting formula than the one we’ve been used to.

“But not just compressed front to back, but also a format of car that would allow the cars to race more effectively with one another on the track,” he added.

“And to permit an easier and more natural form of overtaking than we’ve been used to in Formula 1 in recent seasons.

“Then, finally, for those cars to be more affordable for all the teams in the grid.

“Those were sort of headline objectives of this regulation, and I guess those are the reasons why this big change [is happening].”

The 2022 F1 season starts with the Bahrain Grand Prix on March 18-20, though pre-season testing gets underway on February 23 in Spain.

Mercedes will launch its new car, the W13, on February 18.