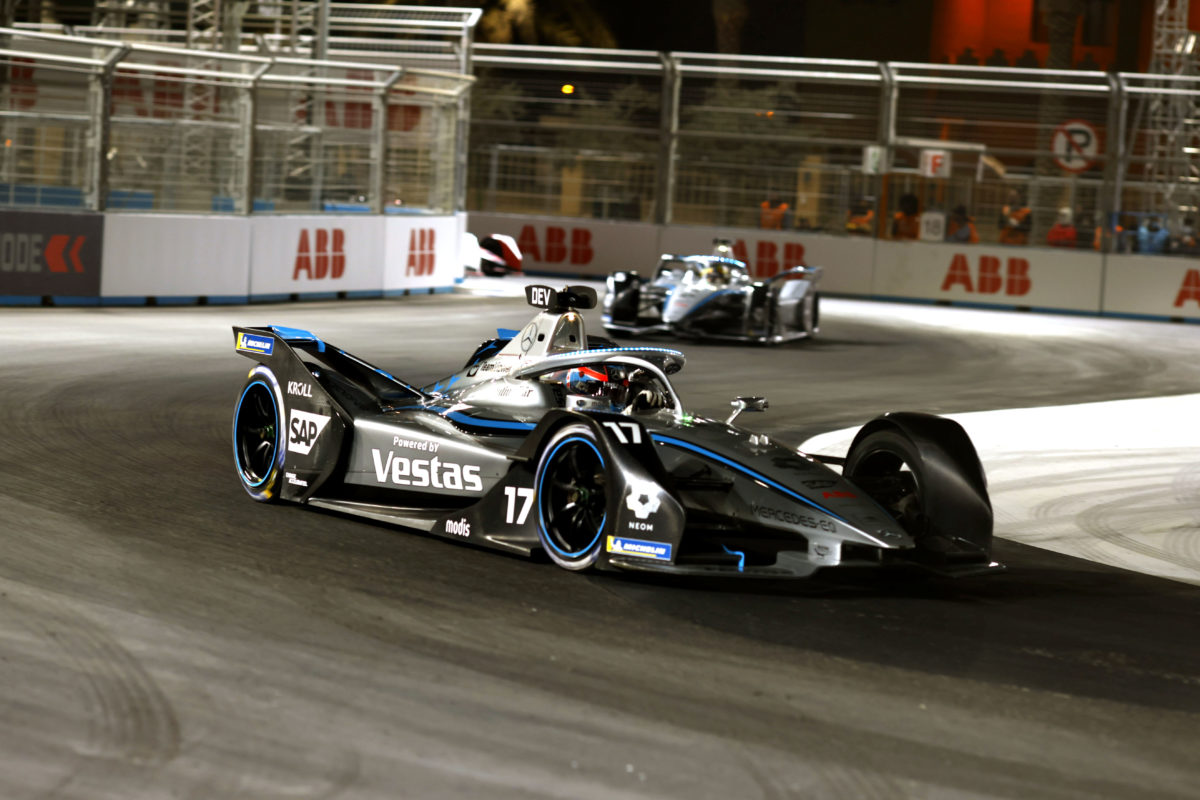 “The result might be the same, but the way we achieved it felt very different – obviously starting with yesterday tapping the wall in lap one didn’t help,” the race winner said.

“It put myself and the team on the backfoot, then you have to rebuild your confidence and the conditions were very slippery, very different to last year.

“There is always a lot of track evolution, so you have to build it up in FP2 and then straight into qualifying.

“So I was actually very happy with what we achieved in qualifying, and then I knew we had a strong race car to capitalise on our qualifying position.

“We had great pace, the team did a great job and I was a bit fortunate with Stoff missing his Attack Mode, but at the end of the day it was faultless from our garage and we managed to win the first race.

“I am very pleased with the way we managed to win this race and start the season strong.”

Second-placed Vandoorne added: “I’m a little bit disappointed, I think it’s not bad to be disappointed with the second place today.

“I was leading the race, everything was under control, we had really strong pace in the car today – but then I missed the loop on the second attack activation which handed the position to Nyck.

“We were pushing each other, cruising away from the others and had a one-two finish for the team.

“It’s been a great team result. I can’t be disappointed, qualifying on pole in the first new qualifying format – to finish second today is a good one and we have another opportunity tomorrow.

“You can never have relief in Formula E. The nature of the Championship is so close that the moment you give up a bit of performance, someone else is going to be there.

“It is not a guarantee that we win today we win tomorrow, but we are going to try and do everything to repeat the performance in qualifying, and from my side do a bit better in the race.”

The second round of the Formula E championship takes place tonight as part of a double-header around the Diriyah UNESCO World Heritage Site.