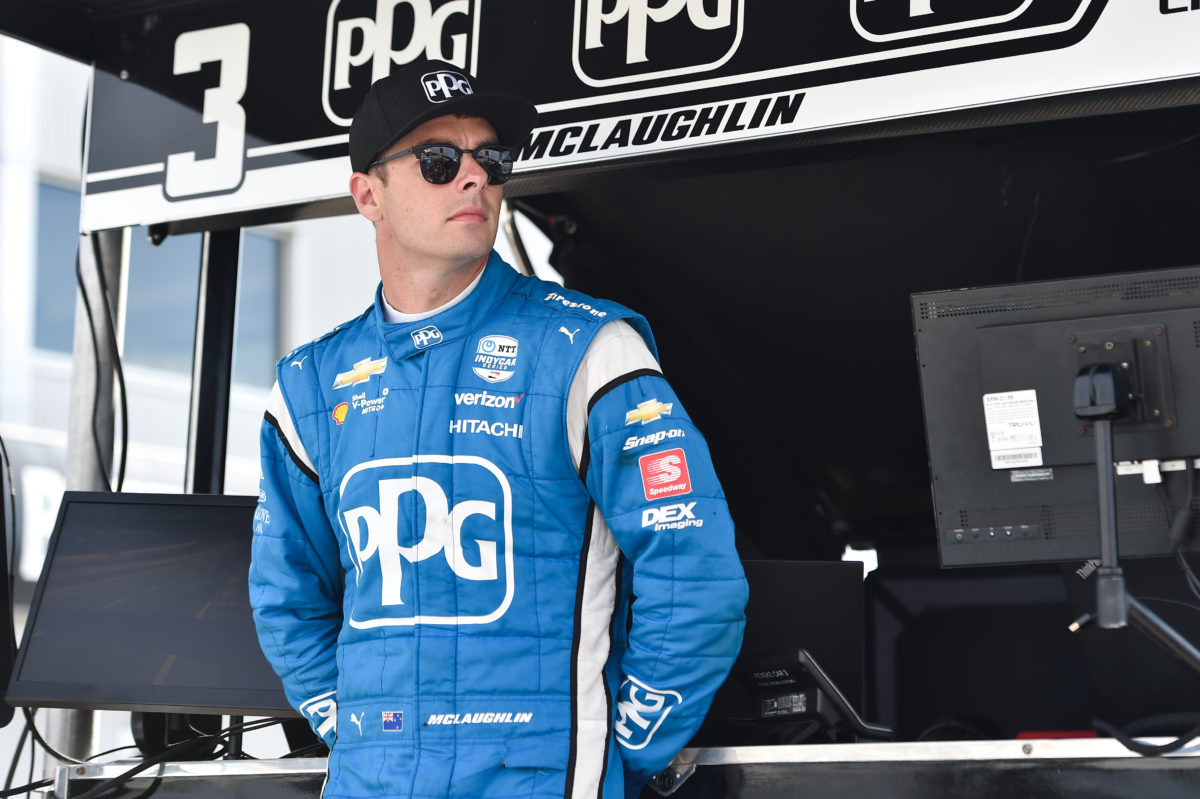 Scott McLaughlin has shown off the helmet with which he’ll compete in this year’s IndyCar Series.

McLaughlin is again set to pilot the #3 Team Penske entry as part of a three-car attack from the outfit that also boasts series winners Josef Newgarden and Will Power.

Earlier this month the livery the former DJR-Penske ace will campaign at the Road America event in June was revealed, the 28-year-old to sport the ‘yellow submarine’ Penzoil colours for the Indianapolis 500.

Bretzmen moves onto the #3 having worked with Simon Pagenaud prior to the 2016 series winner exited the operation at the end of last year.

McLaughlin finished 14th in his rookie season in the American open-wheel series, telling Speedcafe.com that he felt a maiden win was “within reach” when speaking on the KTM Summer Grill in December.

“I think if everything goes our way and we do the right things – and I think we’ve got the right pace to potentially do it – for me, the first thing I need to do in plan of attack is qualify better,” he said at the time.

“I think we need to give ourselves a bit more of a chance. I think our race pace is right there.

“I think as a race win, if everything goes our way, I’d love to take the opportunity.

“If not, I think we can really push for plenty of top fives and a solid top 10 finish in the championship come the end of the year.”

The 2022 IndyCar Series gets underway on the streets of St Petersburg on February 27.