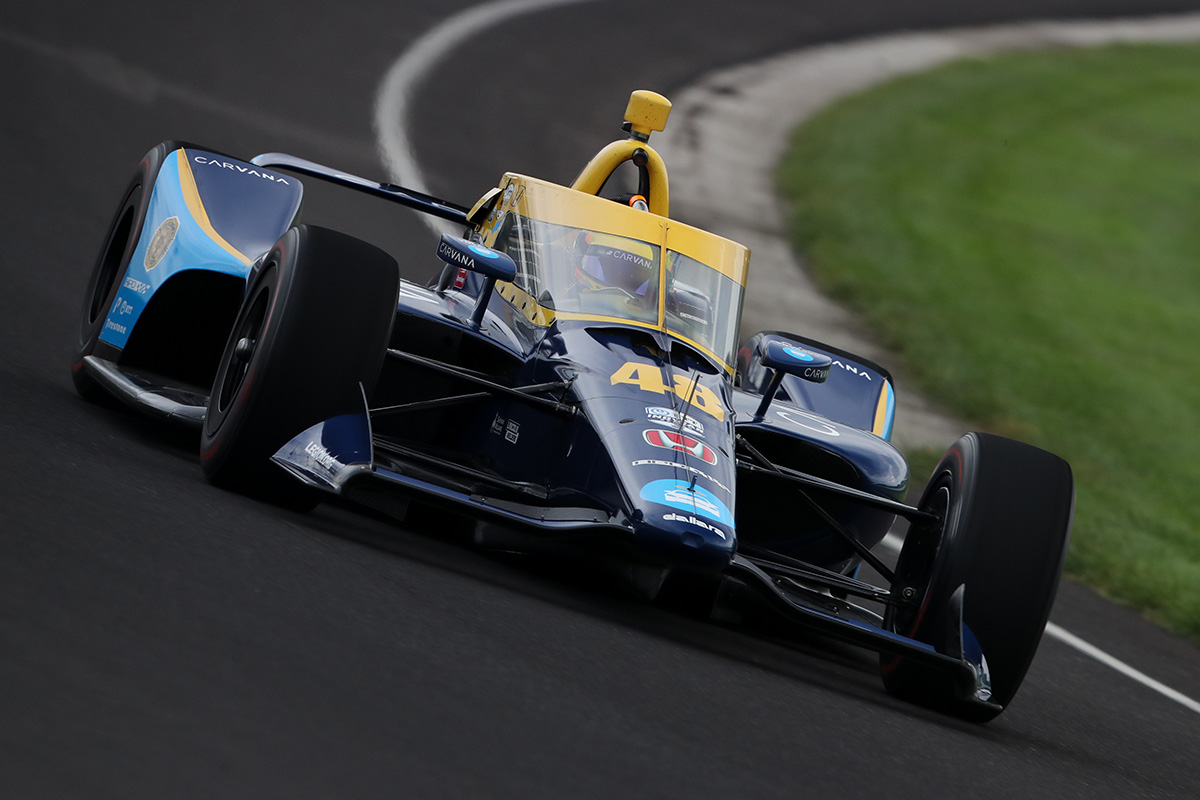 The seven-time NASCAR Cup Series champion announced his shock switch to single-seaters in 2020 to join one of the IndyCar’s preeminent teams.

Despite his success on ovals in NASCAR, Johnson restricted himself to the IndyCar road courses and street circuits.

After a year of watching the Indianapolis 500 on the sidelines, the series newcomer soon had a change of heart.

By and large, the 46-year-old struggled in his first season. Two finishes of 17th to close out the season were the best he could muster.

However, with four oval races beckoning, Johnson is optimistic better things are to come.

“I’m just eager to get more oval experience to try to sense and understand the car,” he explained.

“I feel like I’ll be much more competitive on the ovals, and the faster I can learn the cars and sensations and adjustments, the better my chances will be at a podium or better yet.

“Just excited to get to that. I spent last year just trying to hitch my trailer to the back of the pack and keep up with everyone, and I was finally doing that at the end.

“I do think the ovals should increase my competitiveness and get me right in the mix with everybody.”

Despite achieving speeds higher than those in his NASCAR days, he took very little time to get up to speed in the IndyCar.

“The speed is quite a bit faster than what I was used to in a Cup car, but once I got my eyes in the right spot, I was surprised how familiar it felt,” said Johnson.

“As the Texas test session wore on, we started making adjustments to the car.

“I was surprised, I knew how those adjustments felt in a stock car and I wasn’t sure if they would feel the same in an IndyCar, and they did.

“A lot of hope from those two test sessions that I had on the ovals.”

Johnson said he’s keen to see what racing on an oval is like in an IndyCar relative to the road courses and street circuits.

“I certainly hope from a driving experience that I’m able to stop thinking so much and just start reacting and driving,” he said.

“I know how much of a difference that made for me on the street and road courses over the course of the year, and I’m hopeful I get on an oval and that I’m more worried about going forward than I am sensing and feeling and paying attention to all the little details.”

Indianapolis Motor Speedway hosts the 106th edition of the Greatest Spectacle in Racing on May 29 (local time).