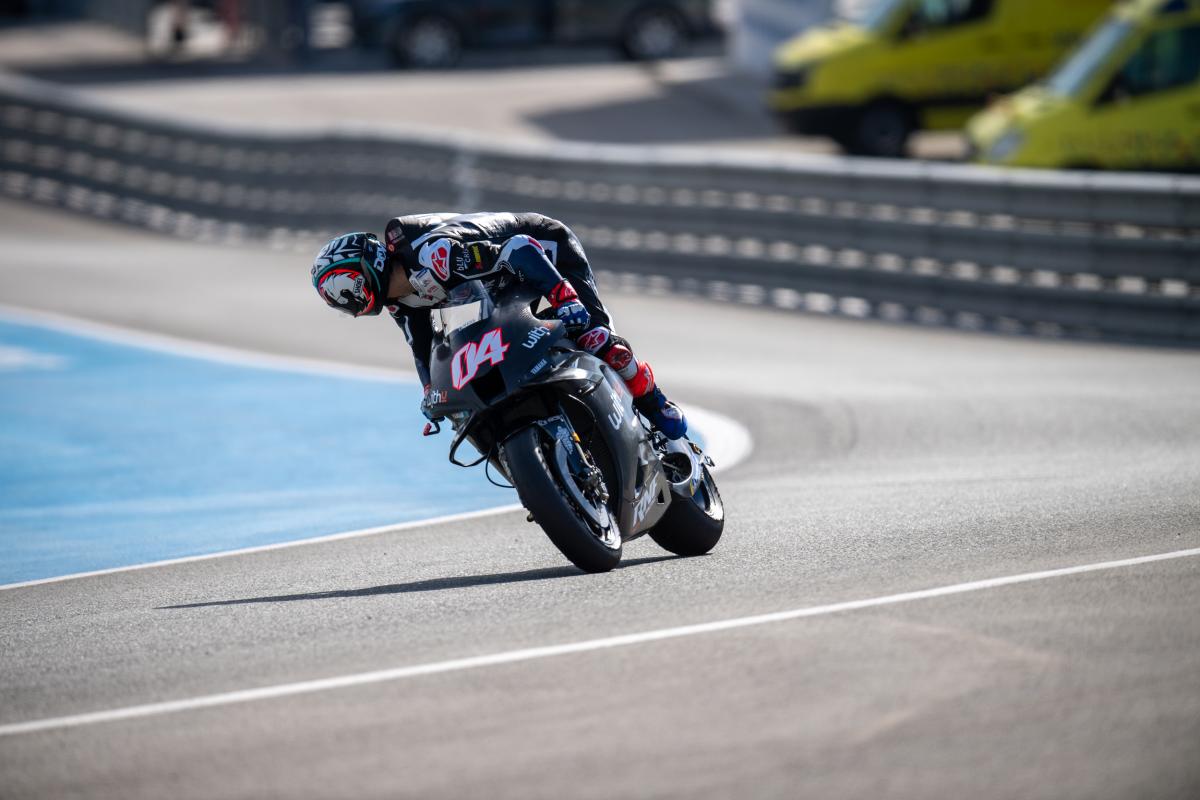 Andrea Dovizioso is aiming to emulate Jorge Lorenzo’s approach to switching bikes after his move to the Yamaha ranks late in the 2021 MotoGP season.

The 35-year-old will be RNF Racing’s lead rider in 2022 after signing with the Iwata manufacturer in time for the final five rounds of last year, as part of the shuffle triggered by Maverick Viñales’ acrimonious exit.

Dovizioso has ridden a Yamaha before, but that was a single season at Tech3 Racing, all the way back in 2012.

The majority of his MotoGP career has been spent with Ducati, where he scored 14 of his 15 premier class race wins in the period spanning 2013 to 2020.

Lorenzo joined him at Ducati in 2017 after nine years and three championships for Yamaha, and struggled initially.

He scored only three podiums in his first season in red but hit form early in 2018, ironically just as he would sign with Honda, with consecutive wins at Mugello and Catalunya, and another four races later at the Red Bull Ring.

While changes to his Ducati, including a new shape for the fuel tank, played their part in the turnaround, his team-mate at the time says Lorenzo also changed how he rode his bike.

Now, Dovizioso is looking to do something similar, although he is also keen to keep some of his own style.

“For sure, you have to [adapt], this is racing a motorcycle,” he said.

“Especially when you change bike and you go in an opposite way of the two bikes, for sure you have to change.

“What Jorge did, he started to be competitive when he changed, in my opinion, his mental approach and he rode in a different way than on the Yamaha.

“He didn’t try and ride [it] like a Yamaha, but he took something of his riding style.

“That’s why I told you before that it’s very important to adapt because the MotoGP of today – tyres, brakes, electronics, chassis – it’s quite clear what you have to do on every bike.

“But every rider has different talents and different experience, and everybody has something special.

“So, you have to keep and try to use your way to ride. You have to understand what percentage of that.”

Dovizioso ended up no higher than 12th in any of his five races with SRT last year, albeit riding the ‘A-Spec’ Yamaha, which is an upgraded 2019 bike.

However, his results had already taken a step back in 2020, when he finished fourth in the championship with just the one grand prix win, having been runner-up in each of the three seasons prior.

That coincided with a new construction for Michelin’s rear tyre, something which #04 says he is starting to get his head around.

“The new casing arrived in 2020 [and] changed the way you have to brake especially, and with Yamaha it’s the same,” explained Dovizioso.

“You have to use the balance of the two tyres in a different way.

“Still, I think I can use that balance in a better way. Still, I don’t feel comfortable, when I’m braking; I don’t feel I’m using the potential of the tyres and the bike.

“In the last two races of last season, I was improving because I changed the way I was braking completely compared to Ducati, because the Yamaha requests different things.

“And also, it helped me adapt to the new casing that arrived in 2020.

“In the way you have to ride the Yamaha, at the moment it’s not natural for me.

“I think it’s not easy, but it’s possible to adapt and use a bit of your style. I have to adapt more for sure because when you have something big about the bike’s DNA you have to follow the characteristics, but you have to keep a few things that are your strengths.

“So still I’m working on small details to try and mix these two things.”

Dovizioso’s rookie team-mate Darryn Binder, who will ride a year-old Yamaha, will be in action at the Shakedown Test at Sepang on January 31-February 2.

The first Official Test of 2022 will be held at the same circuit on February 5-6.