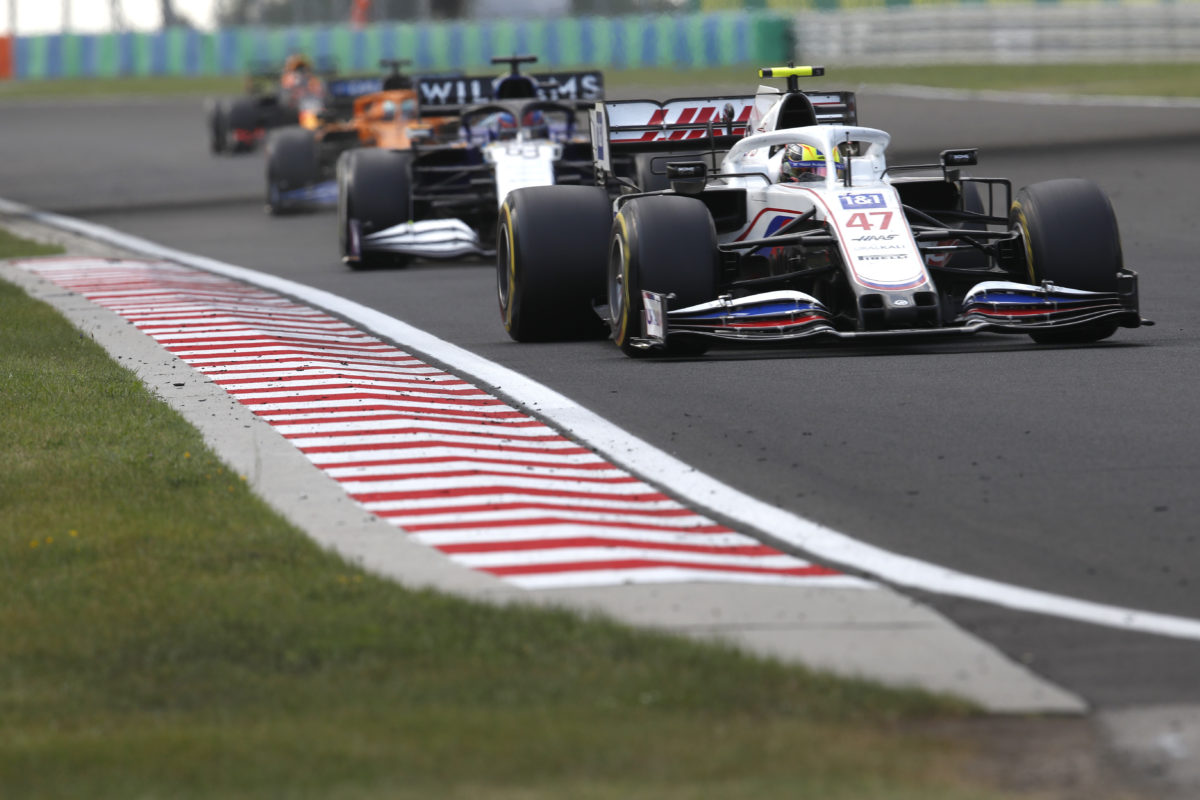 Schumacher in action at during the Hungarian Grand Prix

Racing for Haas, Schumacher had a difficult year as he and team-mate Nikita Mazepin battled with an uncompetitive car.

For the most part that left the pair glued to the back of the grid with little to no competition.

“For those who were looking, and looking closely, obviously I’ve been following, and I think he did an incredible job,” Vettel said.

“With such a poor car, to reach qualifying segment two a couple of times, to have strong showings in the race, fight some of the cars that are much faster, stick with the cars ahead that are supposed to be much faster, that’s a great effort.

“And even more so, I think it’s been a huge lift for the entire team.”

Haas always predicted the 2021 season would be a tough one.

Not only did the team have two rookie drivers, but it made the decision to focus its efforts entirely on the 2022 design.

That meant there was next to no development throughout the course of the season, which saw the car become increasingly uncompetitive as the year wore on.

“I think the offset from the start of the season for that team was poor because they had no development, and they were far behind,” Vettel observed.

“But I think if you look throughout the year, Mick’s been very happy, enthusiastic, and happy to put work in.

“He’s been one of the first ones, if not the first one, every single day to come to the paddock, and one of the latest ones to leave, and showing huge interest in trying to push the team along.

“So apart from the job on track that he did, apart from some maybe small mistakes that happened in your first year, I think he’s done a great job.

Haas is one of four teams yet to confirm its launch plans for the coming season, testing for which commences on February 23.