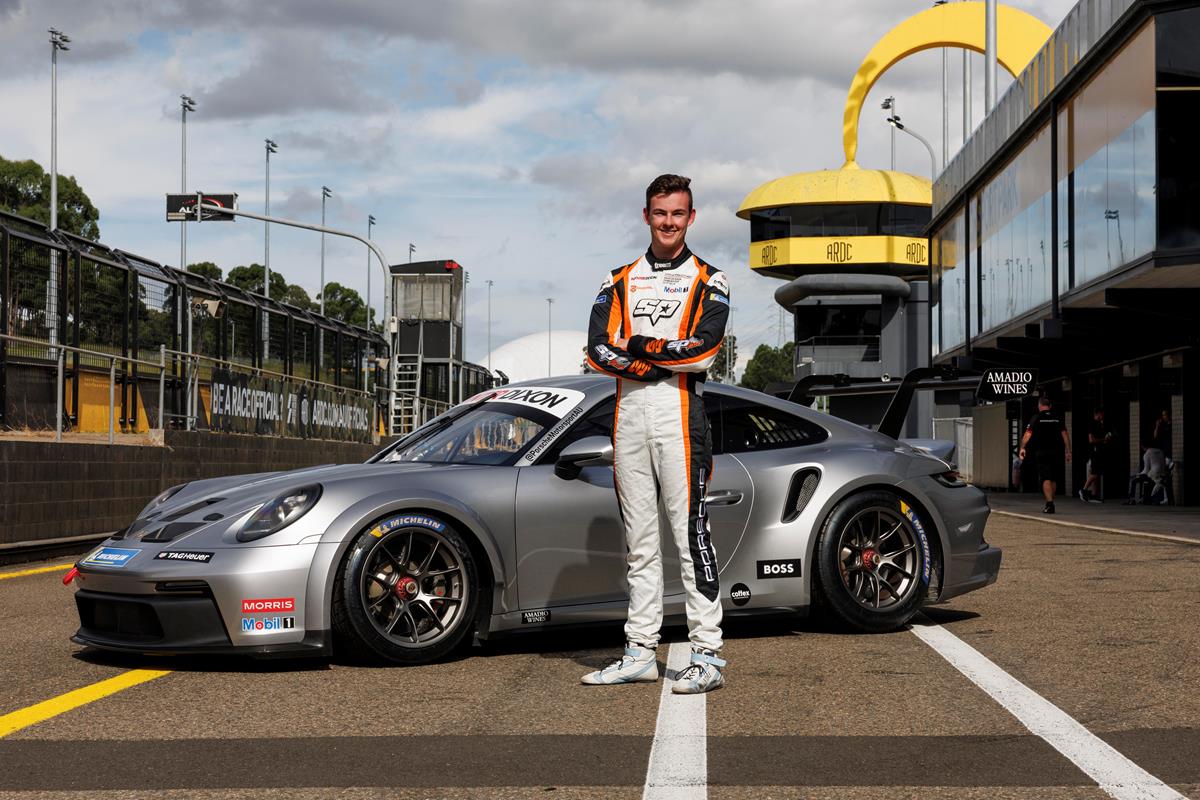 He this season steps up to the top tier of Porsche one-make competition where he’ll drive the all-new 992 spec Cup Car.

“I’m very excited to be not only working with Earl Bamber Motorsport, but also to make the transition into Carrera Cup Australia,” said Suhle.

“The new cars for this year look fantastic, and the depth of the field will make for a really competitive season.

“Hopefully after some turbulent years for all of us including everyone involved in the racing community, we get a full season of racing in for 2022,” he added.

“It feels like everyone is just itching to get back to the track and go racing again!

“The calendar put together by Porsche Motorsport is impressive. It’s every event you’d want to drive at and be at which will make it so exciting for everyone involved.”

“I think he is going to be a great addition to the team as he was very strong in Sprint Challenge last year, being a race winner.

“I think he will be a strong contender in this year’s championship and I am looking forward to watching him progress.”

EBM is expanding its operation ahead of the coming campaign with a brace of entries; one for Suhle and the Team Porsche New Zealand entry for Callum Hedge.

The opening round of the 2022 Carrera Cup season will be held at Albert Park on April 7-10 in support of the Formula 1 Australian Grand Prix.