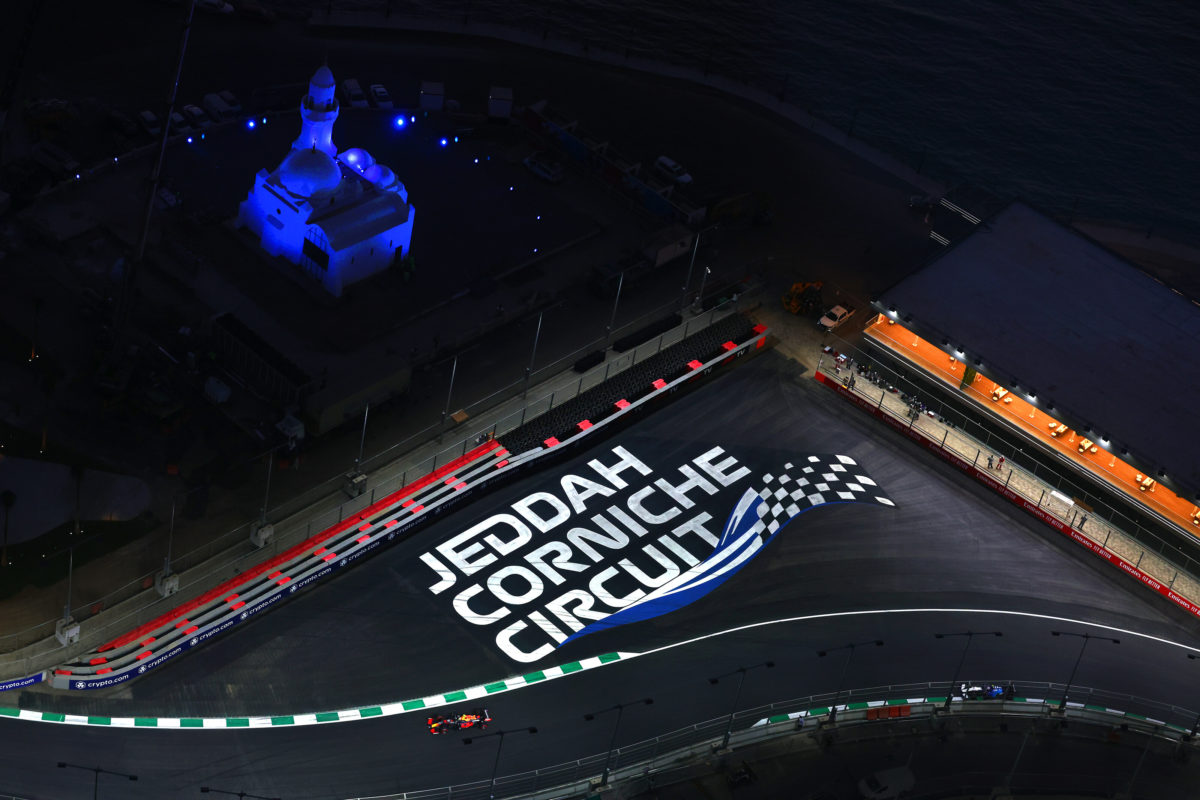 Tweaks will be made to the Jeddah Corniche circuit

The design of the Jeddah Corniche circuit in Saudi Arabia is set to receive a number of tweaks ahead of Formula 1’s visit in March.

Saudi Arabia hosted F1 for the first time in November, though has moved to the early part of the season, as predicted by Speedcafe.com last year.

It was also noteworthy for the high speeds witnessed on a circuit which has few straights and little run off.

Mick Schumacher and Charles Leclerc both had a highspeed crashes over the course of the weekend, with a number of other incidents happening in support races – one of which delayed the running of the final Formula 2 race of the weekend.

Looking to learn from last year’s event, organisers are planning a number of changes both to the circuit and amenities for 2022.

“We have been striving to improve on some areas for our second event,” said Martin Whitaker, the event’s CEO.

“Firstly, there are going to be one or two slight changes to the track.

“These tweaks are directly related to a drivers’ sight-line from the cockpit. It’s minimal work, but it will help improve forward visibility in a couple of corners.

“Secondly, we will make some small modifications to the barriers that will favour the lines the drivers take around the course.”

Work is also underway to improve things for fans attending the event.

“There are a couple of areas that we are working on to enhance the experience for the fans who return to the track in March,” Whitaker added.

“We are planning on shifting some of the angles of the grandstands to improve visibility and, at the same time, we plan to increase the size and develop the Fan Zones, which proved to be extremely popular.

“We had to get the whole facility ready in a short space of time, but now with this small gap to our second race we are better placed to understand our limitations.

“Because of our location, we can’t change too much because the track is positioned on a narrow strip of land next to the sea, but we are certainly looking at the circuit’s entrance and exit.

“Due to the confines of the track’s location, traffic management was an issue and there were characteristics of the road system that created unnecessary delays.

“There are lessons we have learnt, and we have the time now to get these aspects resolved to make sure everyone who returns will have an equally good, if not better, experience.”

The Saudi Arabian Grand Prix marks the second round of the 2022 Formula 1 season on March 27.