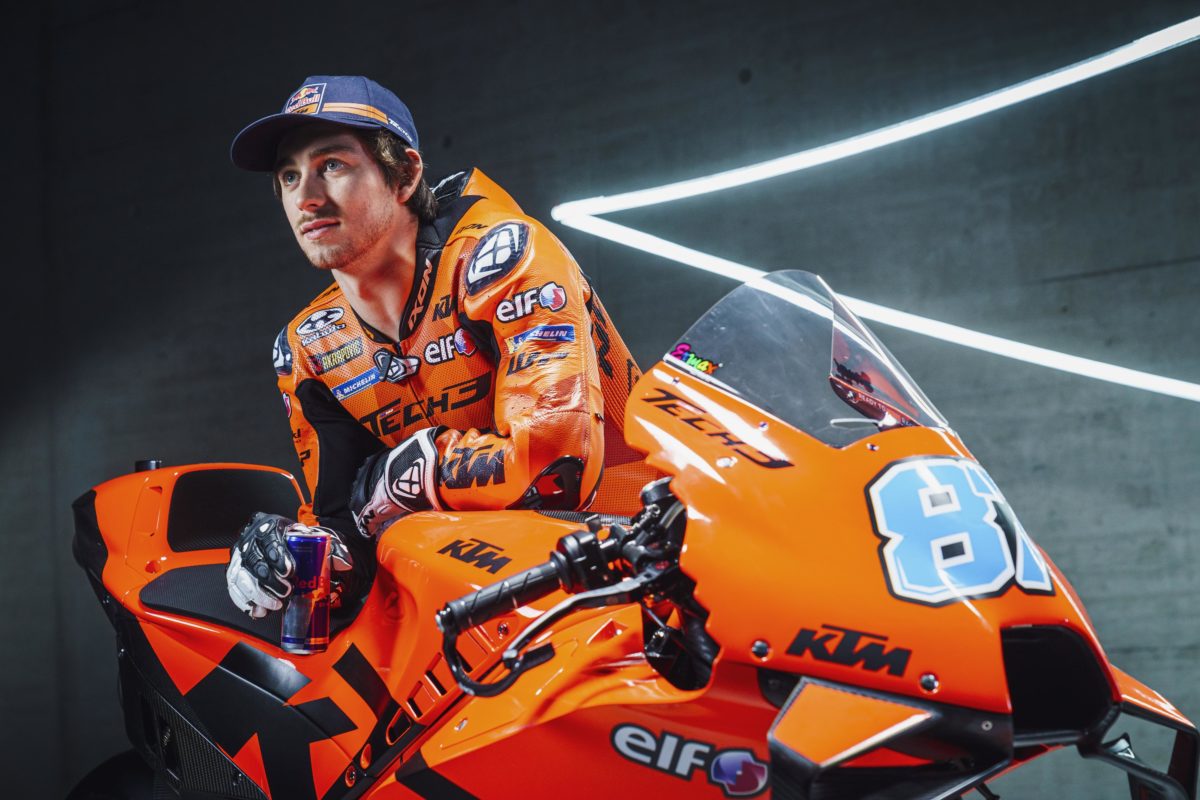 Remy Gardner expects that the power of his KTM RC16 will still be a surprise when he resumes testing for his rookie MotoGP season.

Gardner, and team-mate Raul Fernandez, have slightly more experience than one might at this point of a rookie year, testing not only in the preceding post-season at Jerez but also at Misano last September.

However, the Sydney native expects a serious thrill again when he gets back on a MotoGP bike.

“Between Misano and Jerez, we had a few months and we went back to the Moto2 bike so definitely on the first few laps it was like, ‘that power again!’” he recalled of his 2021 outings.

“But, after some laps it became more natural and on the second day of the test we were getting in the groove of things, getting more used to the bike and all the controls and things.

“Everything was getting a bit more natural. The first two laps will be a surprise again but we have plenty of days of testing to figure it all out.”

Looking back on his initial rides on the RC16, Gardner described the sensation as “pretty crazy”.

“I think I can speak for most guys who have come up to the GP bike… we have ridden the fastest bikes in the world but until you try a MotoGP bike then you have no idea what’s coming,” he added.

“I remember opening the throttle on the first straight and it was eyes-wide-open just trying to hang onto the bike. It was so fast.

“I remember getting to the end of the back straight and I was just screaming in my helmet ‘oh my god’! I was quite shocked and surprised. Adrenaline and having fun.

“More than anything I was shocked at how fast it was; the power.

“For sure, every lap it was a bit more normal but it was an amazing experience, especially at Misano on the first day.”

Gardner fractured a wrist in a training crash earlier this month, but there are no signs of concern about his ability to take part in pre-season testing.

As rookies, he and Fernandez are eligible for the Shakedown Test which marks the start of official activity for 2022, at Sepang on January 31-February 2.