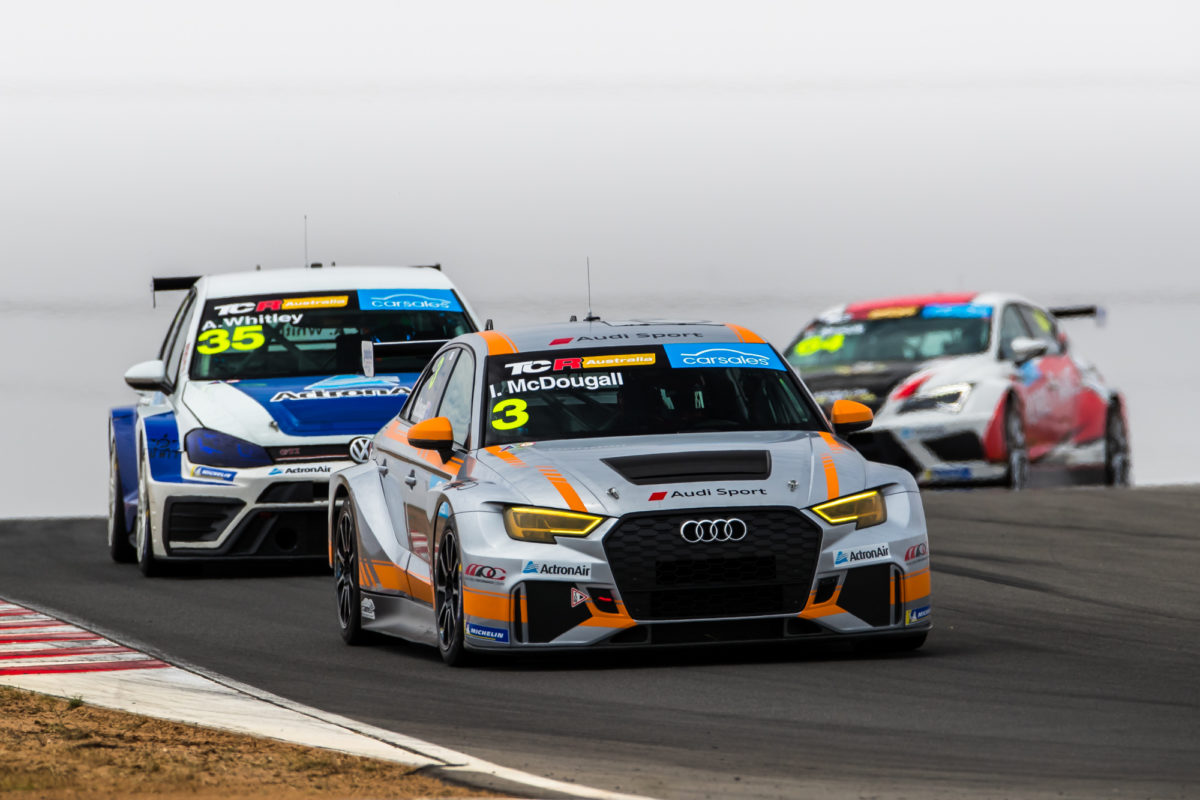 Iain McDougall at The Bend in 2019

McDougall has aligned himself with local Audi agent Melbourne Performance Centre, with which he qualified in the top 10 in his only previous start in the series, at The Bend in late-2019.

“The opportunity now has come up with everything sort of settled, we’ve got a good picture of what 2022 and onwards is going to look like, so there was a chance to step up and have a crack at it,” he said.

While it has been more than two years since he raced a TCR car, McDougall’s prowess in front-wheel drive machinery is demonstrated by his multiple Victorian Under 2-Litre Sports Sedan titles in an ex-Mini Challenge R56.

He had been planning to compete in Supercheap Auto TCR Australia in 2020 before the pandemic hit.

While set to miss Round 1 of the 2022 campaign at Symmons Plains, McDougal will have a test at Phillip Island before making his return at Round 2.

“I really love the track [Phillip Island] and it’s a great place to be; anytime you get to run around there is a great day,” he remarked.

“Unfortunately, Tasmania was a little bit too early in the season to get everything organised with work and other things in place, so we’ll sit back and hit the ground running at Phillip Island.”

McDougall added, “There are a great mix of drivers of varying experience and a lot to learn from a lot of good people, but there are a lot of young guys finding their way.

“Our approach is that this is effectively a two-year plan, so the first season we’ll learn and take as much success as we can gather along the way. Year two we’ll have a good crack at it.

“In terms of the first season, we just want to build on where we got to at The Bend so if we can run inside the top 10 that would be fantastic.”

Supercheap Auto TCR Australia will be the headline act at AWC Race Tasmania on February 11-13, before the trip to Phillip Island for the Shannons Motorsport Australia Championships event on March 18-20.