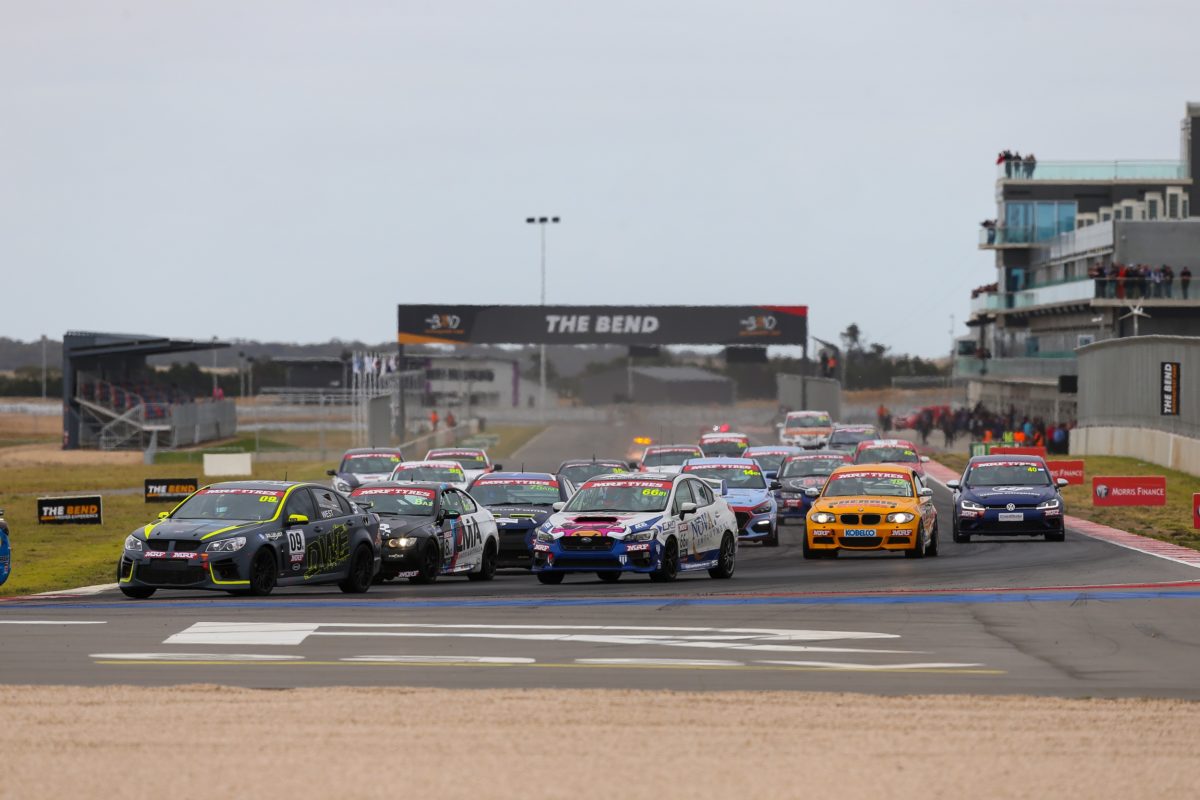 New ownership for the Australian Production Cars series has been announced, as well as its 2022 calendar and a new ‘tyre panel’.

Category management rights have gone from Iain Sherrin’s Ontic Sports to Production Car Racing Pty Limited, although there will very much be continuity in series operations.

That is because the new category owner is managed by Troy Williams, a former competitor who was appointed general manager of Ontic in late-2020.

Sherrin explained, “It has been a big six years since Ontic Sports took over the category management for the Australian Production Cars, and now is the right time to hand over the reins to Troy who has done such a great job since late 2020 as Ontic Sports’ general manager.

“It has sure been a journey since we re-launched the series in time for the 2016 season, and I would like to thank Motorsport Australia as well as all of the teams, competitors, sponsors, tracks, officials, volunteers and suppliers for their support over the last six years.

“I now look forward to seeing the series as it evolves again in the coming years.”

Williams remarked, “I have greatly enjoyed working with Iain as the general manager of Ontic Sports since late 2020, managing the APC on Ontic’s behalf, and I am sure Iain will enjoy the additional time to focus on family and other projects.

“The Production Car Racing organisation is thrilled to be taking the reins – while there is a new category management company name on the forms, it will be business as usual for our stakeholders as they have all been dealing with me for quite some time now already.

“We have some exciting things happening in 2022 – a return to endurance racing, a Bathurst season finale and the introduction of a tyre panel which I believe will be well received. Also, I am looking forward to announcing a fantastic new naming rights partner in the near future.

“With five rounds on the calendar, things are looking great for 2022 and we can’t wait to get back into racing!”

Those five rounds include four with Shannons Motorsport Australia Championships, at Sydney Motorsport Park, Phillip Island, Queensland Raceway, and The Bend, before the finale at the Supercheap Auto Bathurst International.

A variety of formats will be employed throughout the year, although all rounds will open to solo steerers and multi-driver crews.

In terms of the new tyre panel, competitors may now choose from four brands, namely Yokohama, Dunlop, Hankook, and MRF, having previously been restricted to the latter.

Regulations and classes have been aligned to the Bathurst 6 Hour, and recommendations from the National 3E Committee.