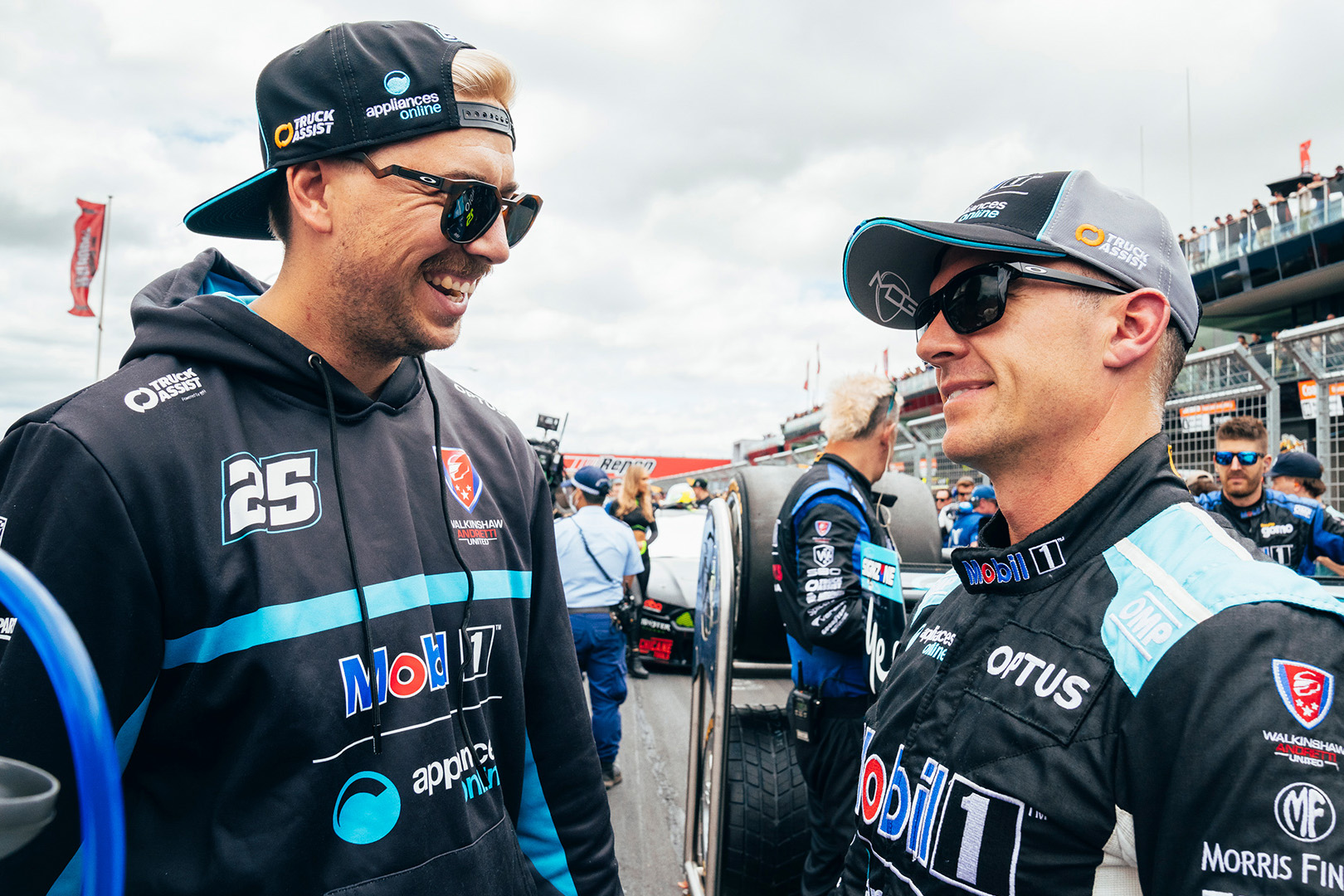 Chaz Mostert says his win with Lee Holdsworth in the 2021 Bathurst 1000 shows co-drivers have to be as good as their primary counterparts.

After his untimely departure from Tickford Racing at the end of 2020, Holdsworth was quickly snagged by Walkinshaw Andretti United to share the #25 Holden ZB Commodore with Mostert.

The pair proved to be a formidable combination, dominating the week’s running before controlling proceedings in the 161-lapper even with a mid-race puncture.

From 2011 to 2021, seven of the eight Bathurst 1000-winning co-drivers had some previous full-time Repco Supercars Championship experience.

Speaking with Speedcafe.com, Mostert noted the level of competition among the co-drivers has stepped up in recent years.

“That’s the way the game has changed in general, me and Lee weren’t the only combination where you’d say there were two main drivers,” said Mostert.

“The field is just as strong as it’s ever been. That’s what you need as a combination to try and win that race.

“For us in the first place to be able to lure someone like Lee to hop in that seat and bolster up our team with our co-drivers – we were very lucky already to have Mr Consistent, Warren Luff, as one of our co-drivers in the team – [in 2021 it] was fantastic to see a really strong driver line-up and we got first and fifth in the Great Race.

“It’s a credit to all the people involved that we had a really, really strong driver line-up. It helped a lot.”

Mostert said he remains in awe of what the co-drivers can accomplish considering how little time they spend in the Supercars year on year.

“There’s a lot of co-drivers out there that have the amazing ability still and amazing pace that you see every year at the Bathurst 1000,” said Mostert.

“It’s crazy to see. Some of those guys at the front, they don’t drive the Supercar that much through the year.

“ The teams might give them one test day a year or a few laps at a couple of their other test days and chuck them in on a ride day where your tyres aren’t flash.

“When it comes to the crunch time at the Bathurst 1000, one of the hardest tracks to extract speed out of a car and out of yourself, these guys just step up out of nowhere.

“It’s not fair to judge them against us, because we’re in the car for 12 rounds of the year. We know the progression path of the set-up. These guys get in and do a mega job.

“That’s what Lee did and there are a lot of other co-drivers that have done a fantastic job as well.”

Walkinshaw Andretti United now finds itself on the hunt for a suitable replacement for Holdsworth after he was signed by Grove Racing to return to the championship full-time.

One driver who recently came onto the market is that of Fabian Coulthard, who finds himself out of a full-time drive for the first time in his Supercars career.

Should he be unavailable, Warren Luff stands to reason as another strong option for Mostert having driven together in 2020.

“Obviously we’ve got a fair bit of time to work out who’s going to fill that hole in the #25 come Bathurst [this] year,” said Mostert.

“Obviously it’s a fantastic car and a fantastic team to be involved in, no doubt we’ll look at all the options and see what’s the best to try and go back-to-back with the Bathurst 1000.”

As for Holdsworth, Mostert said he’s looking forward to racing side-by-side with him in 2022.

“It’s just good to see him get a drive back in the main game,” said Mostert.

“It’ll be a bit weird instead of sharing a car with him. We’ll obviously be banging doors at some point.

“As everyone would say, Lee is literally one of the nicest guys in pit lane. He deserves it. So it’s good to see.

“I look forward to banging doors with a lot of people, but I’m sure I’ll enjoy banging doors a bit more with Lee just because he can’t quite see over the steering wheel.”