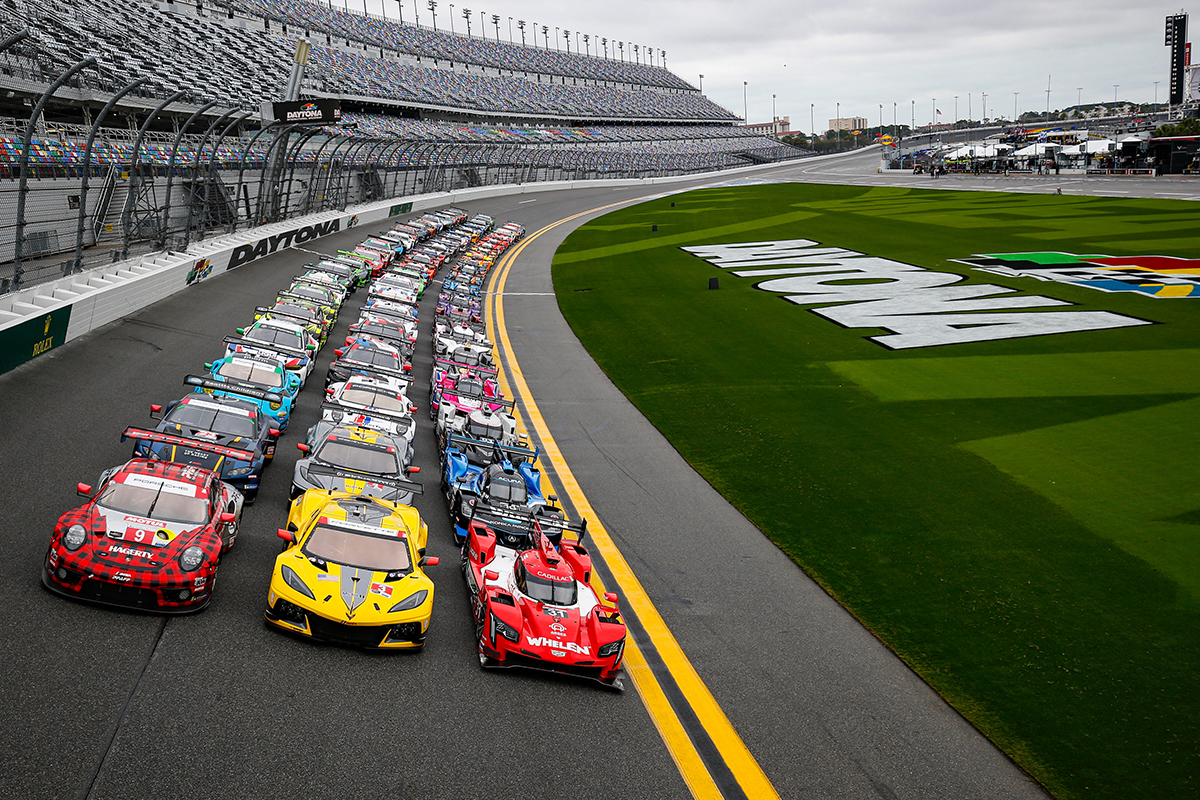 The 61-car field lined up for a photo

The Australian contingent competing in the Rolex 24 at Daytona has been boosted by the late call-up of James Davison to this weekend’s race.

A capacity grid of 61 cars is expected to take part in the twice-around-the-clock classic which kicks off the IMSA WeatherTech SportsCar Championship.

While the official entry list for the 60th Rolex 24 at Daytona is yet to be released, there are a number of other Australasian drivers expected to take part.

In the LMP2 class James Allen is listed in a G-Drive Racing car, while Cameron Shields and Josh Burdon are competing in LMP3 in separate entries.

Kenny Habul again brings his SunEnergy1 Racing team to Daytona where he co-drives in the GTD Mercedes.

Two New Zealanders will compete in the top-tier DPi class, namely Scott Dixon and Earl Bamber, both for Cadillac Racing.

Defending race winners, Wayne Taylor Racing, claimed honours in the Roar Before The 24 qualifying race to secure pole position for the main event.