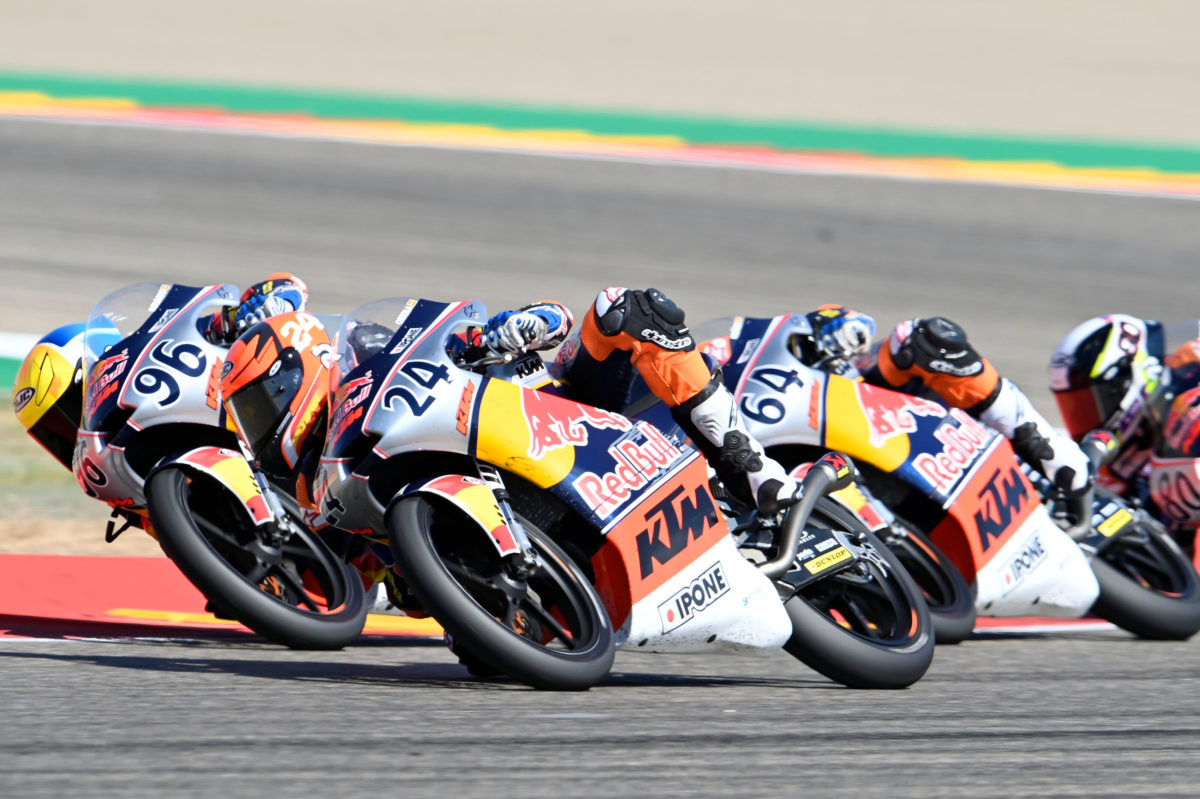 The Red Bull Rookies Cup, for which KTM supplies bikes

KTM’s Pit Beirer has hit back at criticism from Ducati’s Davide Tardozzi over suggestions that the Austrian manufacturer uses improper means to lock up young talent for MotoGP.

KTM can lay claim to being responsible for at least part of the development of all four of its full-time MotoGP riders for 2022, namely Brad Binder, Miguel Oliveira, and Tech3 duo Remy Gardner and Raul Fernandez.

Gardner is the odd one out in so much that he had just a single year in the Red Bull KTM Ajo Moto2 team, whereas the rest of the quartet has also been through that squad’s Moto3 programme and spent at least a period of time in the Red Bull Rookies Cup.

The latter is a one-make competition for riders who have not yet participated in a grand prix, for which the Mattighofen marque supplies bikes.

Tardozzi, Ducati’s factory team manager, apparently complained that KTM has used the Red Bull Rookies Cup as a means of tying up youngsters on relatively long-term deals, to the detriment of riders and other manufacturers.

However, Beirer, who is KTM’s motorsport director, says they cannot legally enter into any contracts with Red Bull Rookies Cup riders because they are not old enough to be able to sign anyway.

Responding through an interview with German outlet Speedweek.com, he asserted that the Austrian marque does not sign youngsters to ‘Knebelverträge’, a German word meaning oppressive or ‘gag’ contracts.

There was also a pointed remark about Ducati’s relative lack of investment in youth.

“First of all, we don’t make gag contracts,” declared Beirer.

“I don’t know what he ate the morning he made those declarations, but if Mr Tardozzi claims that there is unfair competition, I can only warmly invite Ducati to get involved in the young rider sector. 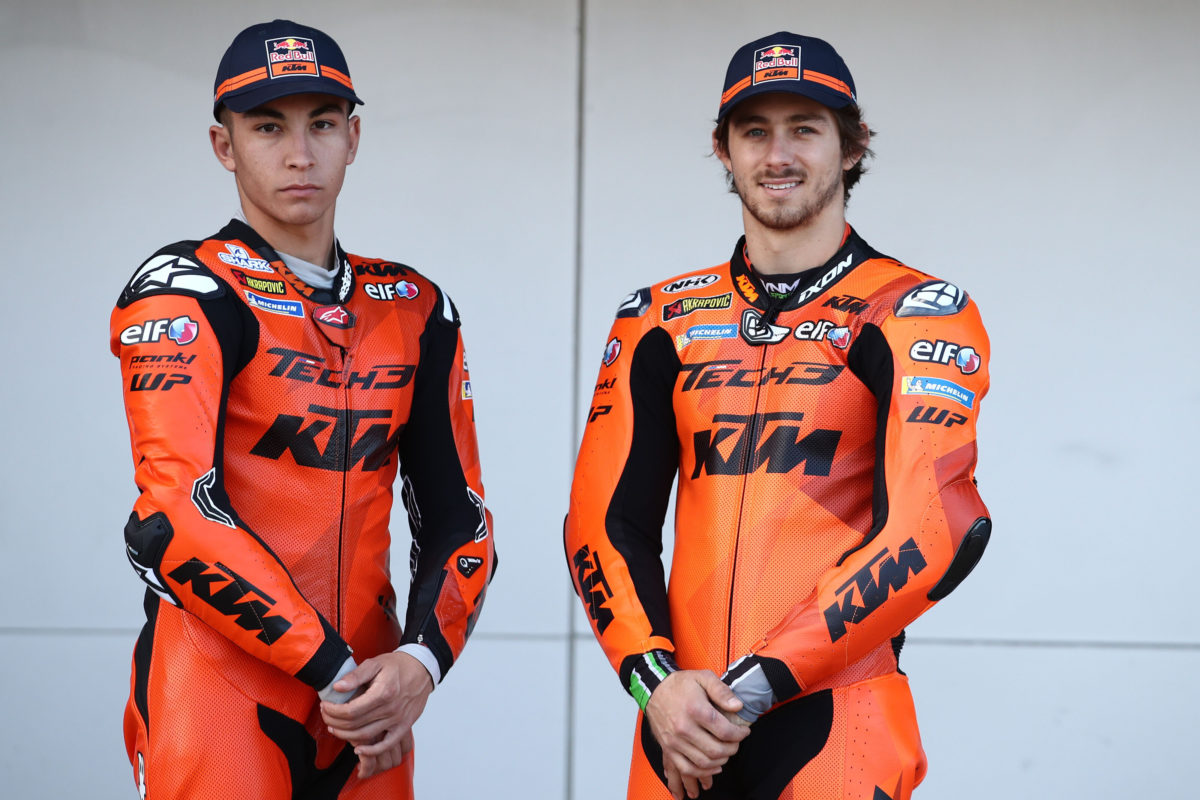 To what comments Beirer refers is not made clear, although his refute seems to aimed at an interview published Britain’s Motor Sport Magazine in September 2021.

Then, Tardozzi said, “The Rookies Cup is absolutely fantastic, but I don’t think it’s fair that it’s always [since 2007] with one manufacturer.

“I don’t know if it’s true but somebody told me they can lock guys into contracts for five years.

“If this is true, it’s not good, because it’s like a monopoly. I don’t think they should have the possibility to lock young riders for five years; it’s not correct.

“On the other hand, Ajo’s Moto2 and Moto3 teams are completely correct, no problem at all, because they grow up riders in the proper way because Aki is an incredible team manager, very clever.”

KTM participates in the class, via Ajo Motorsport, even though regulations are such that it must use a control engine made by another manufacturer.

Honda is also involved through Honda Team Asia despite being in the same awkward situation with respect to powerplants, while Ducati does not have a presence in the intermediate class at this point in time.

The Italian manufacturer does, however, have in its ranks a highly-rated former KTM junior in Jorge Martin, who is considered a threat to Jack Miller’s seat at the factory team.

The Spaniard bought himself out of a deal with KTM in order to join Ducati, and compatriot Fernandez reportedly tried to get out of his own contract last year, amid interest from Yamaha in placing the eventual Moto2 runner-up at its satellite team.

Beirer raised the possibility that Ducati was improper in prising Martin away after KTM’s investment in the Spaniard, which included paying him a salary. 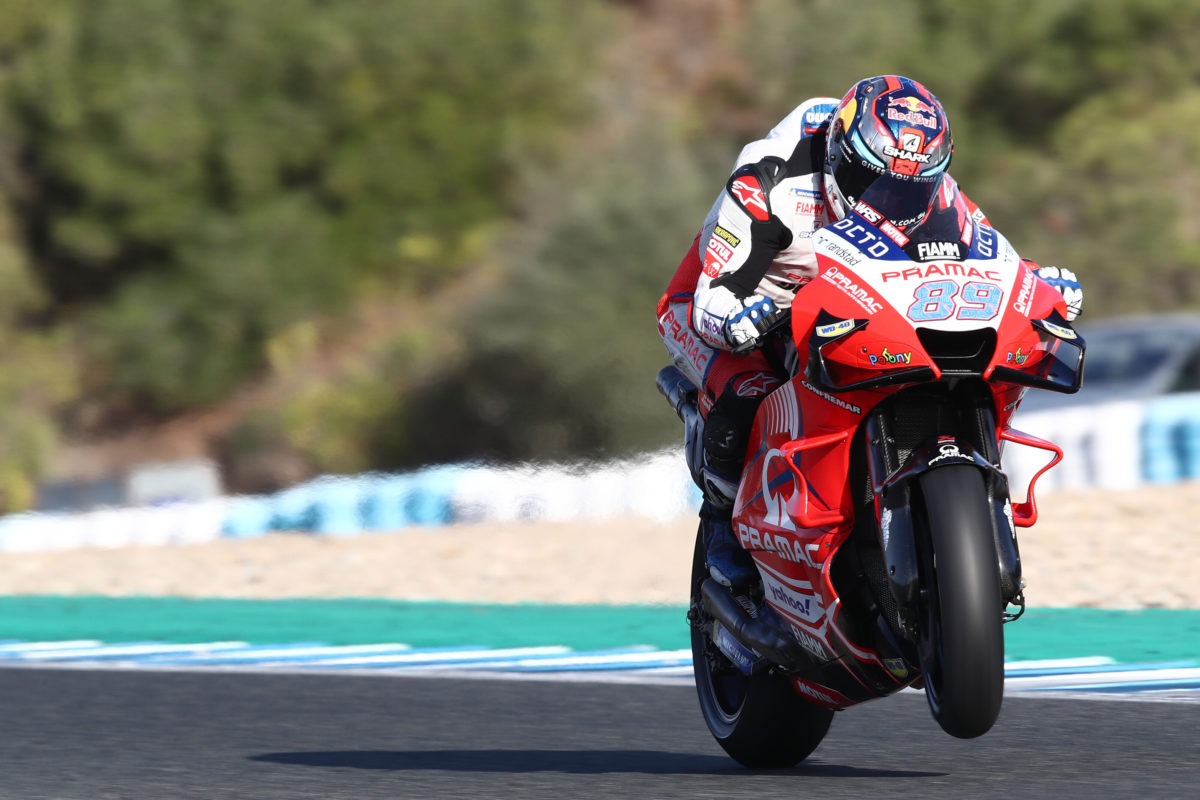 “We had Jorge Martin race for two years in the Moto2 championship with the Ajo team,” he noted.

“He had a valid contract with us for 2021 but wanted to join Ducati.

“We then released him for a fee of EUR 80,000 to ride for another manufacturer in MotoGP.

“I would like to ask Ducati to think whether it was a decent or an indecent action.”

While KTM is widely regarded as being ahead of the curve, other manufacturers are developing their own talent pipelines.

Ducati is forming links with VR46, to which it will supply bikes this year in MotoGP, and Valentino Rossi’s academy operation will run teams for itself and Yamaha in Moto2 in 2022.

KTM’s rookies will be able to ride in MotoGP’s Shakedown Test at Sepang from January 31-February 2, pending Gardner’s fitness after recently fracturing a wrist.