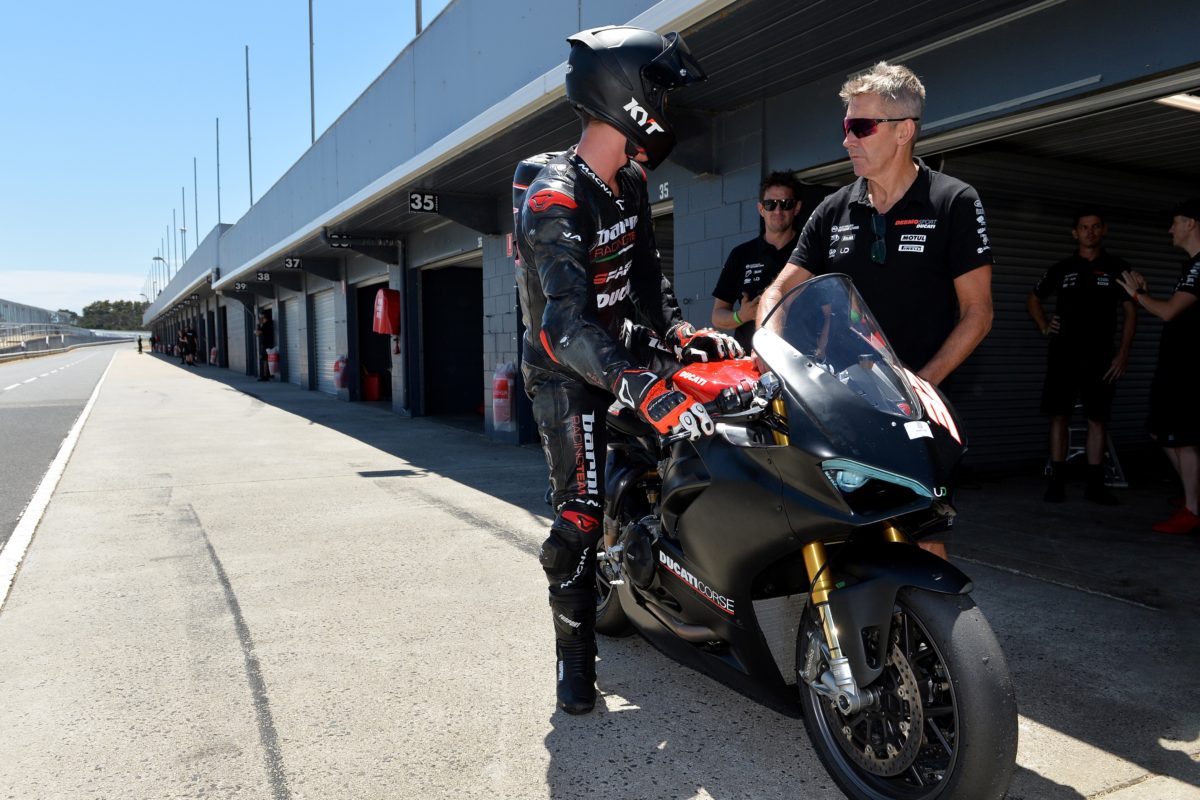 Oli Bayliss with father Troy during a test at Phillip Island. Picture: @wussel_colvin

Oli Bayliss will race with a familiar number when he embarks on his rookie Supersport World Championship campaign this year.

The release of the provisional permanent entry list shows that the 18-year-old’s Barni Ducati entry will be emblazoned with the #32 which he also used in the Australian Superbike Championship.

He will not be the only Australian in the field, with Ben Currie to ride a Kawasaki ZX-6R for the Puccetti team.

Currie is in fact a German-Australian who finished runner-up in last year’s British Supersport Championship, where he has spent much of his career.

Coincidentally, his WorldSSP entry will be Bike #21, the number which was Troy Bayliss’ trademark.

Bayliss junior will be riding one of seven Panigale V2s in the field after Ducati was drawn back into the category by new technical regulations under which its 959cc engine is now eligible.

He tested at Phillip Island earlier this week (pictured), with the opening rounds of WorldSBK and WorldSSP to be held at Spain’s MotorLand Aragon on April 8-10.