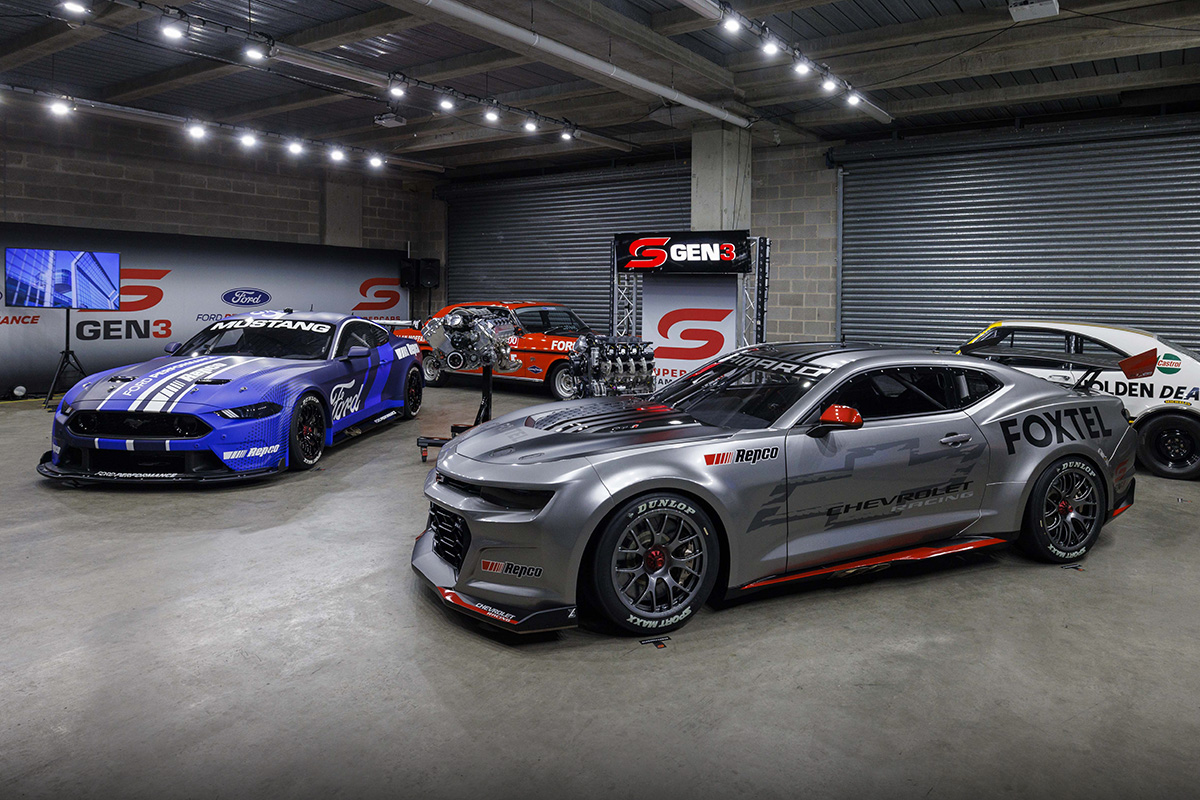 A decision on which Gen3 manufacturer Walkinshaw Andretti United will align itself with heading into 2023 will have to be made soon, says team boss Ryan Walkinshaw.

Walkinshaw has been open in his desire to bring a third manufacturer to the championship, and indeed was a vocal advocate of introducing the Chevrolet Camaro.

BMW and Jaguar have been rumoured to be in the mix; however, the latter recently denied any chance of that happening.

While Walkinshaw has never publicly named the marque, BMW was thought to be the subject of a deal that fell through late in the piece due to the COVID-19 pandemic.

Talk of another manufacturer joining the fold was only intensified when Walkinshaw Andretti United’s drivers were absent for the reveal of the Gen3 prototypes at last year’s Bathurst 1000.

With two prototypes conducting on-track testing, Walkinshaw said there is an element of urgency to make a call soon to understand what the 2023 Repco Supercars Championship looks like for them.

Whether that means an alignment with Ford, Chevrolet, or another manufacturer remains to be seen.

“I think for us, we’re going to have to make a decision on who we go with pretty quickly,” said Walkinshaw, speaking on the latest Rusty’s Garage episode.

“We’ve got a pretty fair idea on what we’re gonna do, but we’ll probably need to commit because the longer that we wait, the less time that we have to try and understand what car you’ve got and what engine you’ve got and the development work that’s going to go into 2023.

By and large, the Clayton-based team has been the only Supercars team to publicly state its desire to bring another manufacturer to the championship.

Although Walkinshaw wouldn’t be drawn on the chance of that happening in 2023, he said the rollout of the Mustang and Camaro will give other manufacturers more confidence to commit.

“It’s hard, because we’ve probably spoken to six manufacturers and we’ve got NDAs with all of them, so I can’t tell you who they are,” Walkinshaw explained.

“But there’s speculation out there and there’s generally not speculation with the detail that there has been without… smoke without fire.

“I can’t talk about anything we’re doing […] If I take a step back and not be specific about anything, I would probably say the key feedback that we had previously was a lack of clarity on the Gen3 guidelines and what that was going to look like.

“That’s now resolved. We know what Gen3 is. We know what it’s going to look like. We’ve got two Gen3 car prototypes zooming around. That concern from a manufacturer perspective is now gone, or at least massively diminished.

“The second one, which is actually what killed one programme, which we were 95 percent of the way to accomplishing, was COVID.

“Like a lot of manufacturers, not just from a motorsport perspective, most of them and their own product development perspectives, they put the handbrake on and didn’t want to take any additional risk whilst COVID was in its early days and the world didn’t know what it was going to look like.

“There were some pretty big concerns about how COVID was going to impact the world at that time. Understandably, they decided to go risk-off, and to be honest, I would have probably done the same if I was them.

“There’s no need spending millions of dollars on something unless it’s absolutely critical, especially when you’re concerned if you’re going to be able to keep your manufacturing plants open. That was disappointing.”

Walkinshaw Andretti United will field two Holden ZB Commodores with Chaz Mostert and Nick Percat at the helm in 2022.