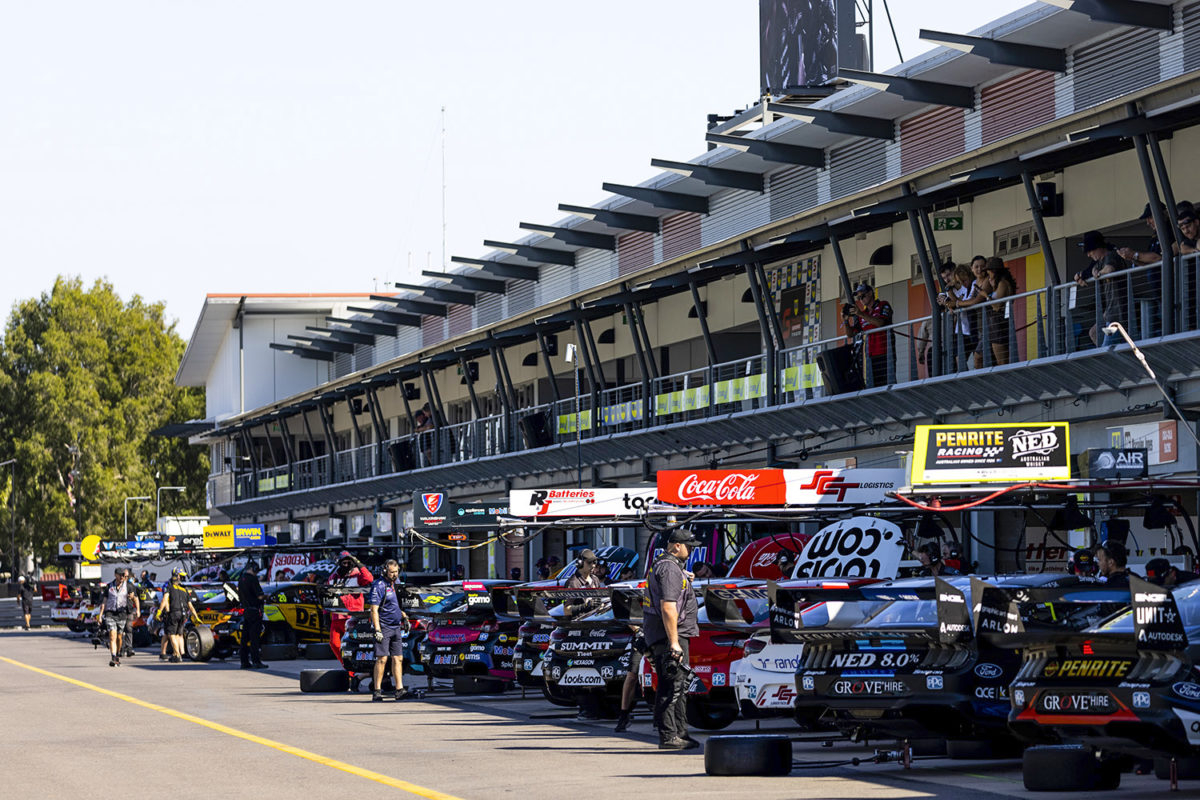 The pit lane order for the 2022 Repco Supercars Championship has been released.

Triple Eight Race Engineering has reclaimed the first garage and bay/boom position by virtue of its victory in the previous year’s teams’ championship, results of which are the primary determinant of pit lane order.

The Banyo squad thus swaps places with Dick Johnson Racing, which finished second in the 2021 teams’ championship after prevailing (as DJR Team Penske) in 2019 and 2020.

Tickford Racing once again has the third pit bay, as well as the fourth, thanks to the exploits last year of Cameron Waters and James Courtney.

Three- and four-car teams are treated as separate two-car and one- or two-car teams for the purposes of the teams’ championship, with Tickford’s #6 and #44 entries combining for third in that contest last year.

Walkinshaw Andretti United makes the biggest advance, from the seventh bay to the fifth, after taking fourth in the 2021 teams’ standings.

Thus far, only the positions of teams, as opposed to specific cars/drivers, have been confirmed.

What is clear is that Team 18 has fallen a full three pit bays despite only dropping from sixth in the 2020 teams’ championship to seventh last year.

Finishing ahead of the third Tickford car last time around was no benefit in terms of pit lane order given what the first two achieved (as noted above).

PremiAir gets the spot which its predecessor Team Sydney would have, while BRT is out on its own at the back end of the lane given it is now the sole single-car team in what has become a 25-car field.

That was, in practice, also the case when there were 24 cars last year, but the blue Mustang shared the fourth boom with the third car from Tickford, the other operation fielding an odd number of full-time entries for that campaign.

Adding to the sting, BRT will also need a full crew to service its one car, having been able to share personnel with Tickford in 2021.

Teams’ championship results and pit lane order are fought for not just for bragging rights, but also sporting reasons.

A position nearer to pit exit is generally considered advantageous given the superior track position on offer in qualifying sessions, and the strategic benefits of being able to sight rivals’ stops further down the lane.

The 2022 Supercars Championship begins with the Beaurepaires Sydney SuperNight on March 4-6.