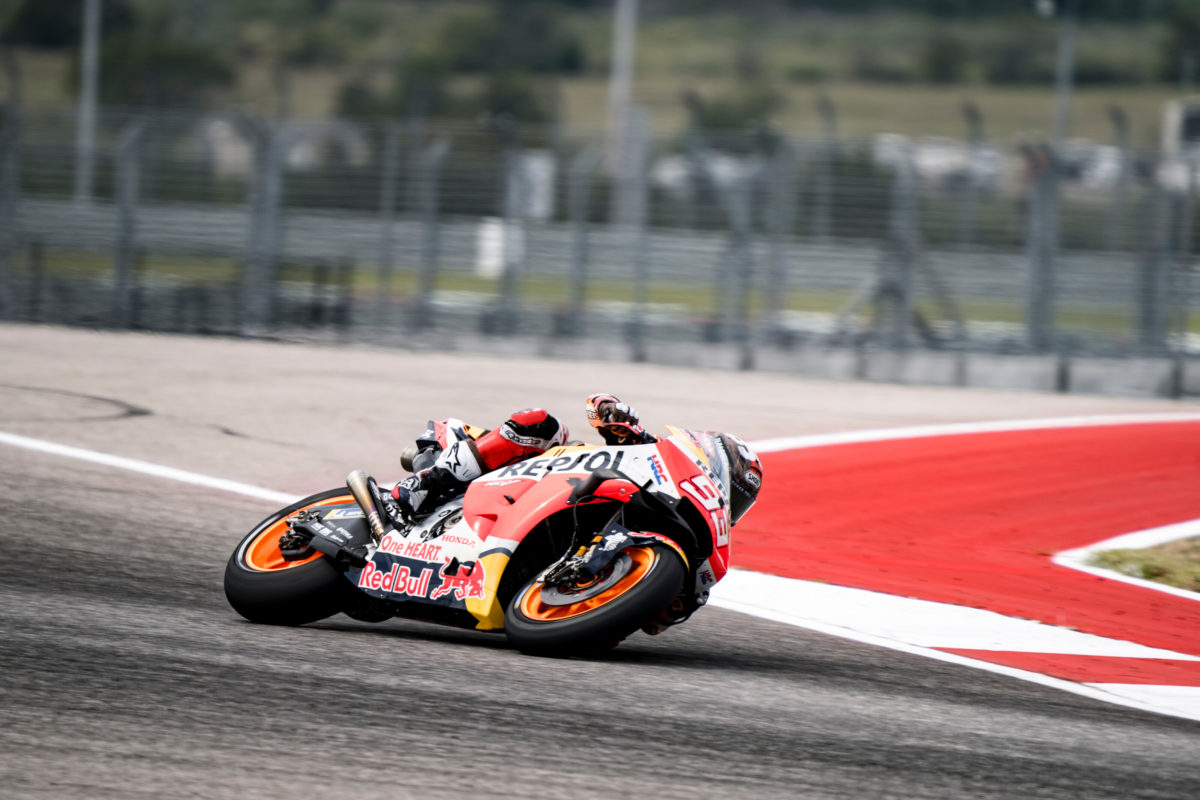 Marc Marquez has been cleared to make his MotoGP return in next month’s Official Test at Sepang, the Repsol Honda Team has announced.

The six-time premier class champion has been out of action since the end of October after a training crash left him with double vision.

He was finally given permission to ride a motorcycle again just over a fortnight ago after his ophthalmologist found a “clear improvement” in his eyesight.

Marquez initially got back onto a motocross bike, then an RC213V-S at Portimao, and, last Thursday, a CBR600RR at Aragon.

Further examination this week has seen him cleared to ride his RC213V again, just in time for 2022 pre-season testing.

A statement from the Spaniard’s team advises, “Marc Marquez has been cleared to make his on-track return with the new Honda RC213V and the Repsol Honda Team at the Sepang Test on February 05, 2022.

“Throughout the winter Marquez has had continual medical checks and consultations to monitor his diplopia. In recent weeks the improvements in his condition saw his medical team deem his recovery sufficient to return to training on two wheels.

“The #93 first returned to the motocross track before trying the Honda RC213V-S in Portimao and a Honda CBR600RR in Aragon.

“Last Monday, January 24, Marquez underwent another medical check which reconfirmed that the treatment has been a complete success and the eight-time World Champion is in a suitable condition to ride a MotoGP bike.

“Therefore, it has been decided that Marquez will start his 2022 campaign at the first official MotoGP Test in Sepang before heading to Mandalika, Indonesia the following week. This will be Marquez’s first time back on a MotoGP machine since winning the 2021 Emilia Romagna GP ahead of Pol Espargaro.

“The Repsol Honda Team will head to the first test of the new season at full strength with Marquez alongside Pol Espargaro, who enters his second year with the team.”

The eye injury is just the latest in a string of fitness dramas for Marquez, who had surgery on alternate shoulders before the 2019 and 2020 seasons.

He ended up missing virtually the entirety of the 2020 campaign anyway after breaking his right arm in a sickening crash at Jerez, which ultimately also left him out of the first two rounds of 2021.

The motocross spill then cost him a start in the last two rounds of the year also, as well as the post-season test at Jerez.

Immediately prior to that mishap, he had racked up two consecutive victories out of a total of three in 2021.

Meanwhile, Remy Gardner remains a question mark after the new Tech3 KTM rider underwent recent surgery on a wrist which he fractured in a training accident.

Fitness pending, he is set to be in action at the Shakedown Test for rookies, test riders, and concession manufacturers, at Sepang on January 31-February 2.

The Official Tests take place at Sepang on February 5-6 and Indonesia’s new Mandalika circuit on February 11-13.