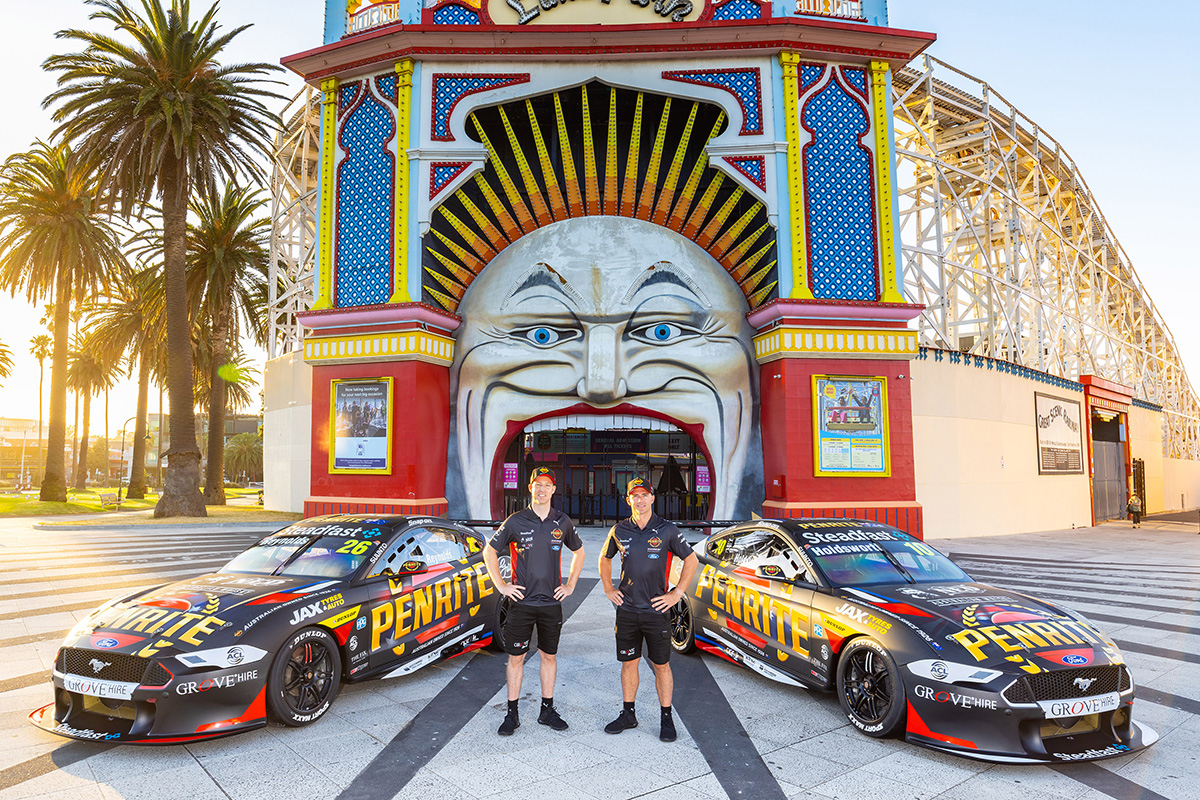 Penrite Racing’s Lee Holdsworth has set his sights high heading into his full-time return to the Repco Supercars Championship.

Having spent a year on the sidelines after his untimely exit from Tickford Racing, Holdsworth has found his way back into the main game courtesy of his 2021 Bathurst 1000 success with Walkinshaw Andretti United’s Chaz Mostert.

Off the back of their Great Race win, the Supercars veteran of 15 seasons was soon signed to Grove Racing.

There, he’ll race the #10 Ford Mustang with backing from Australian oil company Penrite alongside team-mate David Reynolds who will continue to carry #26 on his car.

For the pair, the upcoming test at Winton Motor Raceway on February 22 will be an important outing to gauge their competitiveness.

“Expectations for the year; I really just want to drive the car first,” said Holdsworth.

“I want to see what it’s got to offer. We’ve got some great things coming online with development parts.

“But I think first and foremost, we want to step into this year well inside the top 10 and then fight for better positions each round.

“We just want to improve every round and hopefully end up right at the pointy end by the end of the season.”

Kelly Grove Racing, as it was formerly known, struggled throughout 2021.

Reynolds and ex-team-mate Andre Heimgartner were ultra-competitive in the wet, but lacked speed in the dry.

Next month’s test will give Grove Racing a chance to try new parts, Reynolds explained.

“We’ve got a test day coming up on the 22nd of Feb[ruary] and that’s going to be probably the most important day to start the year,” he explained.

“We’ve got heaps of new parts to try, heaps of new ideas, we’ve got some new people we’ve got to upskill and train for the day. It’s going to be a huge day for us.

“It’s just unfortunate we only get three days a year. Every test day you do is very, very important.”

Holdsworth’s car has white accents on the front splitter and nose while Reynolds’ has red accents.

“It looks great. It looks really professional to have two cars that are exactly the same.

“A couple of little changes between the two of them just so you can notice the difference between Dave and I – a little bit more white on mine than Dave’s.

“We’re looking forward to having them on track soon. The season really can’t come quick enough for me, I’m really excited about it.”

The opening round of the 2022 Repco Supercars Championship, the Sydney SuperNight, is set to take place at Sydney Motorsport Park on March 4-6.