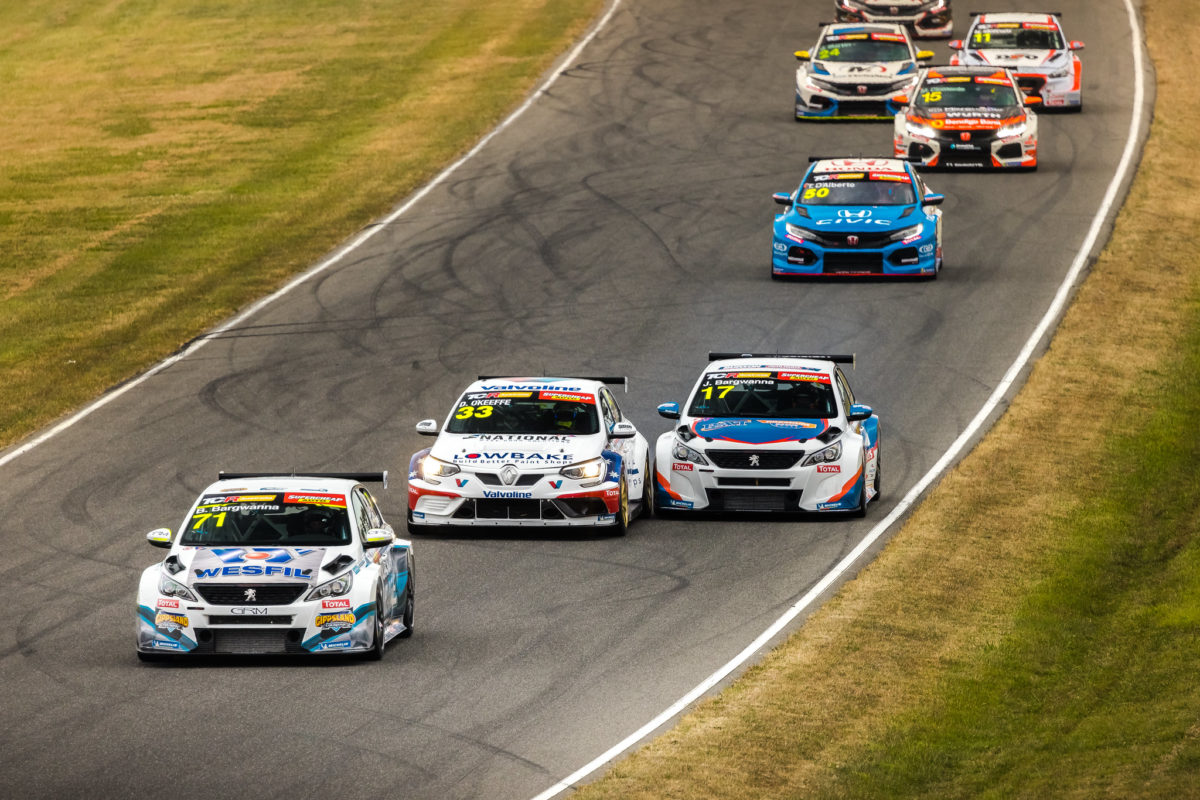 Two Garry Rogers Motorsport Renaults and one of its Peugeots in a battle at Symmons Plains. Picture: Supercheap Auto TCR Australia Series

GRM has an especially broad operation, not just because it competes in Supercheap Auto TCR Australia, the Turtle Wax National Trans Am Series, and the S5000 Australian Drivers’ Championship.

For 2022, however, it is set to streamline its programme, probably to the two French marques.

“We’ll potentially run two more 5000s in the [Australian] Grand Prix and Darwin race and the Tasman Cup at the end of the year, but for the championship, we’ll run two.

“The final driver line-up, we haven’t finalised yet. We’ve got a test hopefully this Friday at Winton – the weather’s looking a bit average down here at the end of the week so we’ll see what happens there – but hopefully by early next week, we’ll be able to finalise our driver line-up.

“Car-wise, the intention this year is to go to two brands, so we’re thinking most likely four Peugeots and two Renaults.

“As much as the Alfas, from a performance point, are a really, really solid car, and have had some great results, just with our involvement with Vukovic Motorsport in Switzerland and our input with the Renault, we’re pretty keen with pressing on with that project.

“So, we think it’s most likely four Peugeots and two Renaults.”

Ashley Seward Motorsport was originally the other Alfa Romeo team before Jay Hanson moved across to Melbourne Performance Centre, where he will drive a new-generation Audi RS 3 LMS.

While Cox and then-ASM steerer Lee Holdsworth both won races in the Giulietta in 2021, GRM has worked with homologation team Vukovic Motorsport on development of the Renault, as Rogers noted.

It had already moved to sell one of its Alfa Romeos last year, although it did still have an unraced example in its fleet at the time.

As yet, GRM has not confirmed any of the drivers for its six TCR entries, although Peugeot driver Aaron Cameron has indicated that he is in the frame to stay on.

Round 1 of the Supercheap Auto TCR Australia Series takes place on February 11-13 at Symmons Plains, as part of AWC Race Tasmania.