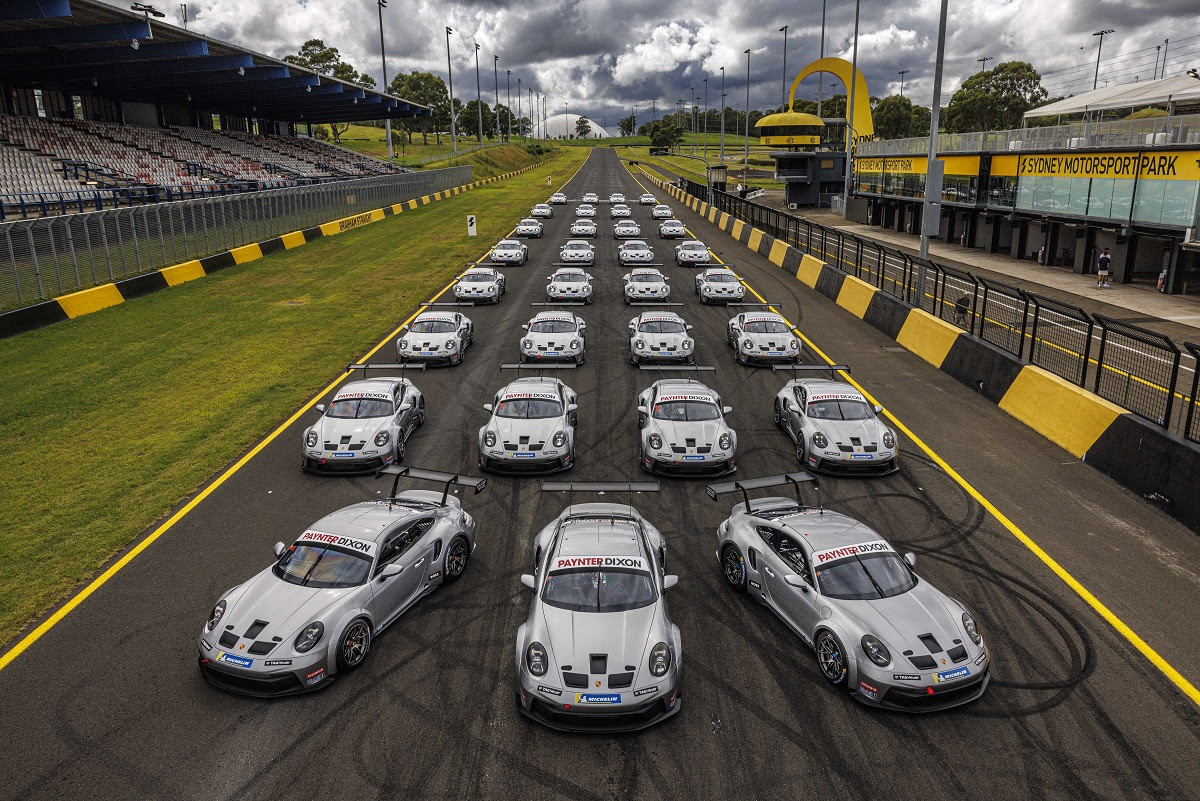 Porsche has completed the handover of the new-generation, Type 992 Porsche 911 GT3 Cup cars ahead of the model’s introduction in Porsche Paynter Dixon Carrera Cup Australia this year.

Teams and drivers are now undertaking a two-day test at Sydney Motorsport Park after a technical handover day at the circuit, where 32 of the new cars were delivered.

Along with a technical briefing from Porsche Motorsport AG technicians, Michelin Australia presented information on the new, wider front tyre, while two-time Carrera Cup title winner (Australia in 2018, France in 2020) Jaxon Evans gave advice on the driving dynamics of the Type 992.

Evans has firsthand experience with the new breed as a driver in Porsche Mobil 1 Supercup, in which the 992 debuted last year.

That competition saw lap times slashed by up to three seconds at some circuits, thanks to a 25 horsepower increase relative to the 991 II, as well as improved traction and downforce.

Porsche Cars Australia’s sales and motorsport director, Toni Andreevski, commented, “It has been great to see the reactions of our drivers and teams to the new 992 generation at our technical handover and test sessions at Sydney Motorsport Park.

“We’ve been fortunate to have Jaxon Evans here to advise and assist the drivers and teams, imparting his knowledge of the driving characteristics of the Type 992 over the outgoing 991 Gen II campaigned in the last seasons.

“With a highly competitive field, top-level national calendar and ongoing support from our customer teams, drivers and corporate partners, 2022 will be one of the best seasons in Carrera Cup Australia’s history.

“I think we all can’t wait for the season start at the Australian Grand Prix in April.”

“It will excel at tracks like Bathurst where we’ll certainly see some lap records fall and I’ll be excited to witness that.”

Some drivers notched up more than 50 laps after the handover, and were enthusiastic about their new wheels.

Wall Racing’s Liam Talbot recounted, “It’s very consistent; I mean we are here at Eastern Creek and the tyre surface is very aggressive, so obviously you would expect the lap times to drop off.

“But for me, it was very consistent for 40 laps over one big stint and the car felt mega, I can’t wait to do more laps.

“The 991 Gen II was a great car but this is even better, just having that little bit more aero gives you confidence, especially through Turn 1, it really is such a cool feeling.”

McElrea Racing’s Tim Miles said, “The car’s unbelievable, everything you expect and more, even the little one percenters, where normally manufacturers will find just one or two of those, Porsche has found 20, I reckon.

“Everything is just slightly better and it feels faster than the old car.”

“I’ve come from 991 Gen I and it’s just so much more power behind you when you are pulling gears, its pushing you like crazy, so for the moment that’s the biggest impression.

“Other than that, I’m just getting the ergonomics working and getting a feel for the car through the steering wheel and the padding, its going really well.”