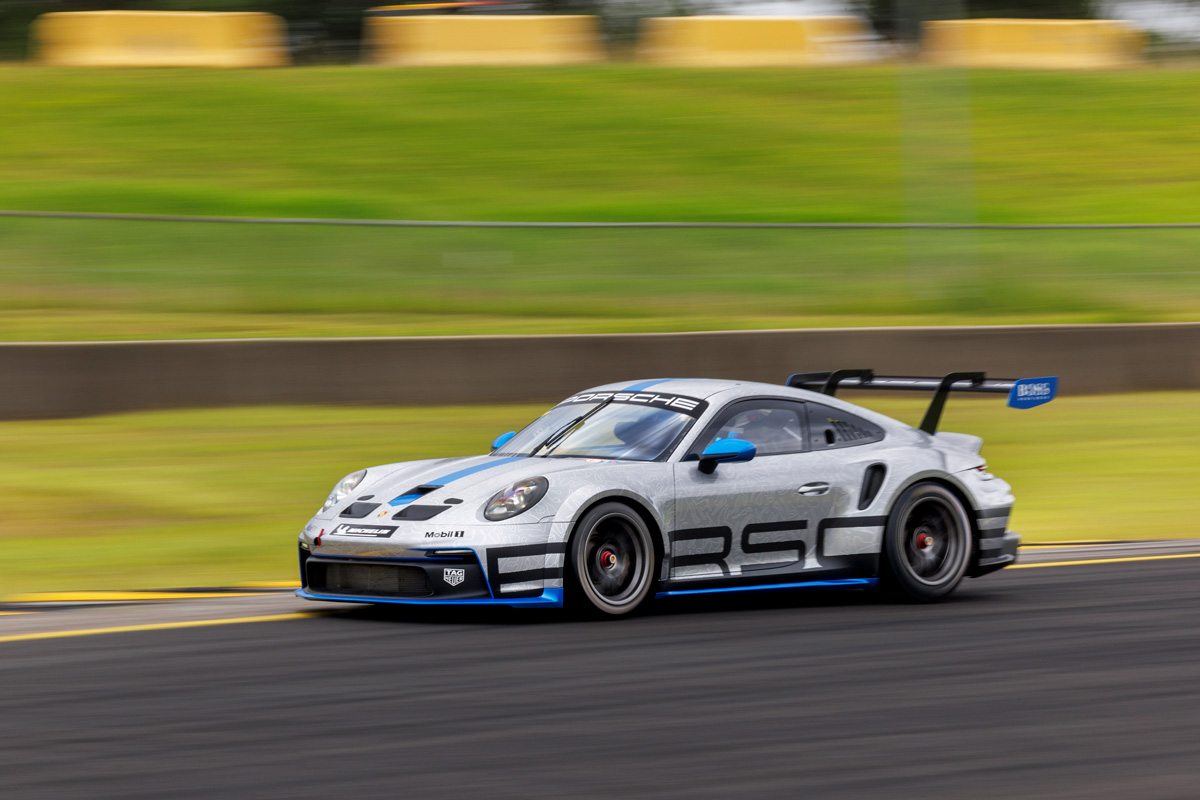 As the final step in a three-day handover process at Sydney Motorsport Park, following the arrival of a 32-strong fleet from Germany, more than 20 drivers took part in a full day of testing today (Tuesday).

By the lunch break, almost two seconds had been shaved off the Carrera Cup lap record at SMP; a 1:30.5619s set by Michael Almond in 2018.

Luke Youlden was not far behind on a 1:28.8491s. For comparison, the fastest time Youlden managed in six Supercars qualifying sessions at SMP last year was a 1:30.2791s.

Porsche Cars Australia motorsport manager Barry Hay said the early pace “shows how much potential there is” in the new package, which notably has more mechanical grip courtesy of wider Michelin front tyres, and more downforce from the rear wing.

With greater torque and increased stability under brakes, Hay is confident of quality wheel-to-wheel racing in addition to the faster lap times.

“I really think the step from Gen1 to Gen2 was [minimal] and you really had to look for it, but these things are a serious machine,” he told Speedcafe.com.

As for what might be possible at Mount Panorama, Hay said: “I don’t think you’ll bust two minutes, but I don’t think it will be far off that at all.

“With the extra steer that they’ve got and the downforce, they will be so much better across the top and I think they’ll pick up a lot.

“The way the car is, it puts more confidence into the driver too, so that’s a cheap way of getting speed as well.”

Jaxon Evans, runner-up in Porsche Supercup last year using the 992 model, was on-hand to assist drivers and teams in making the transition.

“I think the obvious changes you see on this new Cup car is the bodywork and the actual size of the car looks a lot bigger,” Evans said.

“You can see this added aero that they’ve got with the rear wing and wider body and slightly different front bumper, replicating the road car.

“So that’s visual changes that you notice, but there’s extra grip that you’re offered from a bigger Michelin front tyre.

“As an overall platform, the car is less forgiving over bumps and things like that.

“Slight increase in power too: you have got all this extra grip and you want to use it. They have added a little bit there, and as a package, it’s a great car to drive.

“It’s clearly a big step up from the 991 and to see everyone here enjoying it and improving lap times already is pretty exciting for what’s ahead this year.”

It wasn’t all smooth sailing, with Scott Taylor sustaining damage due to an excursion off at the high-speed Turn 1 left-hander.