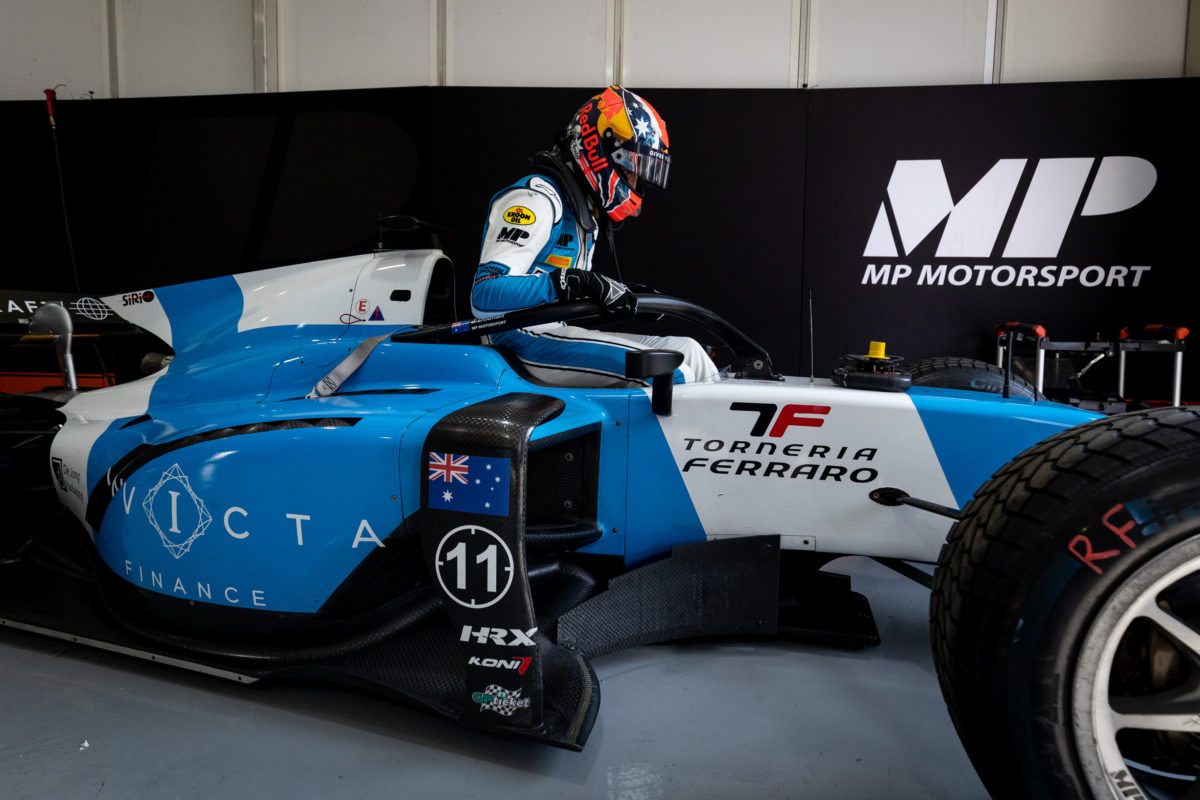 Jack Doohan has admitted that while his family name initially left him with a target on his back, it’s helped open doors as his career has progressed.

The 20-year-old is the son of five-time motorcycling world champion Mick Doohan, and will this year compete in the FIA Formula 2 Championship with UNI-Virtuosi.

It follows a two-year stint in the FIA Formula 3 Championship in which he was runner up to Denis Hauger last season.

“Not at this level,” he told Speedcafe.com when asked if having a famous last name led to different treatment.

“I think in the early years, in karting, I copped some flack for it, and jealousy, and a bit of bad vibes towards me.

“But at the moment, we’re in the last name of Schumachers, Fittipaldis, et cetera, et cetera, so we’re all in the same boat.

“And in the end, it’s your talent,” he reasoned.

“If you don’t perform, money can only get you so far.

“Especially when you’re in championships, all you can do is be the best you can be.”

Indeed, Doohan admitted that his name potentially helped open a few doors to him in the early stages, though any advantage his name offered has long since disappeared.

“It’s definitely a positive,” he said of his name.

“But obviously the last name, people aren’t just going to take to you for the sake of talking to you no matter who you are, especially at this level.

“But now this year, with what I’ve achieved, luckily I’d like to say regardless I could get those conversations.”

For the coming season, Doohan steps into the team which fielded Alfa Romeo Sauber-bound Guanyu Zhou.

It will be his maiden full-time F2 campaign and comes after two cameo appearances in the category at the end of 2021.

Driving for MP Motorsport he showed well in his first weekend in Saudi Arabia before qualifying second to Oscar Piastri in Abu Dhabi.