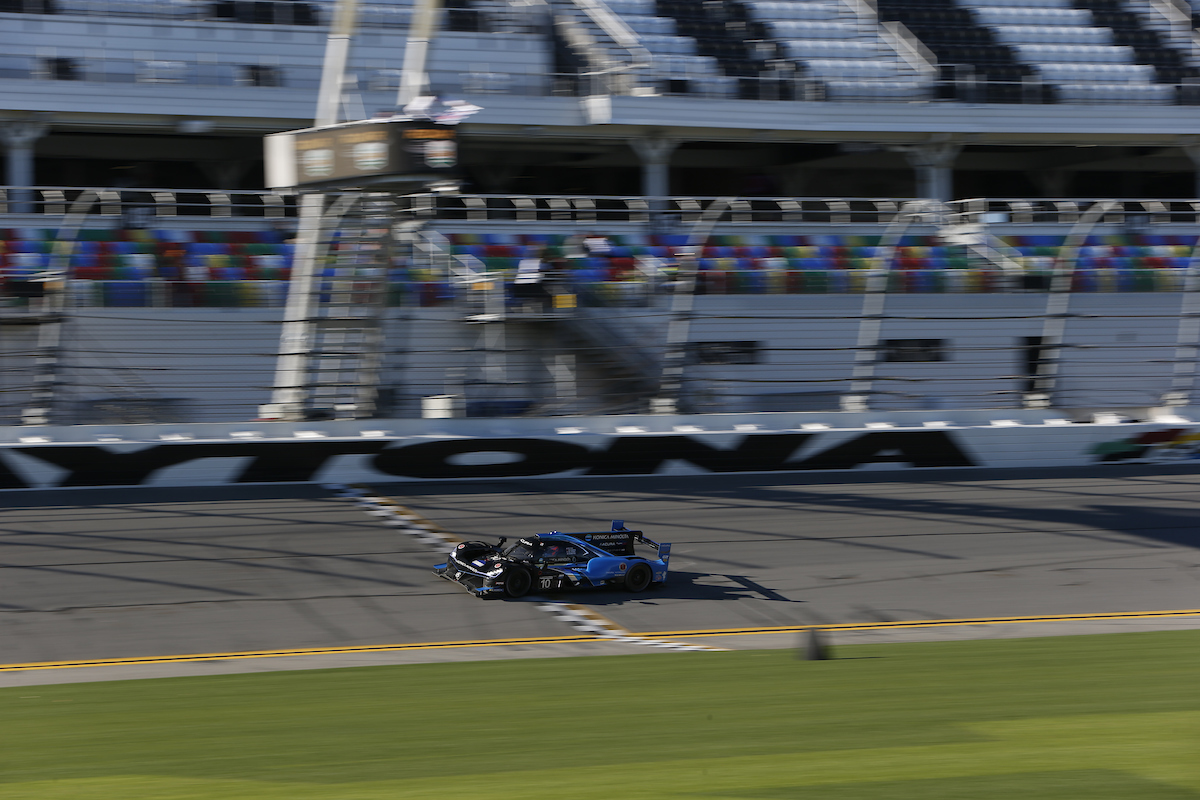 Wayne Taylor Racing has secured pole position for the 24 Hours of Daytona by winning the qualifying race at the Roar Before The 24.

Ricky Taylor saw off a dramatic, final-lap challenge from Richard Westbrook to drive the #10 Acura DPi to victory in the 100-minute contest at Daytona International Speedway.

Westbrook showed the nose at Turn 1 and made light contact with Car #10, but it was in fact his #5 Cadillac DPi which spun around.

Nevertheless, he managed to recover with enough time to salvage second place for the JDC-Miller MotorSports entry, ahead of the #48 Action Express Cadillac DPi.

Taylor had started last of the seven-strong DPi contingent after a rear wing infringement in qualifying and pitted early, before Filipe Albuquerque took the middle stint.

When Albuquerque handed over to Taylor, he emerged in front for the run home and withstood several attempted overtakes from Westbrook.

That earned WTR pole position for the flagship race of the IMSA SportsCar Championship, in the car which is also set to be driven by Alexander Rossi and Will Stevens.

And this was the 𝙇𝘼𝙎𝙏 𝙇𝘼𝙋 pass attempt that determined the qualifying race outcome 🤯💥#IMSA / #Roar24 / #Rolex24 pic.twitter.com/5irNSZ9JdU

In the LMP3 battle, Tasmanian Josh Burdon helped earn a class pole for Andretti Autosport, while Queenslander Cameron Shields was behind the wheel of the Muehlner Motorsports America entry which ended up sixth in class.

The #9 Pfaff Porsche which Queenslander Matt Campbell is set to drive was qualified third in GTD Pro, while compatriot James Allen was seventh in LMP2 for G-Drive Racing By APR.

In GTD, Kenny Habul put his SunEnergy1 Mercedes-AMG GT3 on pole for the qualifying race, in which he and Italian Raffaele Marciello would finish fifth.

One position back at the chequered flag was the Gilbert Korthoff Motorsports Mercedes-AMG which the other Australian in the field, Scott Andrews, will drive.

The Daytona 24 Hour race itself starts on January 29 (local time).