Supercars has begun testing its Gen3 prototypes in earnest, but there’s one big question still unanswered.

How well will the next-generation cars be able to follow one another?

Turbulent or ‘dirty’ air has been an issue that has plagued Supercars over the last decade, although that’s become more prominent during the ZB Commodore and Mustang GT era.

That’s been largely due to progressively increasing downforce levels.

With the advent of Gen3, the cars will become less downforce-dependent than their Gen2 predecessors.

The main culprits have been dealt with already, removing the front undertray and reducing the size of the rear wing.

It’s hoped that will create less of an aerodynamic wake and allow the trailing cars to follow easily through corners.

Broc Feeney, who has had the most laps of anyone in the Camaro prototype thus far, said getting on track and following the Mustang is an exciting key performance indicator.

“At the end of the day, that’s the big thing that we all want to know, is how good they are when they follow each other,” Feeney told Speedcafe.com.

“That’s the whole point of this new Gen3, is to try and make the racing a little bit better and make it a bit more challenging.

“I just want to get out and follow one and see what it does, because it’s a question we’re all wanting to know. We’ll wait and see.”

Will Davison and Zane Goddard, who shared driving duties in the Mustang during the first week of 2022 testing, both said the car “sat on top of the road” – a term associated with a lack of downforce.

“We haven’t done any following the other car stuff yet,” said Kapper.

“There’ll be some development from that point of view to confirm that it’s going in the direction that we want it to, but all the signs are looking good so far.

“As much as we can with the two cars that we’ve got, we’ll obviously do that.

“Supercars has got a plan to evaluate where we’re at from that point of view and correlate that to their CFD (Computational Fluid Dynamics). It’s definitely one of the priorities.” 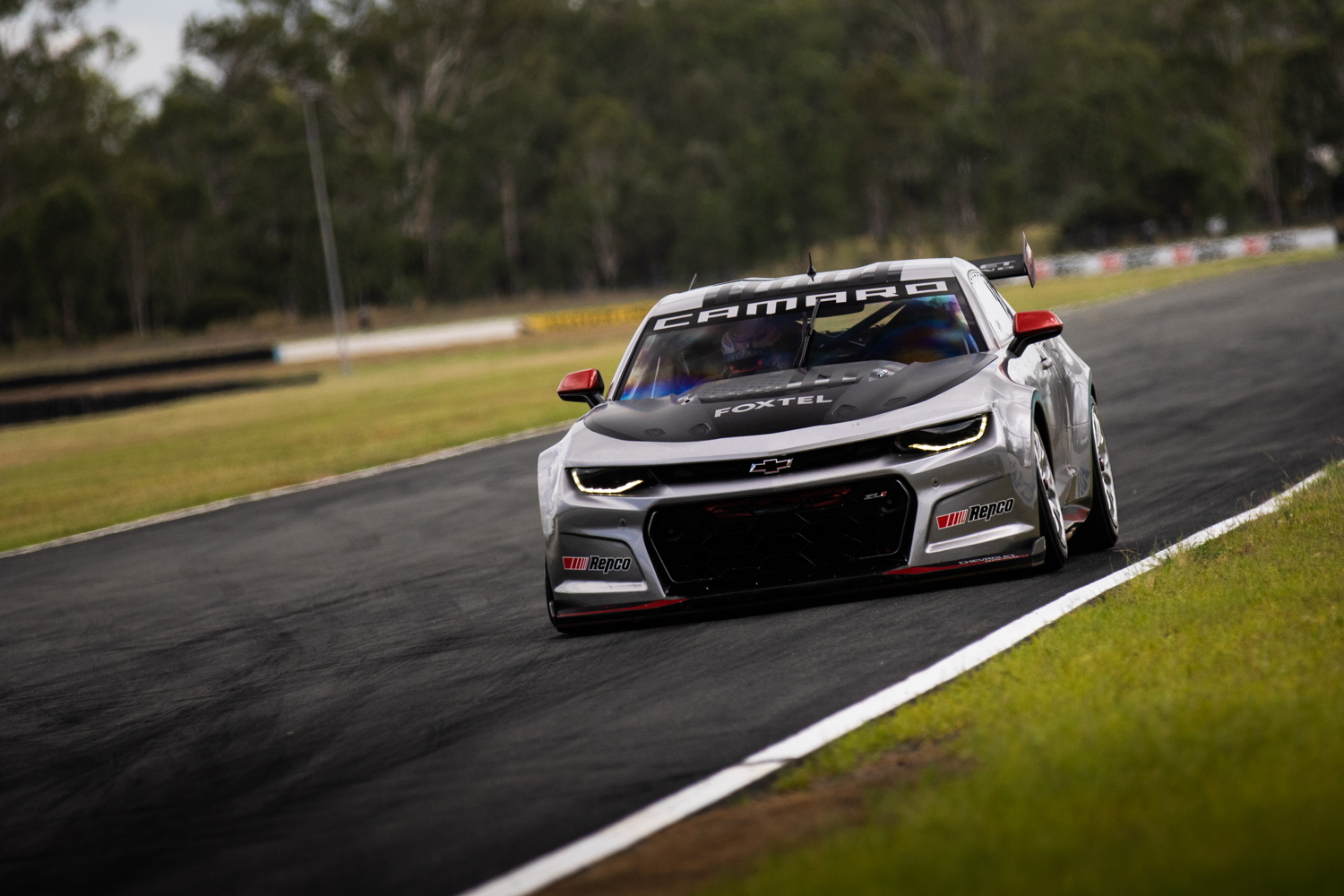 That will happen once Supercars and the homologation teams are happy with their set-up baselines.

“We’ve put the cars together, but we haven’t aero tested them yet to say ‘Yes, we are hitting the target we need to’,” Moore explained.

“We’ll do that very soon. Now it’s first just about getting the cars running.

“We’ve already done some measurements now on our car to quantify what the aero balance is, making sure that’s in the window it should be.

“Once we’re happy on both cars that it’s in its window in fresh air, then we’ll have a look at following and doing all that sort of stuff.

“Absolutely, that’s the whole intention of the category too; to race tightly. It’s one thing on paper, but it’s another thing in the flesh. That’s something we’ll definitely quantify.”

Early observations were that the Camaro suffered from understeer while the Mustang struggled with oversteer.

There’s also an element of uncertainty surrounding the Mustang, which is set to receive a facelift from the S550 specification to S560 at some point this year.

“First we’ve got to get the set-up window, both cars,” said Moore.

“They’re a little bit different so they’re complaining a bit of understeer, oversteer. Once that’s more refined and consistent, we can go ‘yeah, let’s go.’

“So I would say probably halfway through the testing year to do that. Because knowing that we’re not going to VCAT or have the Mustang in its final form until towards the end of the year, we won’t know for sure until we get that car on track.

“We’ll still have a first look at it and see what the effects are in following. Definitely, they [the drivers] noticed the reduction in downforce, absolutely.

“The speeds through Turn 1 are a lot slower. For sure, they’re not going to be affected so much if they don’t have anything to lose.”

Asked whether there were any concerns the new-look Mustang might change the aerodynamic balance of the car, Kapper said he had no reason to worry.

“We’re just developing the car to the package that Supercars is basically defining,” he said.

“There’s no real unknowns or concerns from our point of view, we’ll just develop it to their targets. At the moment, we’re happy with the targets.”

Testing will continue next week at Queensland Raceway.