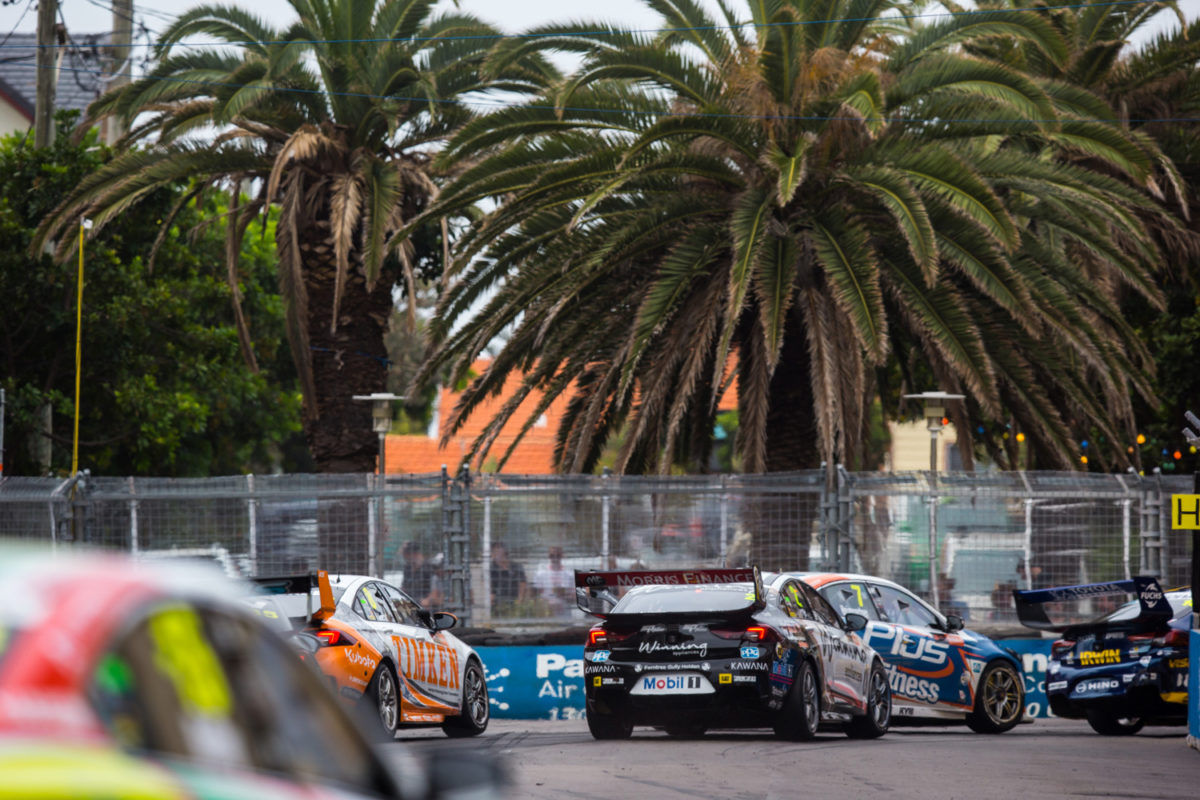 The postponement of the Repco Newcastle 500 has been confirmed by Supercars, with the Beaurepaires Sydney SuperNight replacing it as season-opener.

Newcastle was set to host Event 1 of the 2022 campaign on March 4-6 but has been pushed back to an as yet unannounced date, amid the outbreak of the Omicron variant of COVID-19 on Australia’s east coast.

Sydney Motorsport Park will fill the breach on that weekend, as foreshadowed this morning by Speedcafe.com, with running under lights at ‘Eastern Creek’.

The Hunter Valley has been a particular hotspot for COVID-19 since late last year, including the infamous Argyle House cluster at a nightspot which happens to be located around two kilometres from the Newcastle East Street Circuit.

The uncertainty caused by the coronavirus, including the concerns of local residents, was cited as a key reason for the change.

Supercars CEO Shane Howard explained, “Given the continuing evolving and unpredictable COVID situation, it has become too challenging to stage a complex multi-faceted event on the streets of Newcastle for tens of thousands of race fans in March.

“Putting on an event of the scale of Newcastle, in the middle of its CBD, requires an enormous amount of work to ensure it runs to a world-class standard.

“We have been in consultation with the City of Newcastle throughout January and understand that constructing and operating an event of this size during the current COVID period has caused concern in parts of the community.

“As a street circuit built in the heart of the CBD, the event provides enormous economic benefits to the region, and we want to ensure that happens again in 2022. We are working to confirm the rescheduled date as soon as practicable.

“We thank our fans, volunteers, local businesses, Destination NSW, the NSW Office of Sport and City of Newcastle for their ongoing support.

“We fully intend to stage this year’s Repco Newcastle 500 in Supercars’ trademark style, and we are confident that we will be able to successfully do this later in the year.” Sydney hosted Supercars on four straight weekends across October and November 2021 due to border closures and contractual obligations to stage at least 12 events in a season.

Being a permanent venue, it is a far less risky proposition than Newcastle.

“We are excited to be opening our season under lights in Sydney in just over a month’s time,” added Howard.

“In 2021 the venue provided fans with some of the most exhilarating racing we have ever seen in Supercars.

“Sydney Motorsport Park is a permanent circuit with infrastructure for competitors and fans already in place.

“We’re looking forward to our first race of 2022, to take place under the spectacular lights in Sydney in 40 days’ time.”

New South Wales’ Minister for Tourism and Sport, Stuart Ayres, remarked, “The NSW Government is committed to supporting these important events for our state.

“We commend the determination and resilience of Supercars and will continue to support their efforts to deliver safe, successful and spectacular motorsport events in NSW.

“These events deliver adrenaline-packed motor racing, economic and social benefits for the community and expose NSW to millions around the world.

“We look forward to the Sydney SuperNight race opening the Supercars 2022 season at Sydney Motorsport Park and announcing a new date for the Newcastle 500 as soon as possible.”

Supercars and the City of Newcastle council had initially hoped to press on with a March running of the Newcastle 500, notwithstanding the Omicron outbreak.

The city’s Lord Mayor, Cr Nuatali Nelmes, also pointed to community concern about the event as the reason for the change in stance.

“City of Newcastle staff have been in regular contact with Supercars regarding the local situation,” said Cr Nelmes.

“We all agreed that right now, and regardless of the additional precautions taken to run the Newcastle 500 safely, the community would feel more confident about the race proceeding later in the year.

“The Repco Newcastle 500 has attracted a growing number of visitors from all parts of NSW and throughout Australia and New Zealand.

“With people still hesitant to travel due to the high number of COVID cases across NSW and the NZ border remaining closed, the right decision was to postpone the race and wait for visitor confidence to rebound over the coming months.”

Newcastle debuted on the Supercars calendar in 2017, replacing Sydney Olympic Park as the season finale, and held that position again for the next two seasons.

It was dropped in 2020 due to the COVID-19 pandemic, and left off the 2021 calendar entirely, with the Mount Panorama 500 used as a placeholder in the season-opener slot that it was to have taken up this year.

There is no word yet on what the latest calendar change means for the Sydney event which is set to close out the 2022 campaign on November 18-20.

Tickets already bought for the Newcastle 500 will remain valid for the to-be-announced new date for that event.