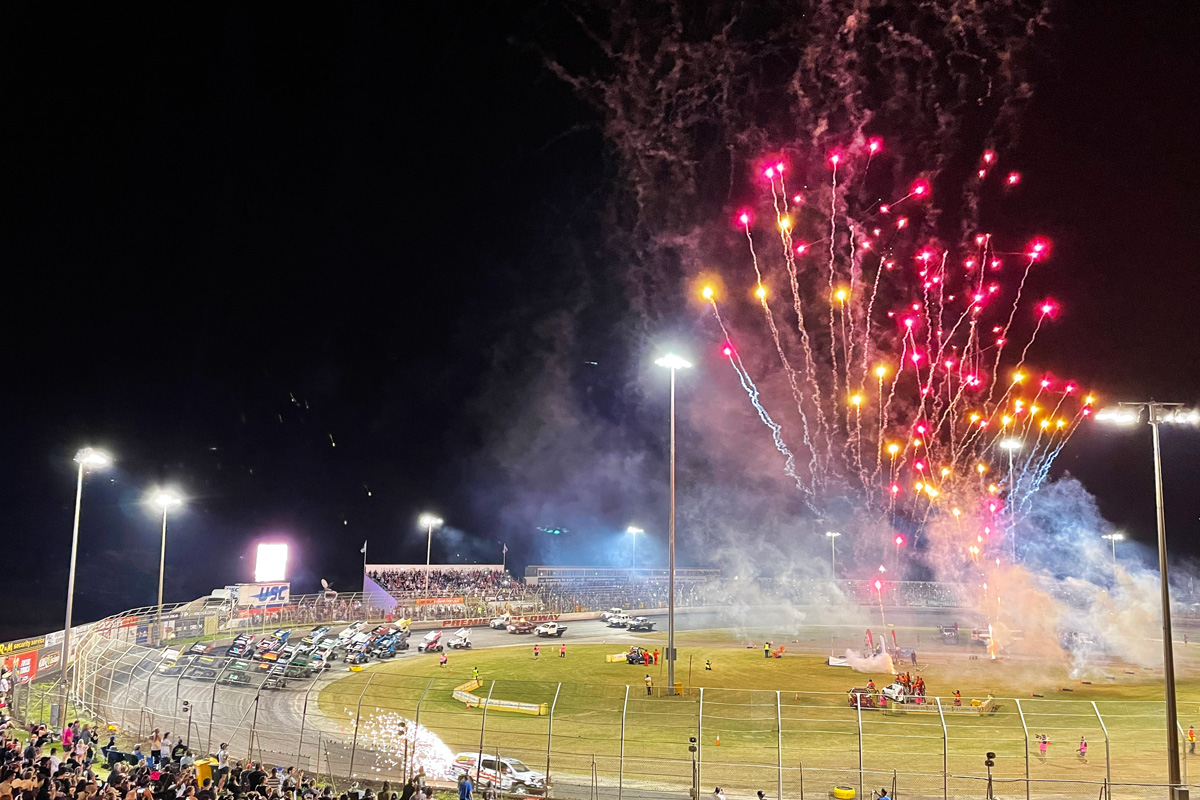 Starting from pole, the 23-year-old rising star went pound for pound with Australia’s number one driver, James McFadden, across 40 non-stop laps in an enthralling final.

The pair swapped the lead multiple times in the feature, before McHugh held his nerve on a tense final lap to take the victory by just three tenths of a second.

The Queenslander completed a now-traditional series of donuts before an emotion charged wing dance in front of the packed 10,000-strong crowd.

“Five years ago I was a teenager on the hill over there watching the Classic and loving every second of it, and now I’ve won it!” McHugh said after claiming the $30,000 winner’s cheque.

“That was such a fast paced race, I won’t lie I was completely cooked at the end and this is all still sinking in!”

The victory completes a weekend to savour for McHugh, who dominated Friday’s opening night of racing, sweeping time trials, two heat wins and the feature. 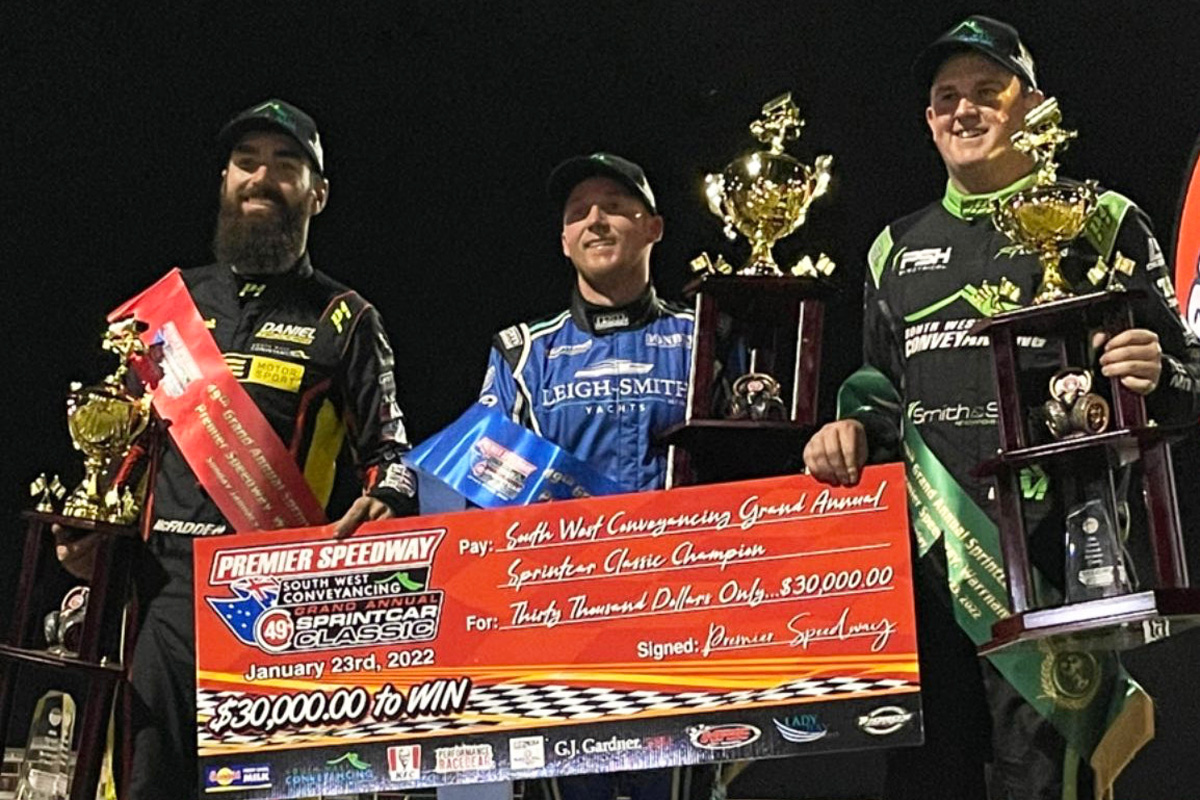 McFadden had to settle for second in his final race in Australia for the summer.

The 2021 World of Outlaws rookie of the year heads to Florida this week to begin his 2022 USA campaign.

“Full credit to Lachie and his team, they set the pace all weekend and deserve to be Classic winners,” McFadden, the defending champion, said.

McHugh and McFadden were joined on the podium by 2018 winner Corey McCullagh who finished third.

The sole American in the field, World of Outlaws star Carson Macedo, finished eighth – after being forced to race his way through the B-main.