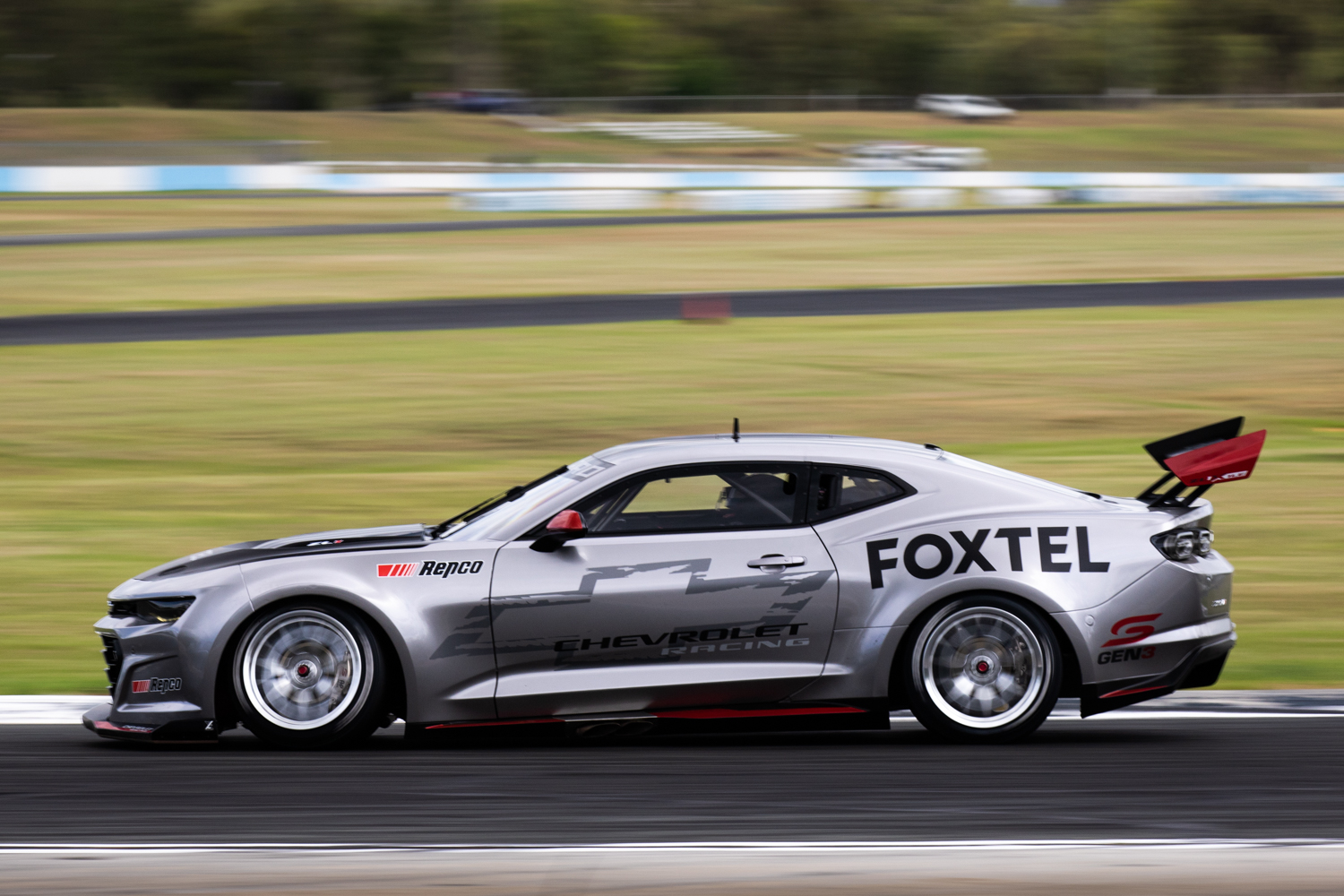 Broc Feeney is confident Gen3 lap times at Queensland Raceway won’t be far off those seen in the Gen2 era by the end of Supercars’ prototype testing.

The Triple Eight Race Engineering driver has the most experience of anyone in the Chevrolet Camaro prototype thus far having taken part in the pre-Bathurst 1000 shakedown and subsequent test earlier this week.

Little could be read into the lap times seen at the Ipswich circuit on Monday and Tuesday due to a variety of factors, such as the resurfacing of some sections.

Although it’s expected the Gen3 cars will be slightly slower than their Gen2 predecessors, the pace differential was largely indiscernible trackside.

The most noticeable difference was at the high speed first turn, given the Gen3 cars have been given a significant downforce reduction.

That’s all designed to help with overtaking and allow the cars to follow one another easily, something which has hindered the incumbent Gen2 machinery.

It’s anticipated the lap times difference could be closer to one second between the cars, although that number may change as testing and development continues.

“To be honest, I think after a year of testing around QR, I don’t think the times are going to be a world apart,” said Feeney.

“I didn’t know what times to expect, but we’ve got so long to go in developing this car.

“The way it’s going at the moment, you stand on the wall and it’s as quick as any other car.

“It definitely moves around a lot more, especially on the exits,” he added.

“From your braking zone to the turn-in of the corner, it’s reasonably similar, but it’s got a completely different feel.

“You don’t feel the movement of the car so much. In the current [Gen2] car when you get on the brake, you really feel the transition of the weight, whereas in this [Gen3] car, it’s obviously transferring the weight but you don’t get that big body roll, which is a different feeling.

“It’s interesting. It’s hard to put into words. It’s just a completely different car to drive. Loose on exit. At the end of the day, it still feels like a Supercar because it’s still so fast.

“I was sitting on the fence watching Will before and you watch it through [turn] one and you wouldn’t know the difference. It’s still going that fast through there.” 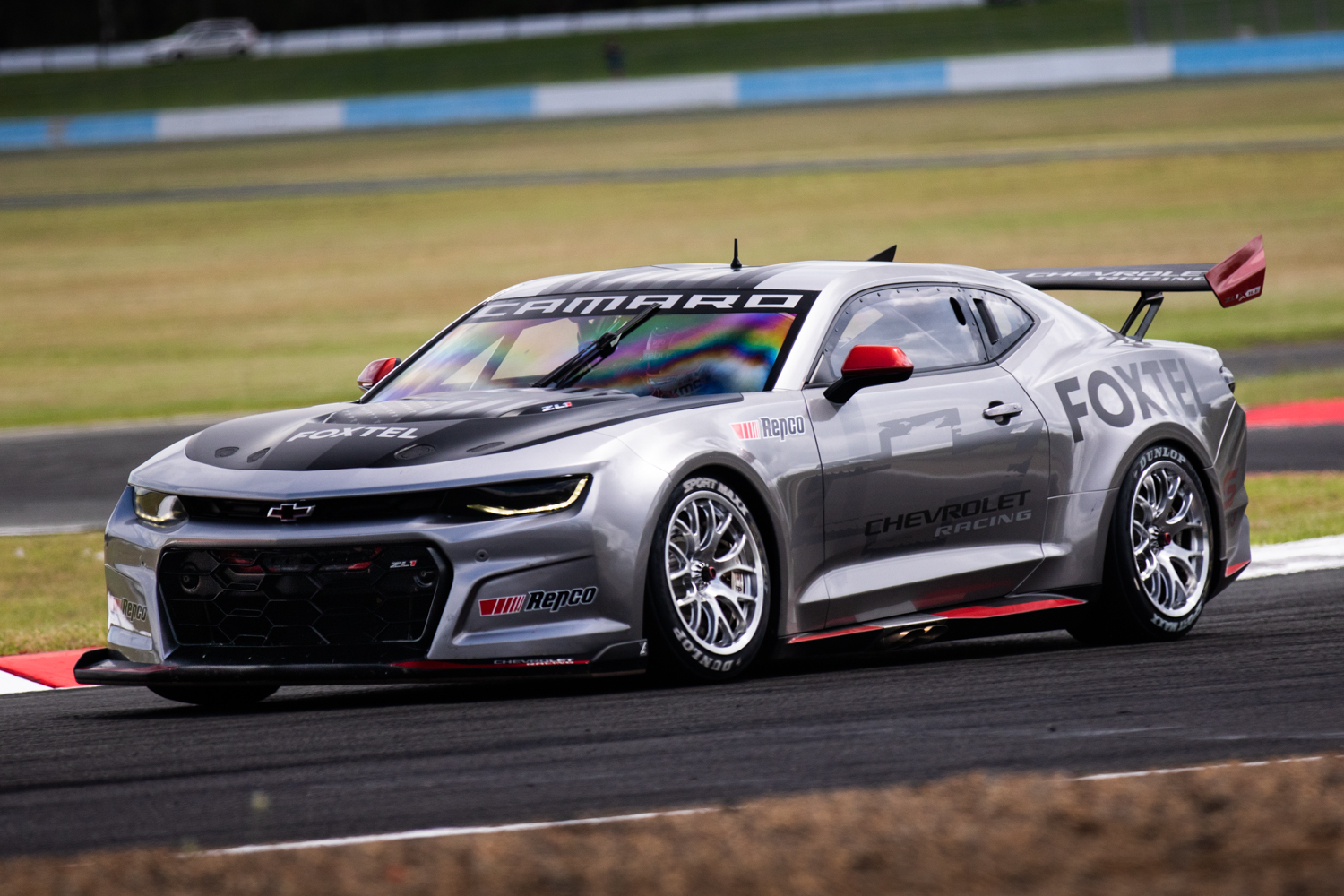 The Triple Eight Race Engineering driver’s meteoric rise to the pinnacle of touring car racing in Australia has seen him try all four generations of contemporary machinery; Project Blueprint, Car of the Future, Gen2, and Gen3.

The next generation of touring cars will see a technical departure since the 5.0-litre V8 era began in the late 1990s.

The Ford and Chevrolet products will have different engine displacements, 5.4- and 5.7-litres respectively.

However, the biggest direction shift will see downforce reduced drastically courtesy of a smaller and less efficient rear wing and the removal of the front undertray.

Feeney said it initially took some time to wrap his head around the Gen3 car.

“I’ve been pretty lucky in the past, in three or four years I’ve driven all the current Supercars that race at the moment,” he said.

“The category is taking a different turn at the moment going to a completely new car. I think for everyone it’s going to be really different and we’re definitely going to adapt to it.

“It’s probably not going to be the exact same driving style that you’ll do to achieve a lap time, but we’re all in the same cars.

“It’s weird because you progressively get more grip the higher up the categories you go in Supercars and now it’s just a completely different feeling.

“I didn’t know what it’d be like. You pull the massive wing off and get rid of a massive splitter on the front, but the car has still got a fair bit of grip.

“It’s loose on exits, you slide out of the corners, but it’s a different feeling. I didn’t know what to expect when I first drove the car.

“Around QR, it’s a big difference, but maybe not as big as I thought it would be.”

Testing was set to continue at Queensland Raceway next week with Brodie Kostecki due to have his first laps in the Camaro but that has now been postponed.