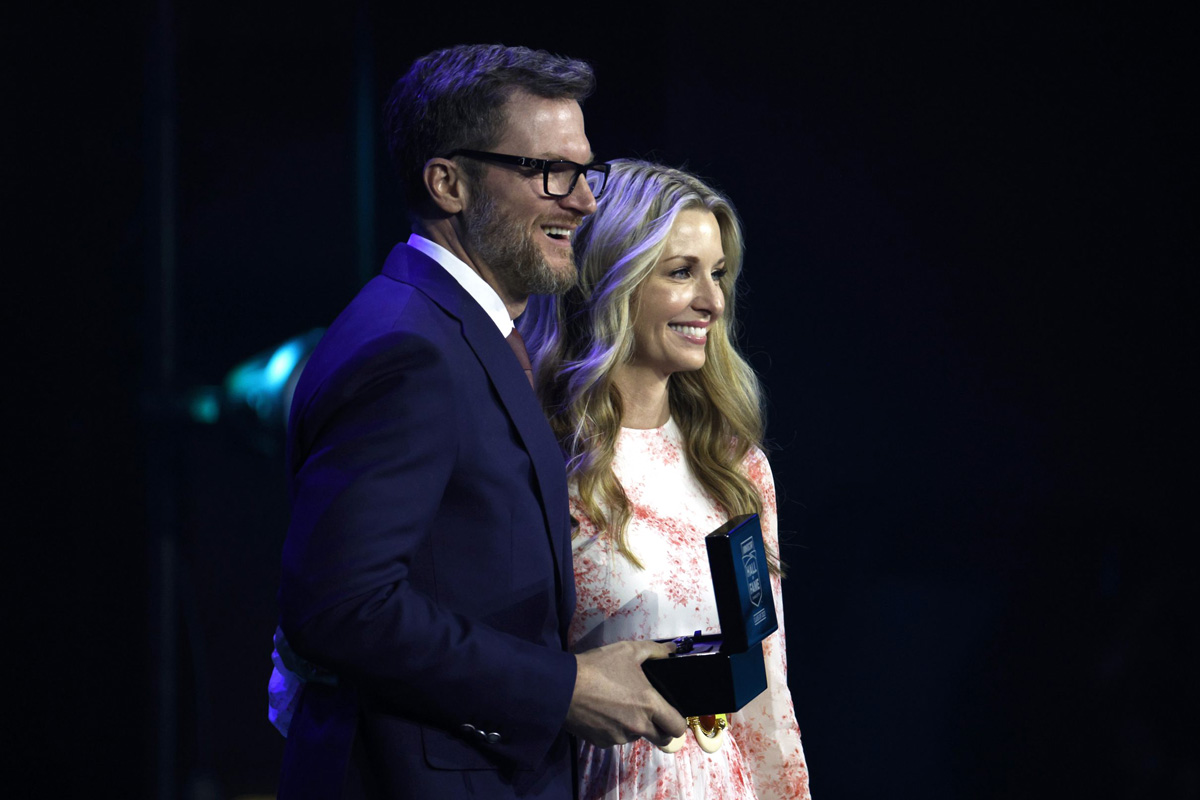 Dale Earnhardt Jnr has delivered an emotional speech upon being inducted into the NASCAR Hall of Fame.

The ever-popular 47-year-old was one of three members in the class of 2021, alongside Mike Stefanik and Red Farmer.

Among the illustrious company they join is Dale Earnhardt Snr, a seven-time NASCAR Cup Series champion who was an inaugural inductee into the NASCAR Hall of Fame in 2010. Earnhardt Snr died at the age of 49 in a last-lap crash at the 2001 Daytona 500.

“My eyes are already watering,” Earnhardt Jnr said during the ceremony in Charlotte.

“To join Dad in the Hall of Fame is probably as good as it’s going to get.

“I was a mechanic at a dealership. That was my destiny, or so I thought. I changed the oil in thousands of cars.”

Among his key achievements on-track are two triumphs in the Daytona 500, as well as twice winning what is now known as the NASCAR Xfinity Series.

Farmer, 89, has countless short-track victories to his name and still races on the one-third-mile Talladega Short Track oval.

The 2022 NASCAR season gets underway with the non-points Busch Light Clash at The Coliseum on February 6.