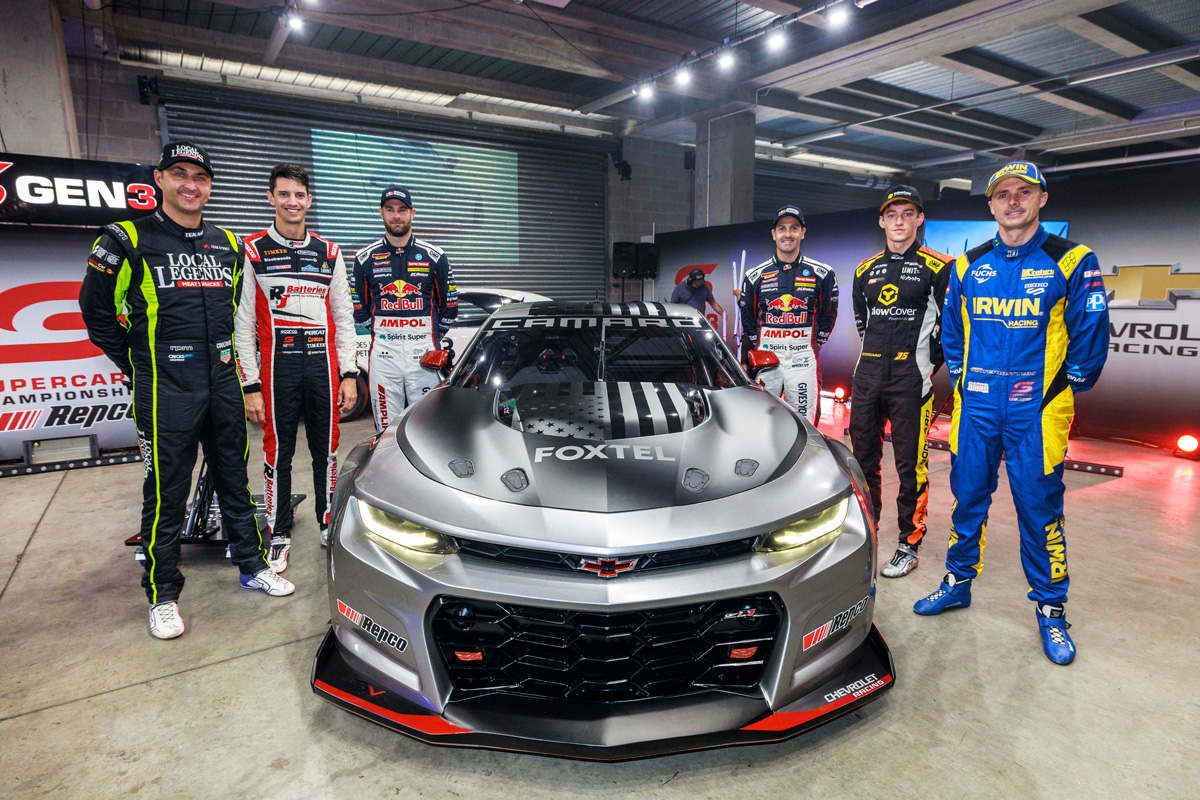 Supercars chairman Barclay Nettlefold has seemingly opened the door to the possibility of Gen3 cars being made available for overseas competitions to purchase and run.

Testing has recommenced on the Chevrolet Camaro and new-spec Ford Mustang, which will debut next year.

Supercars hasn’t had a presence outside Australia and New Zealand since its 2015 exhibition visit to Kuala Lumpur.

Under the new ownership of RACE, led by Nettlefold, it appears possible that Supercars could again race abroad in the not-too-distant future – either with its own championship or another.

“There’s been a strong enquiry with regards to what we’re doing with the Gen3 car and certainly one of the key areas that Shane [Howard, incoming CEO] is focusing on and sees, is the ability under the new structure to really explore the international marketplace again,” Nettlefold said last week.

“And we see owning the IP of Supercars, that is integral.

“We know we are the best international touring car competition and we want it to be proven even more.”

Pressed on whether his IP reference indicated that cars could be sold, Nettlefold responded: “The actual Gen3 IP is what we own, as in the chassis itself and the structure of it.

“Everything is open and we will certainly explore all options,” he added.

Howard brings vast experience to the table on the international front, having overseen “extremely exciting” events held in China, Bahrain, Abu Dhabi and the United States.

“You saw the release of Gen3 at Bathurst; seriously, I get the hairs on my arms poke up once I start talking about this,” said Howard, whose tenure as CEO begins on Tuesday week (February 1).

“I am so excited about the Gen3 car, it’s a beautifully engineered race car, it reflects the showroom on-road look, it allows us to open up to more manufacturers, and an international strategy supports all of that.

“So I think it’s very important for our growth and our expansion, so I embrace RACE supporting those options to be available, and Barclay and Mark [Skaife]’s support to really now be able to go after those opportunities. Really they have been on hold for quite a period.

“We’ve had various consultants approach us. It’s not the way that we did business in the past when we were very successful in securing international events; we did it ourselves.

“We’re the best people to promote our category internationally and take up those opportunities and I’m really looking forward to that.”