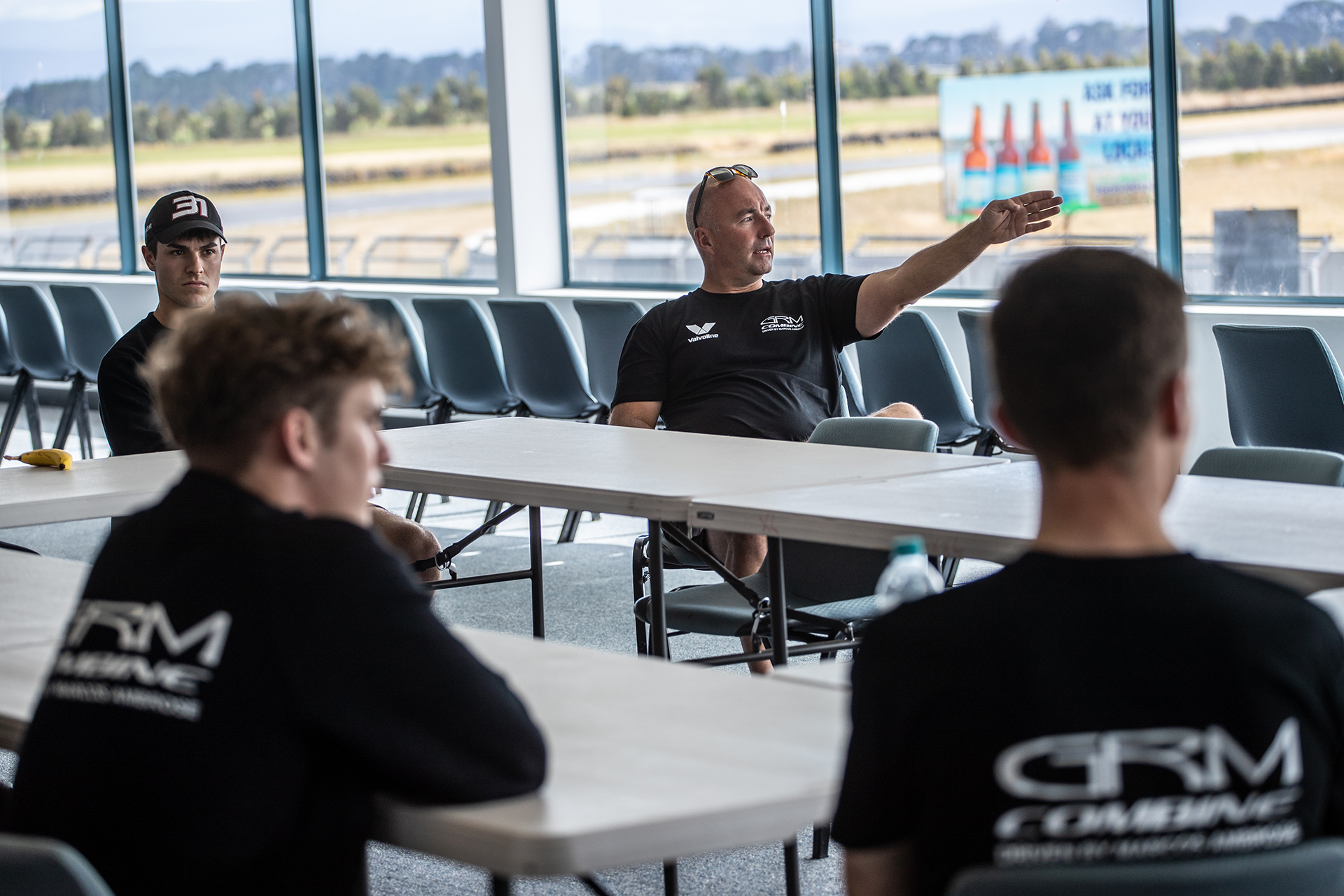 This Repco Supercars Championship season will be the first in almost a quarter of a century without any presence from the Kelly family – but there is plenty more talent in the bloodlines coming through.

Todd Kelly debuted in Supercars at Mount Panorama in 1998, beginning a journey with the championship that would only end with the sale of his team last month. Younger brother Rick similarly was a co-owner who had conquered the Bathurst 1000 in his earlier days.

Now, Todd’s son Mason is rising through the ranks.

Still in his teens, the spotlight of top-level motorsport is not upon him yet, but he did make an impression on two-time Supercars champion Marcos Ambrose at the recent inaugural GRM Combine.

“He did a great job for us and I was very surprised with his speed and I think they were too, to be honest,” Ambrose, who led the combine, told Speedcafe.com.

“They came in with expectations of not quite knowing where he was at, and I think they’ve hopefully got a clearer picture of the calendar that he has and where he should go.

“It was really great to get to know Mason.”

Kelly Jnr drove a TCR and Trans Am car before having to withdraw early from the programme, meaning he missed out on a taste of S5000 machinery.

“Mason didn’t complete part of the combine, he actually wasn’t feeling that well partway through and he took a really courageous decision,” Ambrose said.

“Not that he had COVID, he actually had negative tests, but he decided to step back because he didn’t want to ruin anyone else’s effort – and I thought that was an amazing thing that he did as a 16-year-old.

“He ran really, really well in the first part of the combine, so we’re looking forward to having him back and finishing off the elements that he didn’t get to.”

Ironically, Kelly’s father was a chief rival of Ambrose back in the 2000s. During Ambrose’s peak at Ford squad Stone Brothers Racing, Kelly was on the opposite side of the fence, driving for the factory Holden Racing Team.

“It was a lot of fun to be honest, there’s Todd Kelly and myself having a chat, and his boy Mason coming through the combine,” added Ambrose.

“It was actually really cool to do that and I think that’s what full circle is all about, isn’t it?

“Todd and I once were bitter competitors and now we’re helping each other’s kids come through, so it’s a pretty cool story.”

Ambrose and GRM have already signalled intentions to run more combines in the future.