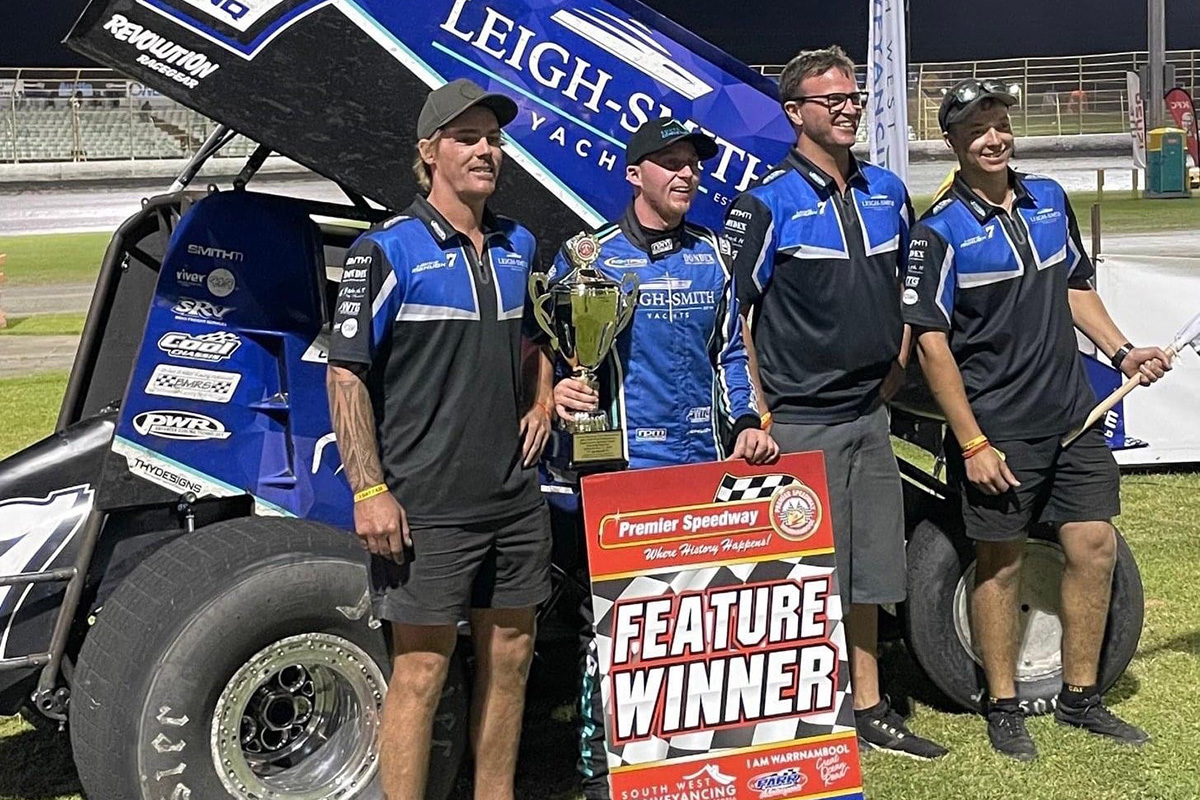 Lachie McHugh and his team after victory in Warrnambool

McHugh began the 30-lap final from the outside of the front row in front of a typically monster Premier Speedway crowd, and proved a class above in an incident marred Friday feature.

American World of Outlaws star Carson Macedo was fourth ahead of Australian champion Jamie Veal who rounded out the top five.

For McHugh it was one of his finest nights on one of Sprintcar’s biggest stages, posting the fastest time trial for the second flight, before winning both of his heats and then sweeping the feature.

“To be a winner here at such a prestigious weekend, and to be in such a great position points wise, is awesome for what’s to come on Sunday,” McHugh said following the $10,000 to win feature.

“It was a stop-start final but we were lightning fast at the restarts which always gave me great confidence… I’ve never had a night quite like this one!”

The final proved a bruising affair with two-time Classic winner Steven Lines suffering the worst, riding out a wicked rollover to end his campaign.

Outlaws Rookie of the year, James McFadden will headline the second half of the bumper field in Saturday’s night two.

The Classic champion from 2020 (the race wasn’t held last year due to COVID) has been in red hot form this week, winning both lead up events – Wednesday night’s President’s Cup at Avalon and the King’s Challenge on Thursday at Mount Gambier.

The field is then combined on Sunday night for a final round of heats before the D, C, B-mains ahead of the 40-lap, $30,000 to win Classic final.