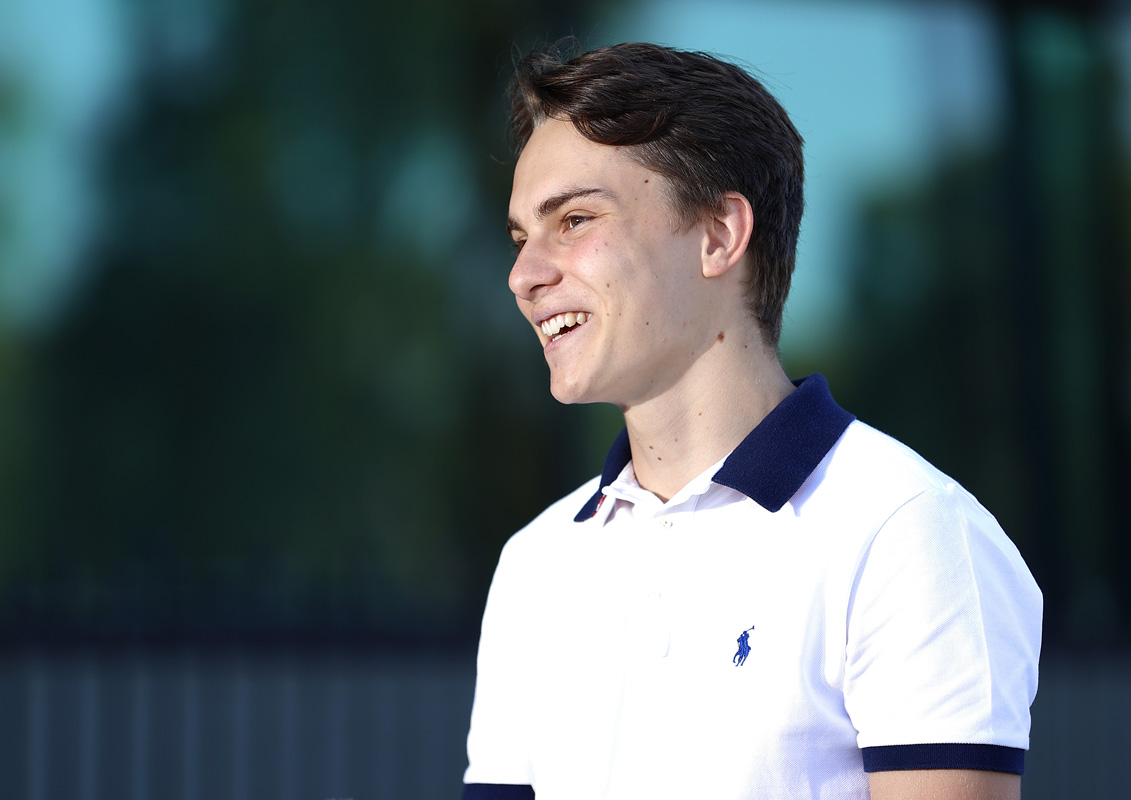 Alpine reserve driver Oscar Piastri is looking forward to attending the Australian Grand Prix as a member of a Formula 1 team for the first time, and dreams of racing in the event.

The Australian’s family home is little more than a stone’s throw from the Albert Park circuit, which will host the third round of the F1 season in early April.

However, it’s unlikely Piastri will take to the circuit himself and will instead work behind the scenes in support of Fernando Alonso and Esteban Ocon.

“It’ll be amazing,” the 20-year-old said of the prospect of being part of his home race.

“I think it’s every drivers dream to have their home race, but for me to only live like 15 minutes down the road it’s quite literally a home race.

“Firstly let’s see if that happens. I’m hoping it will for next year but it’s going to be an amazing feeling and hopefully looking forward to when that day comes.

“I’m going to be wishing I was out there driving but that’s just the way this is going to play out for me,” he added of his current role.

“Obviously, I’m there as reserve driver in case I get the call up, so we’ll see. Maybe I will be driving.

“I think being involved in the F1 team, [I’ll] be doing a lot more than just watching.

“We’ll be taking part in in all the weekend activities with the team just not the driving, unfortunately.”

Piastri faces a busy simulator programme throughout the year and will travel to all events with the team as its nominated reserve driver.

On top of that, there are plans to gain seat time in last year’s Alpine A521.

For the most part, however, Piastri will spend the year on the sidelines in a supporting role, though is expected to make an on-track appearance under new Friday practice rules.

Introduced this season, it is mandatory for teams to field a ‘young’ driver on at least two occasions.

“A lot of my year will be on the simulator,” he explained.

“Obviously I’ll be travelling to, at this stage, all of the races as a reserve driver, and we’ve got quite a bit of testing lined up in last year’s car as well.

“So whilst I won’t be racing, it’ll be a very busy year.”

Piastri spent the Christmas and New Year period at home in Melbourne, but has since returned to Europe where he’ll begin preparations for 2022.

Yesterday, he took part in an event at Albert Park where he was presented with the Sir Jack Brabham Award, the second time he’s won the accolade.

The Australian Grand Prix runs from April 7-10, though pre-season testing begins in Barcelona on February 23.