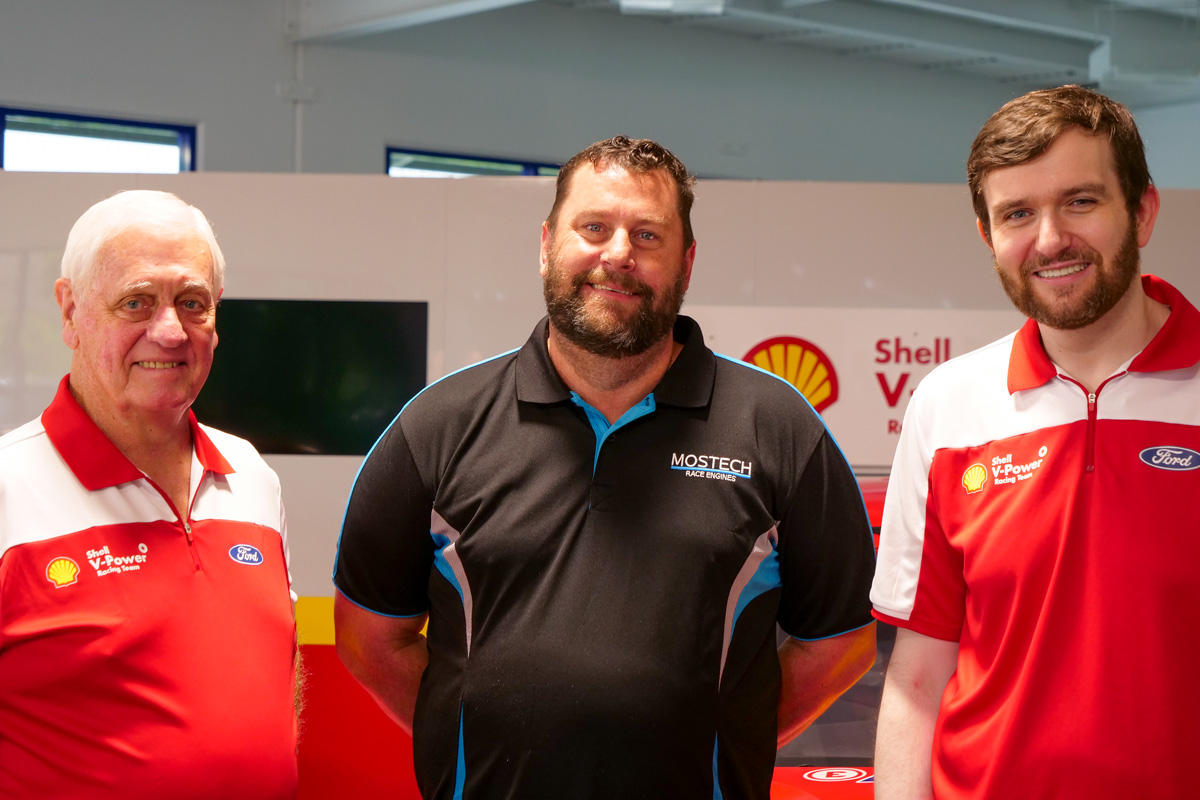 Mostech Race Engines guru Steve Amos will officially retire from the Supercars scene at the end of the month to focus on his health.

Amos has a long history in Supercars, bursting onto the scene as the man who built the engine that powered Craig Lowndes to stardom at the 1994 Bathurst 1000.

After a stint out of the sport as his attention turned to fatherhood, the now 52-year-old eventually landed at Dick Johnson Racing in 2005. That association would never cease.

Amos has ridden the ups and downs that have come at DJR, from the joys of four drivers’ championships to uncertainty about the organisation’s future at times.

Mostech will leave a legacy into the Gen3 era, having developed the 5.4-litre Coyote engines that all Ford teams will run from next season.

“The days of working 20 hours, brushing your teeth, having a coffee and going back to work, they don’t work anymore. It’s been a hard slog in that respect but I think the time is right.

“Coincidentally, it’s my 17th year at DJ’s; that’s got to be there for a reason.”

Some might not know Amos’ health battles. He suffered a brain haemorrhage in 2014 that put him on a lengthy recovery trail. Then came a stroke in late 2019.

Both were attributed to stress, the first being in the wake of his business partnership with Roger Higgins splitting, and the second following the controversy around the engine which had Scott McLaughlin stripped of his Bathurst 1000 pole position.

Amos hasn’t worked full-time since the latter, but has nevertheless been the mastermind behind several crucial projects, along with his lead staffer Bobby Ervin.

Born in the Blue Mountains and raised in Albury, Amos has relished the support of his three sons.

Eldest child Jacob, 26, took on a general manager role at Mostech to deal with the increased workload brought by Gen3. Issac, 22, also works for the business, while 17-year-old Eliah is still at school.

“He has been an outstanding and loyal part of the family here at DJR for 17 years, so it has been very sad and hard for all of us to see him struggle with his health problems over the years and we have done everything we can to support him along the way.

“But the timing is right for him in particular, and it’s the right thing for him to be doing. We’re supporting him through that process and doing everything we can, no different to what we have since he first struck trouble in 2014.

“He’s a remarkable man, he’s got a great family, he’s someone who would do anything for you and we are really hopeful that this also allows him to continue his recovery and he’ll certainly remain a part of the team and family as we go forward.”

Amos, whose last official working day is January 31, made a point of recognising charities Beyond Blue and the Stroke Foundation, and has vowed to stay in tune with Supercars from a little further afar.

“I made a joke and said I was going to buy myself a fishing rod and see if I can kind of do that – but I’m pretty sure one weekend a month I will be glued to the television,” he chuckled.

“The passion is still there, the body is not. I’d keep going but I’m not up to it.”

“I’ve personally worked closely with Steve for several years, and he is ones of the most experienced, knowledgeable and passionate people we’ve had the pleasure to deal with.

“Steve’s work in the engine department has been an important part of our success, and we wish him all the best for the future as he focuses on his health.”

Added Birkic, president and CEO of Ford Australia and New Zealand: “Our relationship with DJR is something we’re very proud of, now over 40 years.

“Steve Amos has been there for a large part of that time, and his work has been pivotal in the team’s success.

“Everyone at Ford wishes Steve all the best as he heads into the next stage of his life. Thanks Steve for everything you’ve done for the Blue Oval over many years.”