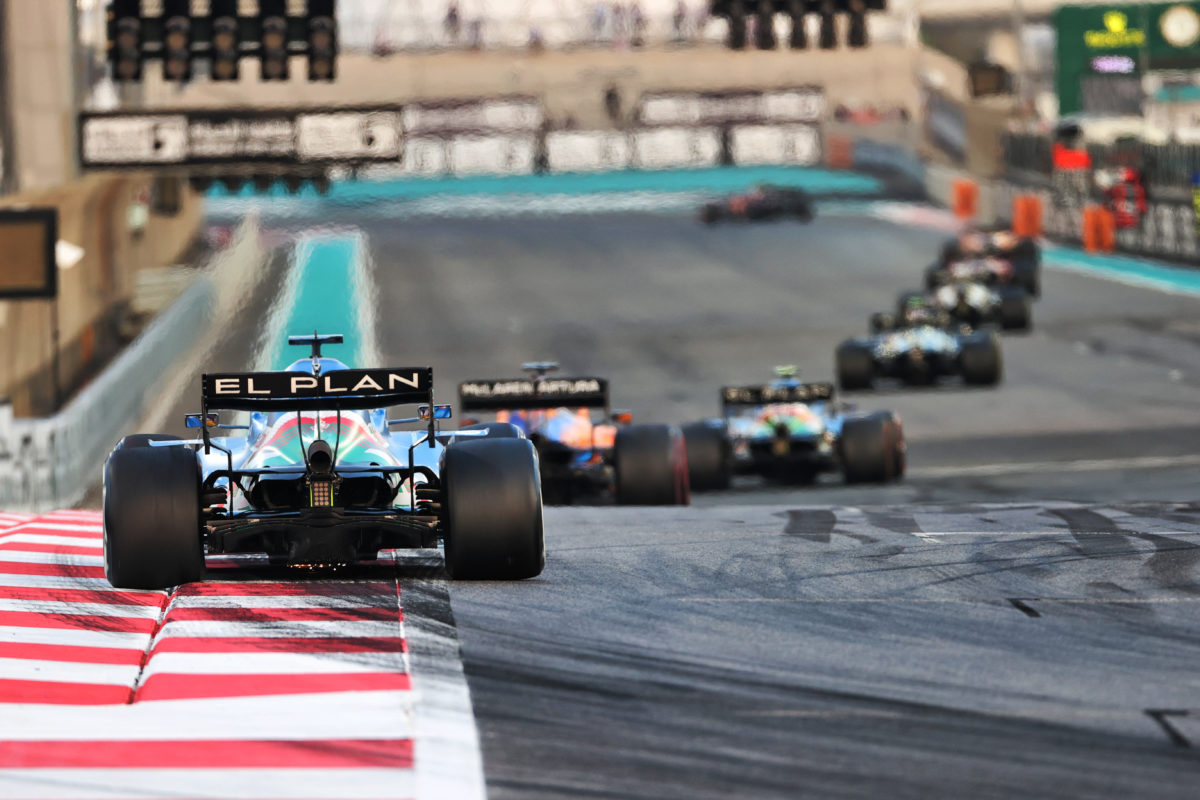 Fernando Alonso is seeking consistency from the stewards after what he views as a confusing list of penalties applied over the course of the 2021 Formula 1 season.

The FIA is currently investigating the way F1 is managed from a sporting regulatory perspective in the wake of the controversial climax to last year’s campaign in Abu Dhabi.

How the rules were applied, and the clarity with which they were done so, became a key talking point at the backend of the 2021 season.

Things came to a head following the Sao Paulo Grand Prix when Max Verstappen and Lewis Hamilton battled for the race lead.

While Hamilton ultimately won the race with one of the most impressive performances of his career, the Mercedes driver was forced to leave the race track to avoid contact with his title rival at Turn 4.

The moment, viewed by many as an overly aggressive means of defending against his Mercedes counterpart, went unpunished and sparked debate within the paddock.

A meeting between drivers and race officials was held soon after, with FIA race director Michael Masi affirming that the rules of engagement were now clear.

That was at odds with the opinion of others, including Hamilton, who claimed they no longer knew what was and wasn’t allowed.

Ironically, that arguably manifested itself in Abu Dhabi, when the Brit cut across a chicane on the opening lap while defending from Verstappen.

Since making his return to F1 last year, Alonso has been outspoken in his criticism of the way some rules have been applied.

In Russia he went so far as to deliberately run off the track on the opening lap in an effort to highlight the lack of policing of track limits at the race start.

While empathetic and supportive of the stewards and the role they perform, the two-time world champion did suggest there’s inconsistencies.

“Obviously there are different things at different times that is difficult to comment, because you are not involved and you don’t have all the data, all the information,” he suggested when asked if Verstappen is treated differently by the stewards.

“The stewards normally would take the decision that they think is fair and is the right thing.

“So we completely agree with them, sometimes we [for] ask clarifications.

“Some of the decisions maybe they were too hard, like touching the rear wing was a big fine which, from the outside, we see a little bit strange,” he added.

“Some others, like Turn 4 in Brazil, there were a lot of talks if that’s allowed or not.

“From the drivers’ point of view, we just want some consistency, to know exactly what do we can do, what we cannot do, but we always respect what the stewards decisions are making.”

The outcome to the FIA’s investigation is set to be made public on March 18 following a meeting of the World Motor Sport Council.