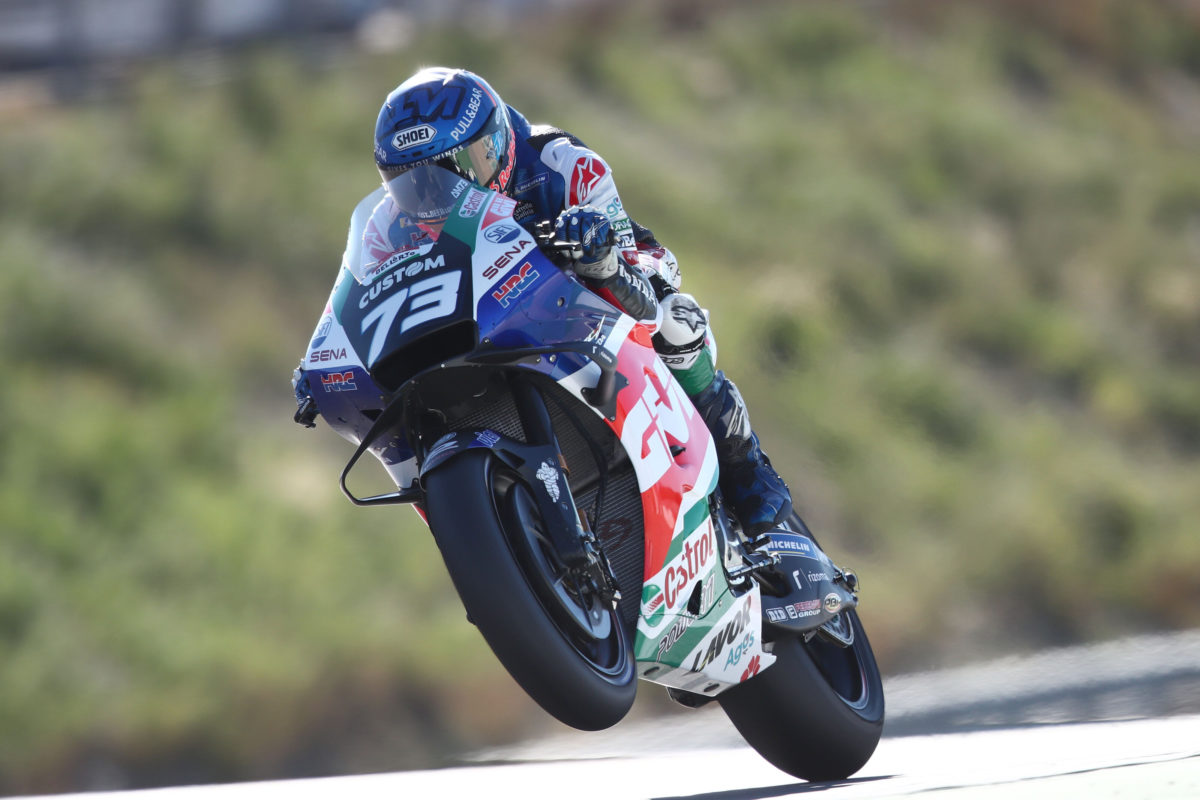 Alex Marquez admits he is focused more so on improving his own riding than he is about the prospect of a better Honda package for the 2022 MotoGP season.

The 2019 Moto2 world champion has two podiums to show for his two seasons in the premier class to date, both of which came in his rookie campaign at Repsol Honda.

While his inability to reach the rostrum last year can be explained in part by how uncompetitive the RC213V had become, the younger Marquez brother himself was also underwhelming.

Not only did finishing 16th in the championship leave him behind both factory Honda riders, it was also one spot worse than LCR team-mate Takaaki Nakagami ended up.

He is thus looking within, first and foremost.

“I know that I need to improve,” said Marquez.

“Not just the bike. I need to improve in more conditions, try to be a more complete rider, try to be always there and not make the up and downs that I did in this ‘21 season.

“I’m the first one that I need to improve. Then is true, if the bike has a great potential and we have a good bike, for sure will be a little bit more easy everything.

“I’m the first one that I know from myself I need to work and is what I’m doing this winter.

The upside, then, of battling so much last year is that one does indeed learn more, the 25-year-old believes.

“2021, especially in the beginning, was not easy, I think, for any of the Honda riders,” he noted.

“But, we work quite hard and quite well with all the HRC [Honda Racing Corporation] people and we did a really good improvement during the year. We finish the season in a great performance.

“[It] Can be better but was not bad from the point that we were in the beginning of the season, with confidence, with feeling. That is the most important thing.

“When you’re struggling like this, like ’21, also is a good year to learn as a rider. To try also when you have many problems to be more complete as a rider.”

Alex’s older brother Marc was not part of post-season testing after a motocross training crash left him with double vision and ruled him out of the last two rounds of 2021.

However, the six-time premier class champion has ridden an RC213V-S and a Honda Supersport bike in the past week as he seeks to be fit for the opening Official Test of 2022.

That takes place on February 5-6, after the Shakedown Test on January 31-February 2, both at Malaysia’s Sepang.